Travel writing 101: How to turn your trips into a tale 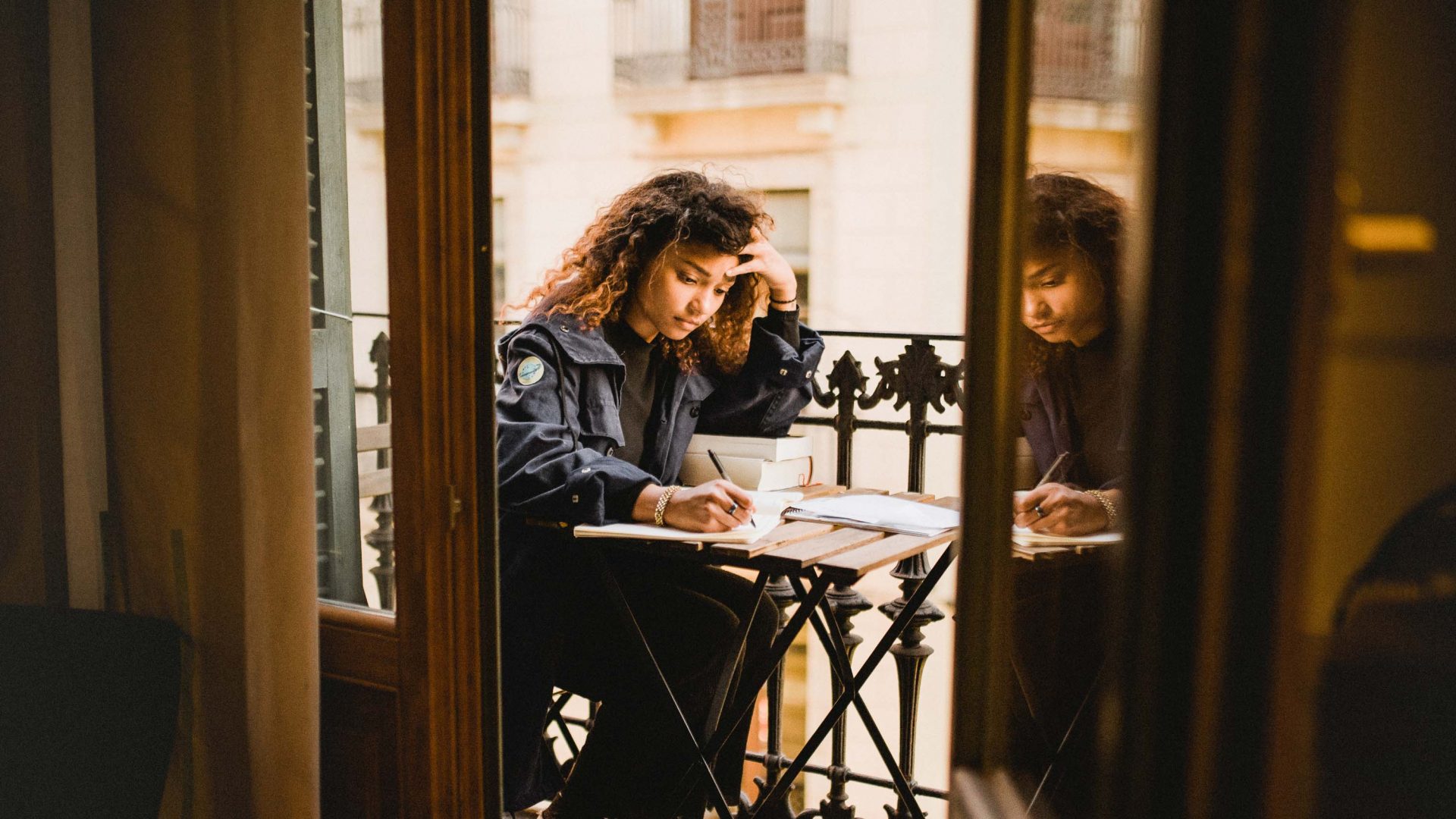 If you want to turn your travels into a story, how do you take notes while staying ‘in the moment’? Writer, filmmaker and adventurer Leon McCarron shares his tips.

When I first began traveling, it was by bicycle from New York City to Los Angeles, then westwards across Australasia—with a little help from boats and planes for troublesome oceans.

For a young man, it was mind-expanding—mostly by virtue of being in new environments. I also kept a journal of everything; partly for me, and partly with a vague idea to write it all up sometime, for posterity if nothing else.

A couple of years later, in a coffee shop in northwest London, I did just that. Unfortunately, I found my own notes agonizing. “Met a man called Mike in a town called Athens in Michigan,” I’d written. So far so good. “Had a really interesting conversation with him about the decline of car industry here, and his theory of why there’s so many alien sightings. Had coffee and rode another 20 miles before camping.”

It’s not hard here to see what’s missing. What did he tell me about cars and aliens? I learned the hard way that, if a written record is to be useful in the future, the details matter. That means more work, and some discipline—and I hope, a decade later, that I’ve learned a few things.

For what it’s worth, I don’t think documenting travel experiences only applies to professionals. They’re good skills for any traveler to have—by writing down an experience or conversation with details and dialogue, it’s that much easier to create a more concrete memory, and to process what that means.

At the end of 2018, I made another bike journey, from the Mexican border to South Dakota. For the first few days, I was focused on the new rhythm, and didn’t note much beyond the feel of the bike on my body.

Of course, we can’t collect everything. It’s impossible to record what we see all of the time, and nor is that useful. It’s up to us as travelers to decide what feels important or impactful.

On the third morning, however, outside a small town called Rodeo, New Mexico, I climbed out of my tent and met two brothers from Minnesota who were loading up a truck to head into the mountains. They worked for a company that maintained the powerlines in the desert, and with the temperature well below freezing, they were wrapped up so that only noses, eyes and mouths protruded.

“We’ll get you some coffee!” said Phil, reaching for a flask. Then, Andrew produced a small glass jar with a dark-blue liquid inside. “Blueberry moonshine,” he smiled. “Keeps the cold at bay.”

We each took a shot, and I asked them why they’d decided to come all the way down from Minnesota for work. “We’re brothers,” said Phil, “but I never get to see this guy. So when we got offered a job, I figured it was a chance to hang out again like we were kids. I love him, and it’s rare to get this time together.”

RELATED: How to make an award-winning adventure film (without budget or crew)

I met Phil and Andrew fleetingly, but what they said stuck with me. At the time, I was too cold and tired to produce an audio recorder, or even make detailed notes. Plus, I felt it wouldn’t really be appropriate—this was just two guys going to work, and extending hospitality to a stranger.

But when Phil began to talk about his brother, I scribbled down what he said verbatim so it wouldn’t be lost. I noted his facial expression, and the way they put their arms around each other when they joked. I wrote down the name of their company, then I snapped a picture of them both and went on my way.

Of course, we can’t collect everything. It’s impossible to record what we see all of the time, and nor is that useful. It’s up to us as travelers to decide what feels important or impactful, and to make sure we do it justice by documenting it accurately using whatever method we deem best.

If you’re sat around a campfire on a beach with new friends talking about life and the universe at 3am, it’s probably odd to start recording everyone’s philosophizing.

But on some journeys, I travel with my notebook out at all times, and have my smartphone to hand to record conversations in an instant. When I visited the Samaritans—perhaps the oldest religious group in the world—I didn’t want to miss any part of their unique Passover ritual.

The phrase I felt best described their position as a small community in a complex land—that they must “walk between the raindrops”—came almost as an afterthought after an hour of interviewing one of the community elders. Often, the most honest reflections come at the end of a conversation, when everyone has warmed to a theme and collected their thoughts.

This approach is clearly more journalistic, and not suitable for every occasion. If you’re sat around a campfire on a beach with new friends talking about life and the universe at 3am, it’s probably odd to start recording everyone’s philosophizing. If anything hugely interesting is said, perhaps a discrete scribble is best, and a mental note to write it up later.

RELATED: What does it take to be a professional adventurer?

I always travel with one small notebook in my pocket, which I constantly jot things down in—phone numbers, train times, descriptions, soundbites, my own thoughts. At the end of each day, I transfer those hasty, disconnected fragments into a larger notebook, and add context.

On a long trip, I’ll usually sit down once a week, summarize everything that’s happened, and pick out key events. Again, this is as much to help me appreciate what’s happened as is it preparation for writing it up in future. That second process too is its own beast. On the road, I just record and contextualise; editing and crafting is a job for later on.

Filmmaking is different. It requires more set-up, and while that’s rewarding in its own way, I find it creates more of a distance from the experience itself. I usually take photos of people and places of interest too (asking permission, of course). Some time ago, I realized that I enjoy the process of analyzing and sharing a story as much as I do being a part of it. But that said, it’s important to put everything away once in a while, even the notebook. Just as there are certain sunsets that will never come out well in a photo, there are experiences we’ll have where it’s better to be present.

On New Year’s Day this year, I was trail-running in a desert and met a man who’d just won a huge amount of money in the lottery and was going to buy a house for his daughter. And for himself, “maybe a racehorse.”

That’s all I can remember; that and that he was still so shell-shocked that he’d sporadically double-over laughing at his own luck. To be witness to these beautiful and odd idiosyncratic moments in life is a privilege—and sometimes to hold on to them feels like a guilty, luxurious pleasure that I’m happy to indulge in, once in a while. 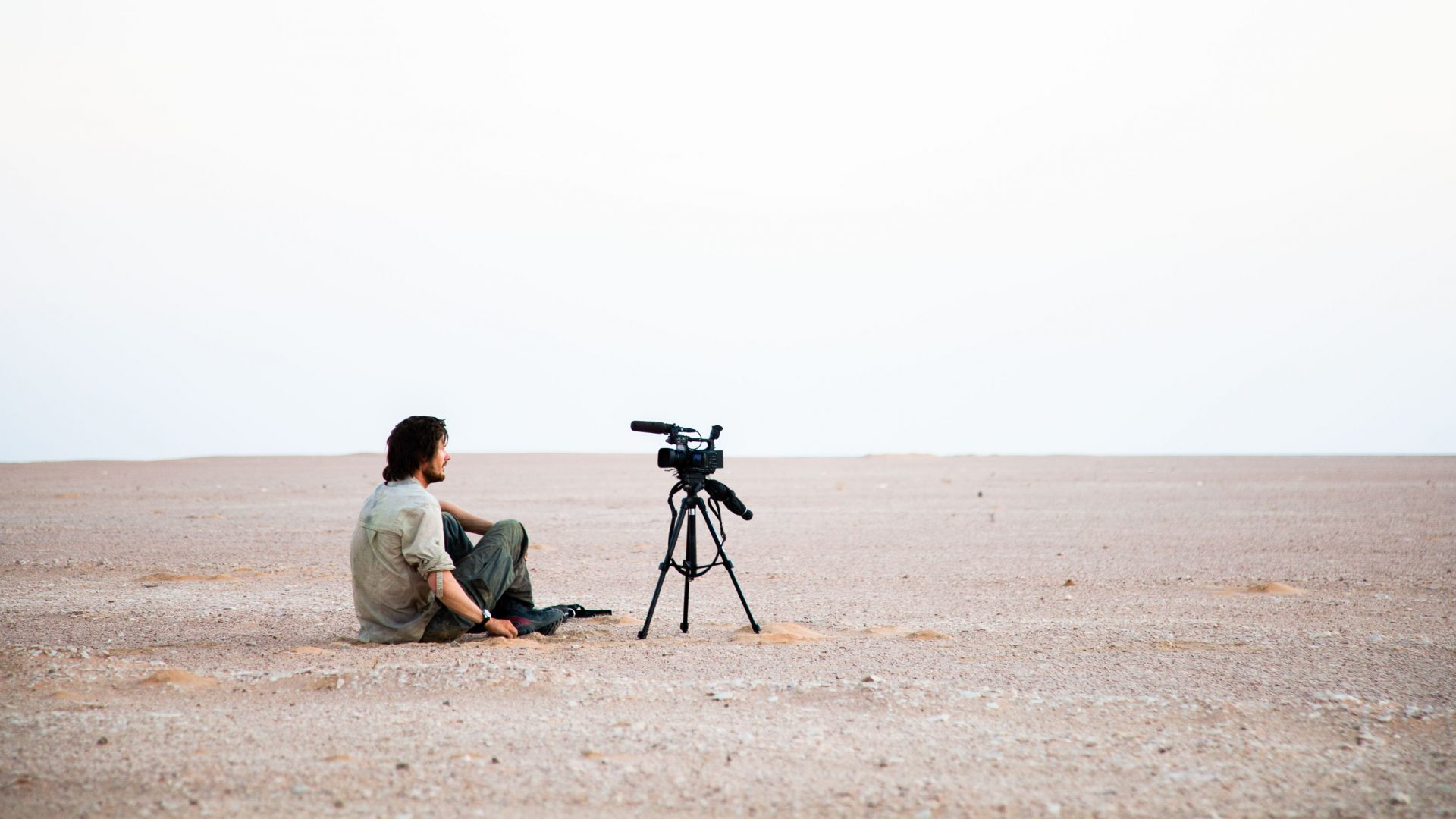