In photos: Is this the world’s oldest and smallest religion? 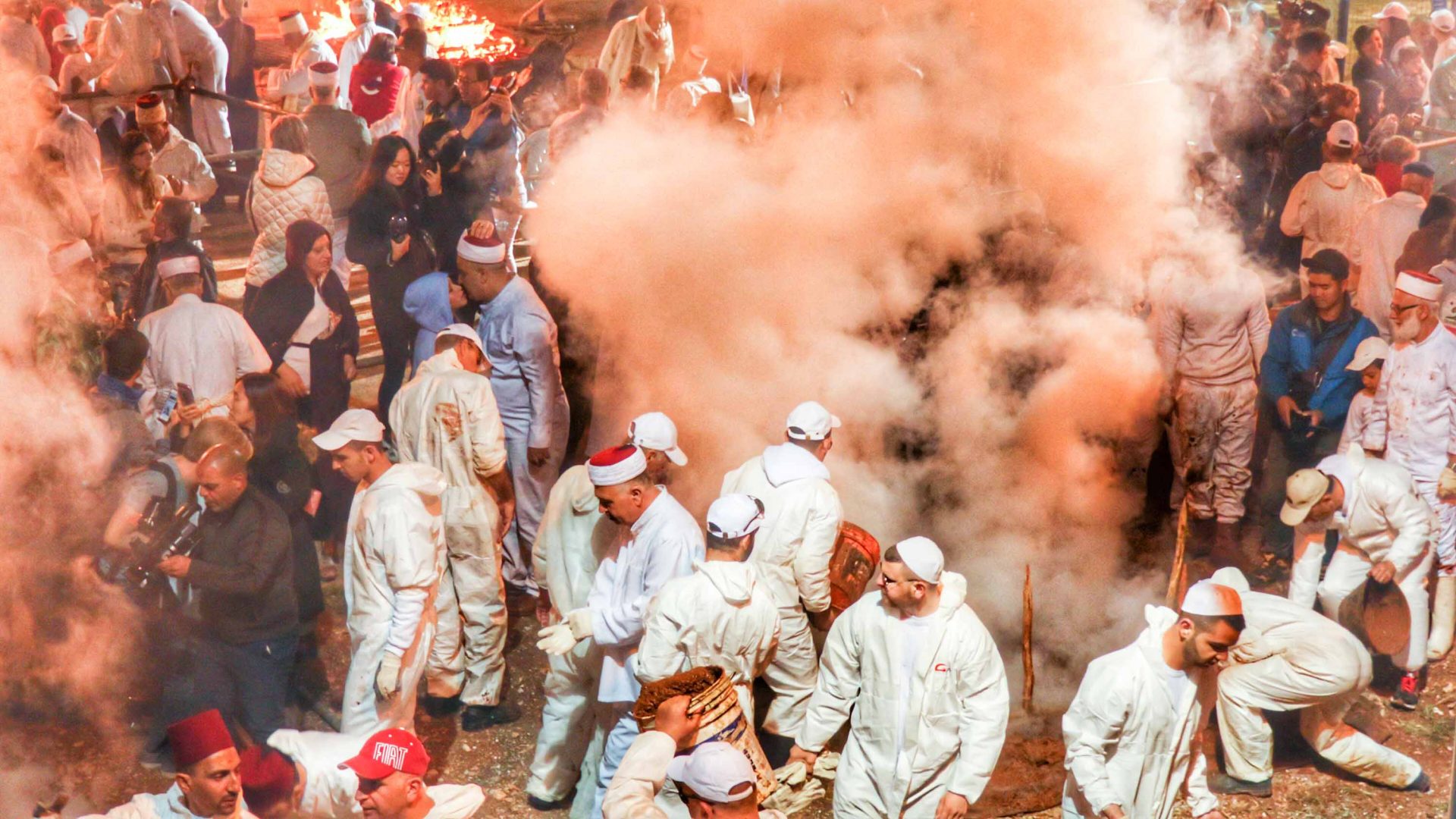 One of the world’s smallest and most ancient faiths, the Israelite Samaritans remain mysterious to many. Our featured contributor Leon McCarron traveled to the Holy Land during Passover to spend time with this unique community.

Jerusalem is often described as the holiest city in the world—after all, it’s held sacred by Jews, Christians and Muslims. And it’s fair to say that, in a land where we hear often of the separations along religious lines, the sanctity of Jerusalem to Abrahamic faiths is one that can be agreed upon—even if the sharing of that is far from simple.

And yet, there is another place held holy too, by another Abrahamic community. They are a faith and ethnicity that many of us may not even realize still exist: The Israelite Samaritans.

The name will be recognizable to those familiar with the Bible, and particularly from the parable of the Good Samaritan. In Roman times, there were perhaps a million and a half Samaritans but now, two millennia on, there are just over 800.

For the Samaritans, Mount Gerizim holds the greatest importance, and along with Mount Ebal, forms a huge valley which is home to the sprawling Palestinian city of Nablus. Samaritans believe that it was here, and not Jerusalem, where Abraham was asked to sacrifice his son Isaac. For the Samaritans, Jerusalem was simply a pagan site. For them, Gerizim is the holy ground.

In 2017, as the recipient of the Neville Shulman Award from the Royal Geographical Society, I traveled to the Holy Land to visit the Samaritans during Pessach or Passover. The occasion is observed at a slightly different time to the Jewish Passover. The Samaritans are a distinct faith and ethnicity, and though they share some traits, they are adamantly not a sect of Judaism—there are marked differences in their version of the Torah as well.

I had first heard their story the year before when walking through the region for my book, but this was my chance to learn more. What were the adherents of this ancient faith—who lay claim to being the oldest in the world—really like?

They are, of course, much like the rest of us. Abood Cohen, getting a shave above, is the grandson of the High Priest, and studies at the local university in Nablus. In his spare time, he likes to play computer games and basketball with his friends.

His parents, and many of the other working adults in the Samaritan village of Kiryat Luza on Gerizim, work regular jobs in Nablus and occasionally in Tel Aviv. This latter point is one of the ways in which Samaritans are unique—they are not Palestinians, nor are they Israelis. They hold the identity cards of both (which no other group can do) and travel freely through Israel and the West Bank. As a result, they can live on Gerizim, but commute to the hustle and bustle of the big Israeli cities.

All Samaritans must also adhere to the strict and ancient religious doctrine. I visited as a guest of the scholar Benyamim Tsedaka, who told me of the four pillars of faith: That there is one Almighty God, one Prophet (Moses), one Holy Book (the Torah) and one Chosen Place (Gerizim.)

The religion’s laws also instruct observation of the weekly Sabbath, and celebrating the seven festivals mentioned in the Torah. Passover is the most important of these and, in recognition of Abraham sparing Isaac, the Samaritans sacrifice lambs as he did. They are the only Abrahamic faith to practise animal sacrifice for Passover.

I was allowed to observe their Passover and it was one of the most remarkable events that I have ever witnessed.

Throughout the day, the Samaritans gathered, mostly dressed in white, with the elders in colorful, embroidered robes, to talk with one another and survey the preparations being undertaken by a few select professionals. As they chatted and the younger members took selfies, I was told regularly as I walked around that this was the best day of the year.

The carnival atmosphere continued until prayers began, and as night fell, the Samaritans sang and chanted in Ancient Hebrew—a language of which they are guardians, and the sole remaining speakers. In Hebrew, they are known as Shomronim, or ‘The Keepers’.

Eventually, the sheep were brought in and at the zenith of the prayers, the High Priest uttered the command. Within minutes, the carcasses were skinned and prepared, plunged into fire pits, then covered to create an airless chamber to be cooked in. The smell of roasting lamb permeated the air as families hugged, sang and celebrated into the night.

The rest of the Passover week was time for families to spend together, punctuated by visits to the synagogue. I wandered around the small village with Benyamim, Abood and others, and was reminded that a key function of the festival was for Samaritans to spend time with each other, not just in worship.

RELATED: In search of stories: How to travel like a travel writer

The final act would be the dawn pilgrimage to the most sacred spot on the mountain. At 4am, I stood outside the synagogue as the men of the community, dressed entirely in white, began the march to the summit. They’d stop at different stations of sanctity along the way, and as the sun flooded onto the mountain and across the Holy Land, the High Priest raised the Torah to the sky, above the spot where Abraham was asked to sacrifice his son Isaac, one of the most important Old Testament stories.

I consider myself fortunate to have had the chance to spend time with Samaritans during Passover, and on a number of occasions since. Less than a decade ago, there were just over a hundred Samaritans left, and so today’s figures show an encouraging upward trend.

The community is different, and unique, and for those of us who grew up with other Abrahamic traditions, the distinctions are fascinating. Yet it’s important too that we don’t exoticize them for those differences. They share and embrace many of the same traits that permeate the wider region—exceedingly warm hospitality, for example—and they combine their ancient practices with other elements of an ultra-modern lifestyle.

They also have a unique, liminal role in the complexities of the geopolitics of the region. Elders like Benny believe they can even be a force to help bring Israelis and Palestinians together; to be a bridge of peace. With the Samaritans going from strength to strength, it is certainly not impossible. Perhaps most important of all is that in a region that can often seem impossibly divided, they bring something rare and wonderful: Hope.