Is Pakistan really on the road back to tourism? 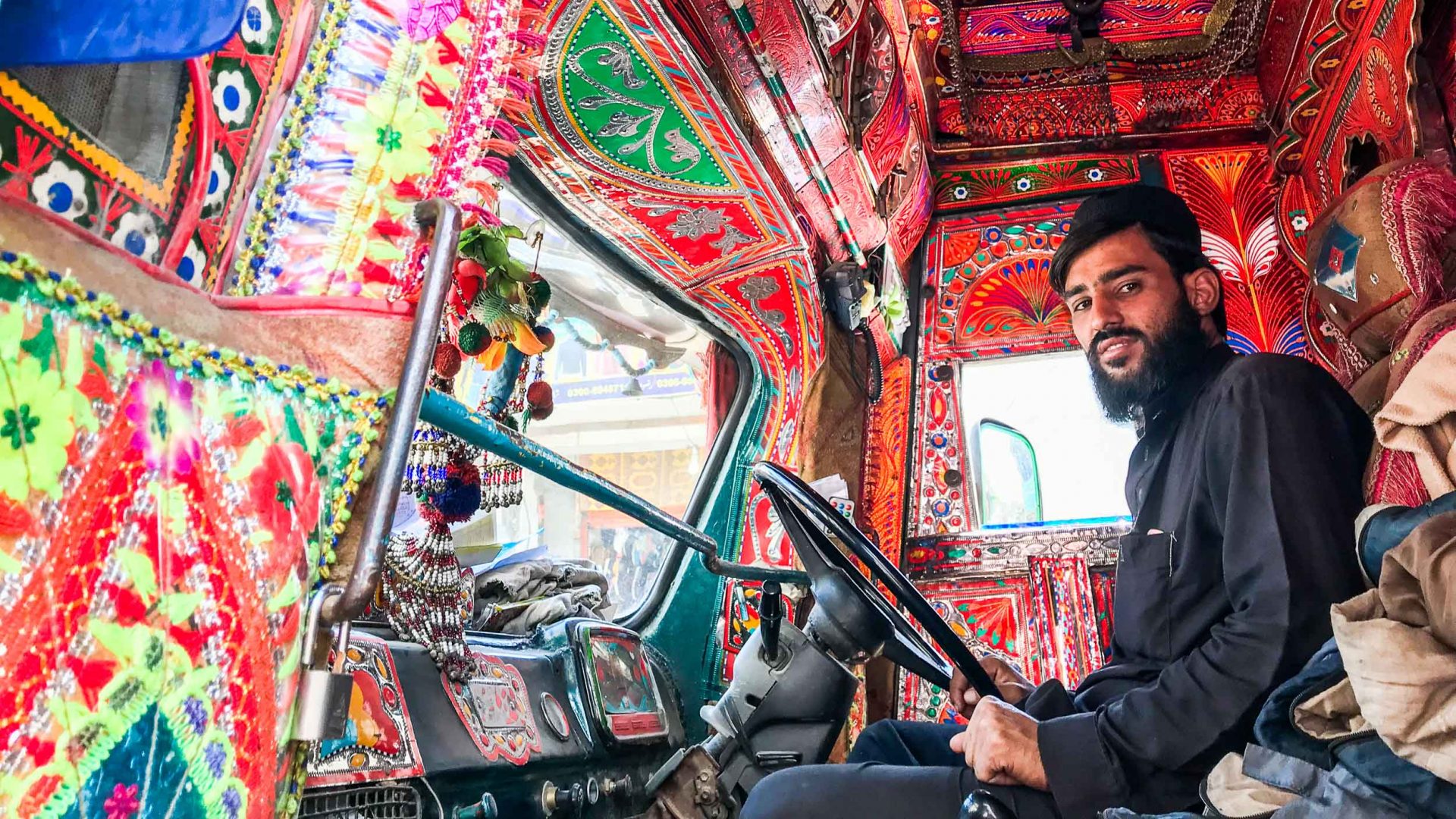 In 2018, British Airways launched London–Islamabad flights for the first time in a decade, and travelers from 50 countries can now visit Pakistan without pre-arranged visas. Emma Thomson explores the changing face of a troubled nation.

My head kisses the roof of the car with each bump in the road and dust coats me like a sugared croissant. But any discomfort is swallowed by the great yawn of the ancient Kaghan Valley.

The hour is late and the sinking sun casts the Kunhar River pewter and the far hills into a fading tier of purple silhouettes. Far below me, I spot a fisherman casting his line into the glacial waters.

It’s scenes like this that should entice travelers to northern Pakistan. Travel in the region isn’t always comfortable, but the rewards are as big as the panoramas.

The trouble is our opinions about the country are predominately shaped by news reports detailing politically instability, human rights abuses and state-sponsored terrorism. And while security is certainly an issue—during my time there, a bomb exploded outside a shrine in central Lahore and armed militants attacked a hotel in Gwadar in the south—it’s not the full story. While you can’t deny the stats, safety risks do also depend on where you travel and, most importantly, how and who with.

RELATED: House music in Pakistan? Meet the innovators cranking up the volume

A series of events over the last few years have conspired to bring real change to Pakistan. In 2014, the Taliban attacked a public army school in Peshawar killing 132 schoolchildren—and overnight, the Pakistan Army stopped turning a blind eye to their activities.

Then, after an 11-year hiatus, British Airways relaunched its direct London–Islamabad flight route and after cricket legend Imran Khan was elected prime minster in 2018, he’s been cracking down on corruption. He’s also opened the country up with a new e-visa system available to 175 nationalities (including the UK and USA), making entry simpler and faster. Visas on arrival are also open to 50 nationalities, although UK and US residents aren’t among them yet.

The re-established flight route means a lot to both locals and nationals living abroad. On the way to the airport, my taxi driver, Mohammed Aziz, explains: “A decade ago, there were dozens of British Airways flights a week to Islamabad and competition between the airlines kept prices low. Now we’re returning to that—a lot of people are happy and talking about it. Instead of it taking 15 or 20 hours because of connections, it only takes eight hours. It makes visiting family so much easier!”

“We kept thinking next year would be better, but it never was … When we had tourists, we had three meals a day, but with no tourists, we were down to one meal a day. We couldn’t afford wood or gas for the house.”

Today, bloggers and Instagram influencers are being invited to showcase the camera-worthy snow-capped 7,000-meter peaks—Pakistan has more peaks over 7,000 meters than Nepal and China combined—flower-filled fairy meadows and ancient forts.

And tourism is needed. Standing on a crest overlooking the gnarled, blackened mass of a glacier, I ask my driver, Mufti, how he survived the collapse of tourism following 9/11.

“It was terrible—just one or two groups a year,” he says. “We kept thinking next year would be better, but it never was. Not until two years ago did things start to improve. When we had tourists, we had three meals a day, but with no tourists, we were down to one meal a day. We couldn’t afford wood or gas for the house. Everything gets better and your money goes everywhere—to your driver, porter, even the rice growers!”

But travel in Pakistan needs to be done correctly. “It’s not yet a destination for young single travelers to be exploring without taking precautions,” says Maqsood Ul-Mulk, who owns a local tour operator and guesthouse in the village of Ayun, gateway to the Kalash Valleys.

Independent travel is possible, but it’s by no means easy. While some visitors have been able to apply for the new e-visa with just a hotel booking, most require a Letter of Invitation (LOI) from a UK or Pakistani tour operator stating that they will accept responsibility for you.

Local NATCO buses are slow and landslides can block mountain passes. Hitchhiking is possible but problematic at police checkpoints (which are numerous), and a (free) police escort is often insisted on. And solo female travelers do bear more risk.

Maqsood still recommends still using a tour operator. “It’s more expensive, but they give you advice on how to behave which is invaluable,” he adds. “I worked with a pair of bloggers and they inadvertently caused great offence because they weren’t aware of local customs. They were making chapattis and the young man made a smiley face in the dough and held it up to his face to make them laugh. But for us, bread is sacred—even if a tiny piece falls on the floor, we’ll dust it off and eat it. He meant well, but it really upset the villagers.”

Travel to Pakistan does require patience and an open mind, but those intrigued will discover a place that’s different from the one seen in the news.

Either way, you’ll require specialist travel insurance. Travel to Pakistan contravenes four out of eight ‘against all’ and ‘all but essential’ travel warnings and policies become null and void when you flout Foreign Office or State Department advice.

But let’s not drown out the joys of travel here with too much talk of red tape—because the joys are many.

Travelers can follow in Michael Palin’s footsteps and traverse the 3,734 meter-high Shandur Pass, home to the highest polo field in the world. Or they can spend time with the animist Kalash people of the Hindu Kush—believed to be the descendants of Alexander the Great, who passed through here with his armies in 327BC, they are famed for their colorful embroidered dresses and headdresses laden with cowrie shells.

Or how about a row out onto the toothpaste-blue Satpara Lake and stay at Khaplu Palace, the finely restored timber and mud-brick residence of the Raja of Khaplu in Skardu, a remote area snuggled away in the far northeast of Pakistan’s Gilgit-Baltistan region.

Then there’s the spectacle of seeing 100,000 worshippers shoulder-to-shoulder inside Lahore’s Badshahi Mosque, a 17th-century, red-sandstone Mughal-era beauty filled with intricate frescoes and motifs and crowned with three white-marble domes.

Travel to Pakistan does require patience and an open mind, but those intrigued will discover a place that’s quite different from the one seen in the news. There’s no denying this is still a troubled nation, and one that’s not the easiest to travel around without a certain amount of paperwork completed—but there are plenty of rewards for those who do go.

And it’s time we updated our opinions. As Maqsood so wisely says: “You have to see the reality on the ground for yourself.”

Emma Thomson traveled with Wild Frontiers who offer small group tours and tailor-made holidays to Pakistan. A single-entry visa valid for three months costs US$60 for UK and US residents.

Hell’s Angels? The motorcycle crew bringing tourism back to Pakistan 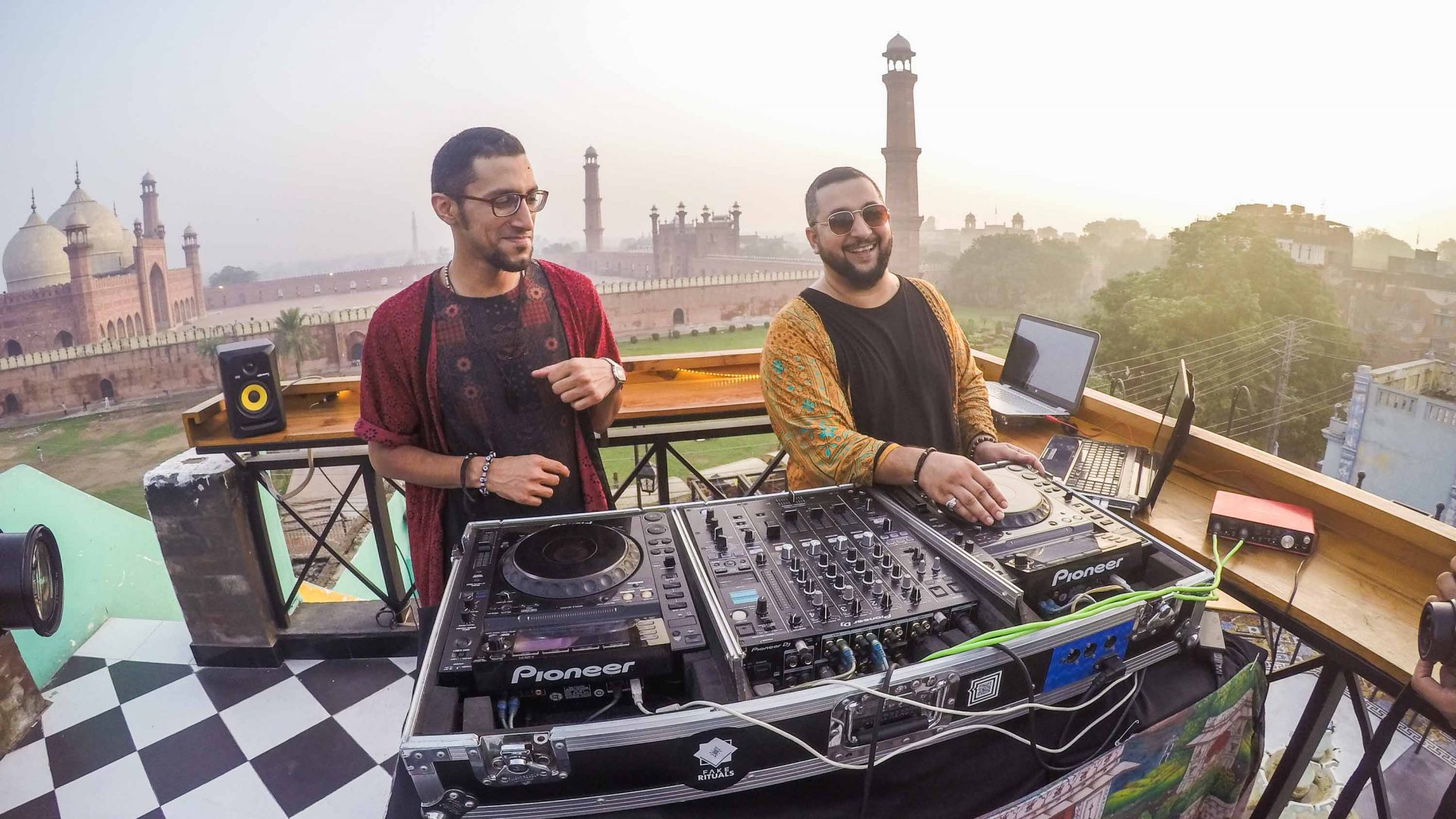 House music in Pakistan? Meet the innovators cranking up the volume