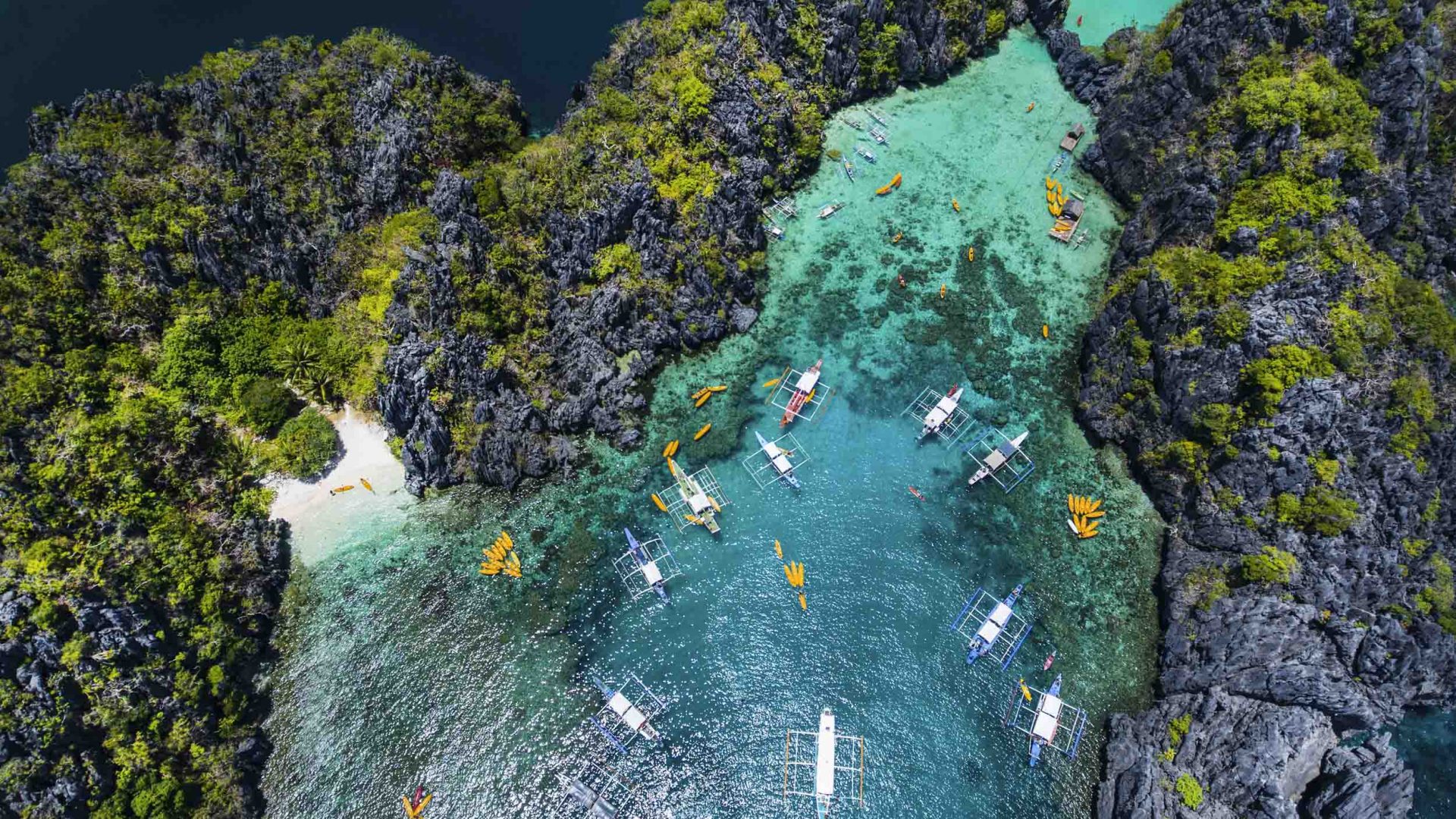 From an Olympian in hot water over a misleading shark stunt to the world’s best island destination and the re-opening of an iconic Californian hiking trail, here’s your wrap of the adventure news that has people talking this week.

The most successful Olympian of all time, swimmer Michael Phelps, has defended himself after fans were left feeling duped by a Shark Week stunt. Billed as ‘Michael Phelps vs. Great White Shark’, the event was set to offer a dramatic finale to Discovery Channel’s ever-popular Shark Week. But while fans were expecting Phelps to race an actual great white shark—because the advertising in the lead-up suggested that’s exactly what he would be doing—the reality saw Phelps race a computer-generated shark. “Turns out ‘Michael Phelps races a shark’ was really just ‘Michael Phelps swims alone and then compares his time to a shark’s time,’” wrote one Twitter user.

Locals in Venice, Italy, have expressed their frustration over the calamitous rise in tourism to the island city. The population of Venice has dropped from 175,000 post-World War II to just 55,000 today, with 2,000 Venetians leaving every year. In early July, around 2,000 locals marched against the tourism industry and there are plans afoot to prevent the cruise liners—which can deliver up to 44,000 tourists to Venice in a single day—from entering via the city’s lagoon. “It feels as if we’re at a point of no-return because it’s already out of control,” one local told The Guardian.

The island of Palawan in the Philippines is officially the world’s favorite island for the third time. As voted by readers of Travel + Leisure magazine, the island was judged on its food, activities, natural attractions, beaches, friendliness and overall value. Also in the top 10 were Boracay (also in the Philippines), the Galapagos Islands (Ecuador), Bali (Indonesia) and Maui (Hawaii).

Adventure.com contributor Paula Froelich has called out comedian Chelsea Handler for ripping off her trademarked brand. Froelich, who owns the rights to the ‘A Broad Abroad’ brand, has taken issue with Handler after a segment aired on Netflix using the same name. “I guess imitation really is the sincerest form of flattery,” Froelich told Decider. “The good news is it proves my point (that I have been making for several years now) that women and adventure—with humor—is relevant and has a huge audience.”

Nearly two million fewer international travelers visited the US in 2016 compared to previous years. The tourism slump comes after seven years of continued growth and the time frame coincides with the presidential election in November. While travel news site Skift say it’s “not clear” what impact politics had on the figures, destination marketing company, Brand USA, found that the majority of the US top visitor markets (except China) were less likely to visit because of the current political climate.

Adventure.com contributor and Australian Travel Writer of the Year 2016 John Borthwick has been nominated for an NRMA Kennedy Journalism Award for his story ‘The circumference of my knowable world: An Australian hitchhiking odyssey’. The story recounts in electric detail a trip that Borthwick, who’s from Sydney, took in the late 1960s around Australia. “I borrowed $20 to flee the academic, economic and romantic corpses strewn (I imagined) behind me,” it begins. “I would take to the roads, disappear forever. Or at least hitchhike around Australia, the circumference of my knowable world.” The winners will be announced on August 11th.

Elsewhere, we’re running a competition for UK-based adventure fans to win tickets to the Adventure Travel Film Festival, the New Zealand Herald published a few tips for those hoping to get a free flight upgrade, and California’s Big Sur coast has re-opened to hikers only after being battered by floods last winter.

Hot times on the Sulu Sea: A voyage of immoderate proportions