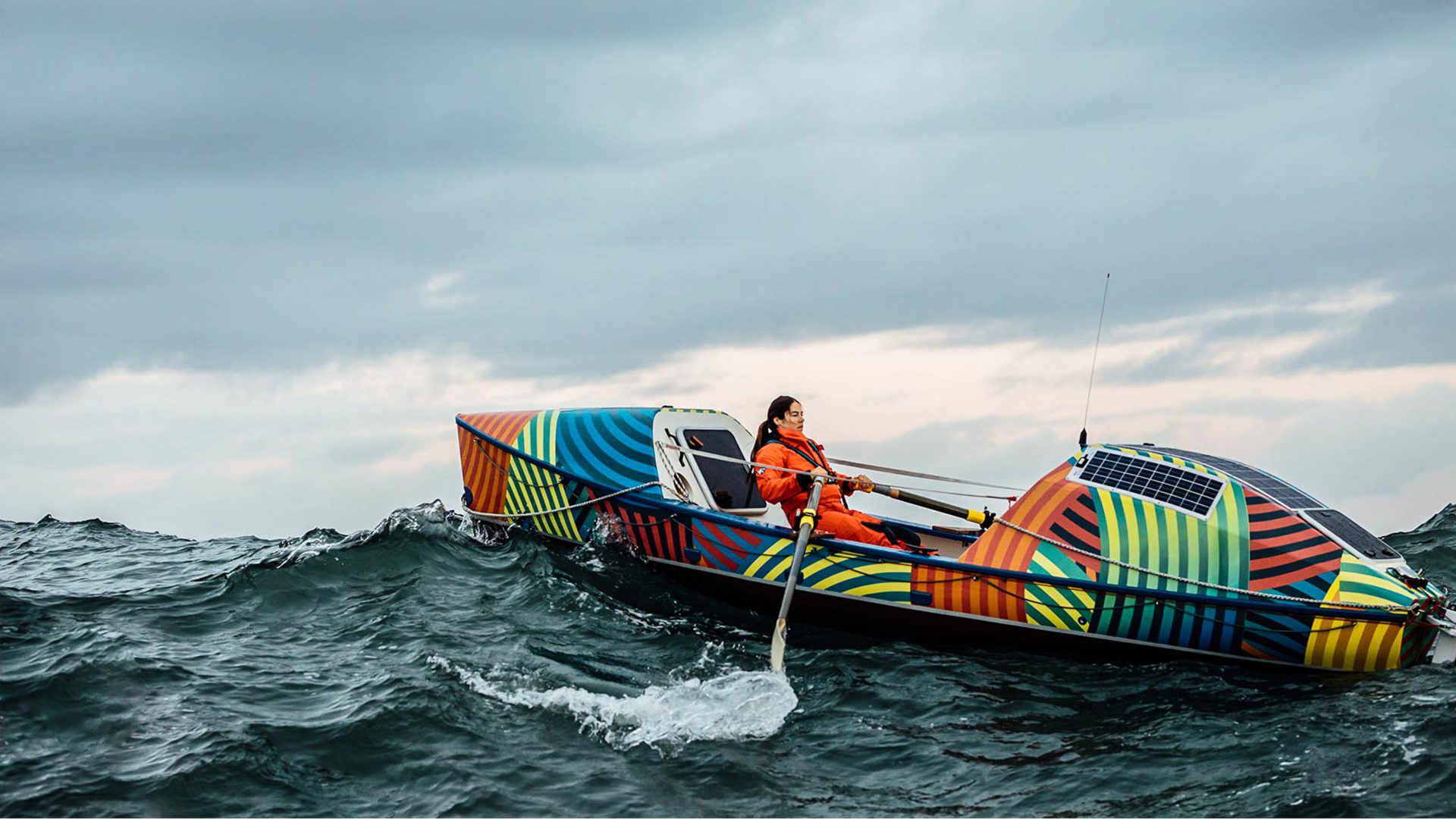 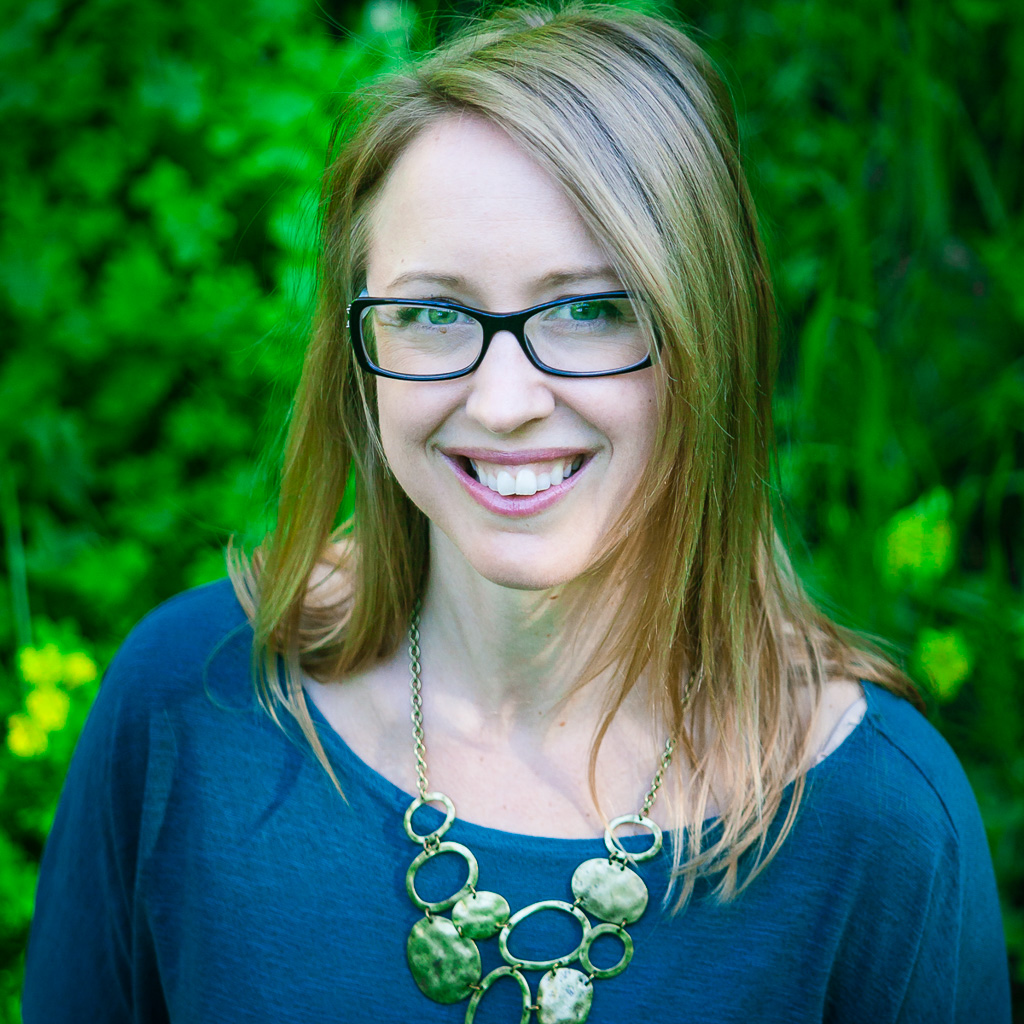 For adventurer Lia Ditton, conquering the world’s oceans and setting records isn’t enough—she wants to lead by example and inspire the next generation of female adventurers, too.

Lia Ditton pulls hard on the oars, propelling her six-meter rowboat through churning seas the color of gunmetal. The Farallon Islands hover like ghosts in the distance, 50 kilometers offshore from San Francisco.

These mythical islands were known as ‘Islands of the Dead’ to Native Americans, and ‘Devil’s Teeth’ to sailors for their dangerous underwater shoals. Many a boat has shipwrecked on these volcanic outcroppings, pushed toward the jagged rocks by currents, tides and wind.

But 38-year-old Ditton is out in these shark-infested waters alone, fighting to become the first person—man or woman—to row to or from the Farallons since 1898, when a lighthouse keeper and his wife rowed ashore to find help for their sick child.

She yearns to make a record, to prove to the world that she can accomplish this incredible feat. And after 10 straight hours of rowing on a foggy day in October, Ditton is just eight kilometers from her goal. She pushes on until she can row no more, and throws her sea anchor out to catch a wink of sleep. “I had rocks to my left and rocks to my right,” she says. “I was in the middle of two of the Farallon Islands. I wasn’t just near the Devil’s Teeth … I was in the mouth.”

Ditton settles down to sleep, jostled gently by the rolling gray waves. The smell of bird poop and salt is inescapable; acrid in her nose. Tomorrow, she’ll do it all again, surging on relentlessly, like the sea.

Growing up, Ditton never dreamed of becoming an ocean rower, or even a sailor. In fact, every summer, her parents forced her and her brother to spend months on their six-meter sailboat. They’d shove off from Britain and sail all the way to Italy on a boat two feet smaller than Ditton’s current rowboat.

“By 14, I swore I’d never set foot in another sailboat again,” says Ditton. She became a long-distance swimmer during those summer months so she could get away from the boat and onto land. “I became a navigator so we could get to our destination faster. I could swim, row and navigate by the age of eight, so I could find out ways to get off the boat.”

Her parents were amused when, after a trip to Thailand at the age of 21, Ditton decided to sail back to the United Kingdom. She spent five months on that sailboat, stopping in country after country, learning the ropes of what it takes to sail a larger boat. That was when Ditton realized she loved the ocean. Everyone told her that the Caribbean was the ideal place to nurture her newfound love, so that’s exactly where she went.

It was in those warm, turquoise waters where Ditton became a sailboat captain, and despite the odds, a racer. “The male sailboat racers didn’t consider women to be sailors,” she says. “They wanted me to make sandwiches and unpack spinnakers. It was insulting! All I wanted to do was race.”

“I felt like I belonged and I was part of the ocean. The oars were an extension of my arms. I felt so wild and free.”

Eventually, she became the youngest competitor and only woman to complete the OSTAR 2005 Single-Handed Trans-Atlantic Race, an east-to-west yacht race across the North Atlantic. She won second place in France’s prestigious transatlantic race, Le Route du Rhum between France and the Caribbean island of Guadelope, and then took third place in the 2007 Transpac race from Los Angeles To Hawaii.

To date, Ditton has sailed 150,000 nautical miles—that’s the equivalent of eight laps around the globe.

But it was when Ditton was working a boat show in London when a Danish Olympic rower asked if she wanted to row across the Atlantic. “I was shocked. I thought, ‘Me? Row? I’ve never rowed a boat before. Are you out of your mind?’” says Ditton.

But her interest was piqued, and Ditton—never one to bypass a challenge— got her hands on every rowing book she could. Then, she entered the Woodvale Challenge, dubbed the ‘the toughest rowing race on earth.’

RELATED: Overlanding tales from women on the road

From the Canary Islands to Antigua in the Caribbean, Ditton rowed 3,000 nautical miles, becoming the 53rd woman to row the Atlantic Ocean and the 64th woman to ever row any ocean. “I knew within hours of finishing the race that I’d row again,” says Ditton. “I loved it, it was magic. The proximity to the water, the interactions with the wildlife … I felt like I belonged and I was part of the ocean. The oars were an extension of my arms. I felt so wild and free.”

Ditton had found her calling. And, in 2015, she decided to pursue ocean rowing full-time.

Fast forward to early 2018, and Ditton took on a 12-and-a-half-day ocean row from San Francisco to Santa Barbara. Thirty-foot waves jostled her small ocean rowboat as if it was a toy, smashing frothy surf over the deck as Ditton struggled to stay lucid.

The wind howled, her damp hair whipped her face, and she started to hallucinate. She had been rowing the high seas for 10 days, dodging container ships, and catching sleep for just an hour or two at a time.

“I have endless stories about going against the tide, being a woman in a male industry. I want to be part of changing that, to show girls it is possible to be a female adventurer.”

“There was one point where I was pulling the sea anchor and I saw a tiny hand trying to push up the forward hatch!” says Ditton. “I had to tell myself it wasn’t real; there’s no small person in the forward cabin.”

She was out there navigating on just a few hours of sleep, the hot Santa Ana winds raging over the nearby coastline, whipping the waves into a frenzy. But she fought through her exhaustion to land in Santa Barbara just two days later.

But that’s not the end of Ditton’s adventures. Just a few months after her strenuous coastal row, Ditton is ready to take on the Farallons, rowing hard and deep, racing to become the first person around those mystical, jagged peaks. She often says that rowing is a mind game—she has to persuade herself to keep going, just for a little while, then rewards herself by standing up. “I bribe myself with standing up and sleep rather than food,” she says.

Three days after setting out, Ditton beat her goal and finished the 112-kilometer row. She called it a “marathon effort, a sprint”. She said she had to push on, to keep going before wind mashed her boat into the island’s rocks.

Now, Ditton’s mind is on the future—of rowing around Catalina Island in southern California this year, then in 2020, taking on the mighty Pacific. “My goal is to be an advocate for women and empowering women,” Ditton says. “Particularly young girls. I have endless stories about going against the tide, being a woman in a male industry. I want to be part of changing that, to show girls it is possible to be a female adventurer.”

Kristin Hanes is a freelance writer and journalist living on a sailboat in San Francisco. She loves exploring nature, hiking, snorkeling, scuba diving and backpacking, and has been published in Fodors, Marie Claire and more.