When she first arrived in Wildwood, Adventure.com photo editor Nicola Bailey wasn’t exactly enamored by it. But as she spent more time there, she began to fall for the charms of this very real, very proud, and very neon place.

There was a time, not so long ago, when I was nearly a reality TV star.

I was living in New York, and the show was about myself and a colleague secretly photographing people’s marriage proposals. We filmed a bunch, but the show never made it to TV for one reason or another. In one fell swoop, my dreams of fame, fortune—and becoming a D-list celebrity—were shattered. Life clearly had grander plans for me.

But it wasn’t all bad news. During some of the filming, we were whisked off to Wildwood. On the coast of New Jersey and on a barrier island facing the Atlantic, Wildwood has a population that usually sits around 5,000, but can swell to 250,000 in the summer. Yes, it’s one of those towns.

Originally built as a resort city, it was immediately evident that visitors mainly come to stroll along the three-kilometer boardwalk, gorge on hot dogs, get wildly drunk at the many boardwalk bars, sunbathe on the gray sands, and spend their dimes and dollars at the ageing amusement and water park.

RELATED: Photos to transport you to the desert utopia of Burning Man

With the ocean a fair distance from the boardwalk, I’d heard that it’s not uncommon to have the beach come alive with events and concerts during the summer months, including ultimate Frisbee tournaments, the Firefighters Parade, and monster truck rallies.

It seemed that Wildwood was trying to be the ultimate vacation spot, offering something for the whole family. But I wasn’t there with family, and the vibe wasn’t working for me.

That is until I discovered Wildwood’s real stars: An entire district of post-war modernist motels from the ‘50s and ‘60s, all built within steps of the carnival-esque surrounds of the Wildwood boardwalk.

The motels went up to accommodate the influx of vacationers. Resplendent with fake palm trees, garish neon signs, vibrant paint jobs, and space-age designs, they were nothing short of bedazzling.

Over 300 motels were built in Wildwood during what is known as the Doo-Wop era, a term that pays tribute to the musical period of rhythm and blues created in the 1940s by young African-Americans that made Wildwood famous at the time.

So why Wildwood? The economy was booming in post-war America—people were feeling upbeat about the future and they had money for leisure. TV had overtaken radio in terms of influence, and advertisers were also using this opportunity to start marketing cars.

Armed with their new sets of wheels and their disposable incomes, families could now take vacations further afield, which helped lead to the birth of Wildwood. With its boardwalk, non-stop entertainment and performances by some of the greatest Doo-Wop stars and other musicians of that time, it was the ideal getaway.

The motels went up to accommodate the influx of vacationers. Resplendent with fake palm trees, garish neon signs, vibrant paint jobs, and space-age designs, they were nothing short of bedazzling. Many of the motels went for a fantasy theme, and often referenced popular culture.

Because of the direct Highway from Quebec, Wildwood also became a popular vacation spot for French Canadians and so, in the middle of this ever-so American landscape, you’ll also find motels doing their very best French accent. The Sans Souci Hotel, for example, was designed to attract French Canadians—’sans souci’ meaning ‘no worries’.

The Wildwood Doo-Wop Preservation League has stepped in to save the remaining motels, recognizing the important place they have in a historical and cultural context.

It was hard to miss the motels. With bright neon signs competing to attract passing motorists, and names like ‘The Jolly Roger’, ‘The Crusader’, ‘The Adventurer’, ‘American Safari’, and the ‘Yankee Clipper’, I felt I’d entered an alternate universe.

I also learned that ‘Rock Around the Clock’, considered the first ever rock’n’roll record, was performed by Bill Haley and the Comets at the town’s Hofbrau Riverfront Motel, and that Chubby Checker’s ‘The Twist’—which went on to become a huge dance craze—was first introduced at Wildwood’s Rainbow Club. Ground zero for rock’n’roll it isn’t, but those are some weighty credentials nonetheless.

RELATED: How has travel changed since the ’70s?

But Wildwood’s architectural future may not be as brightly colored as its past. While grabbing a bite to eat,  I got chatting with a local who explained that many of the iconic motels had already been knocked down to build new apartment buildings. All is not lost, however…

In 1997, the Wildwood Doo-Wop Preservation League was set up, and the non-profit organisation has since stepped in to save the remaining motels, recognizing their historical and cultural context—not to mention the benefits to tourism. They want to make more people aware of the culture and imagery of the 1950s and 1960s and, above all, preserve the largest collection of mid-20th century resort/’Doo Wop’ architecture in the USA.

Now, there’s even a museum. The Doo-Wop Experience and Neon Sign Garden contains neon signs and furniture from demolished motels as well as other artifacts that celebrate the music, art, architecture, design and pop culture from the ‘50s and ‘60s.

Yes, Wildwood was bold, brash, and ridiculously kitsch—but it was proud of it. For this alone, it deserves credit.

“Heritage tourism is a growing economic catalyst to our community” says Michael Hirscht from the Wildwood Doo-Wop Preservation League. He also adds that baby boomers go on longer trips, at a more leisurely pace, and have money to spend—and that’s good news for the local economy.

As I made my way back along the boardwalk that night—towards my own, less-than-exciting hotel—I realized that my initial contempt for Wildwood had been unfair. Sure, Wildwood was bold, brash, and ridiculously kitsch, but it was proud of it.

And for this alone, Wildwood deserves credit. These motels tell the tale of shifting times and increased affluence in post-war USA and their enduring appeal is now obvious. I know that if I ever find myself in New Jersey again, I’ll be heading straight to the nearest plastic palm tree and pulling up a pew to watch the world go by.

Nicola is an award-winning photographer who lives between her homes in Sydney, Australia and New York City. She has a particular interest in remote and challenging locations, and the visual stories that come out of them. 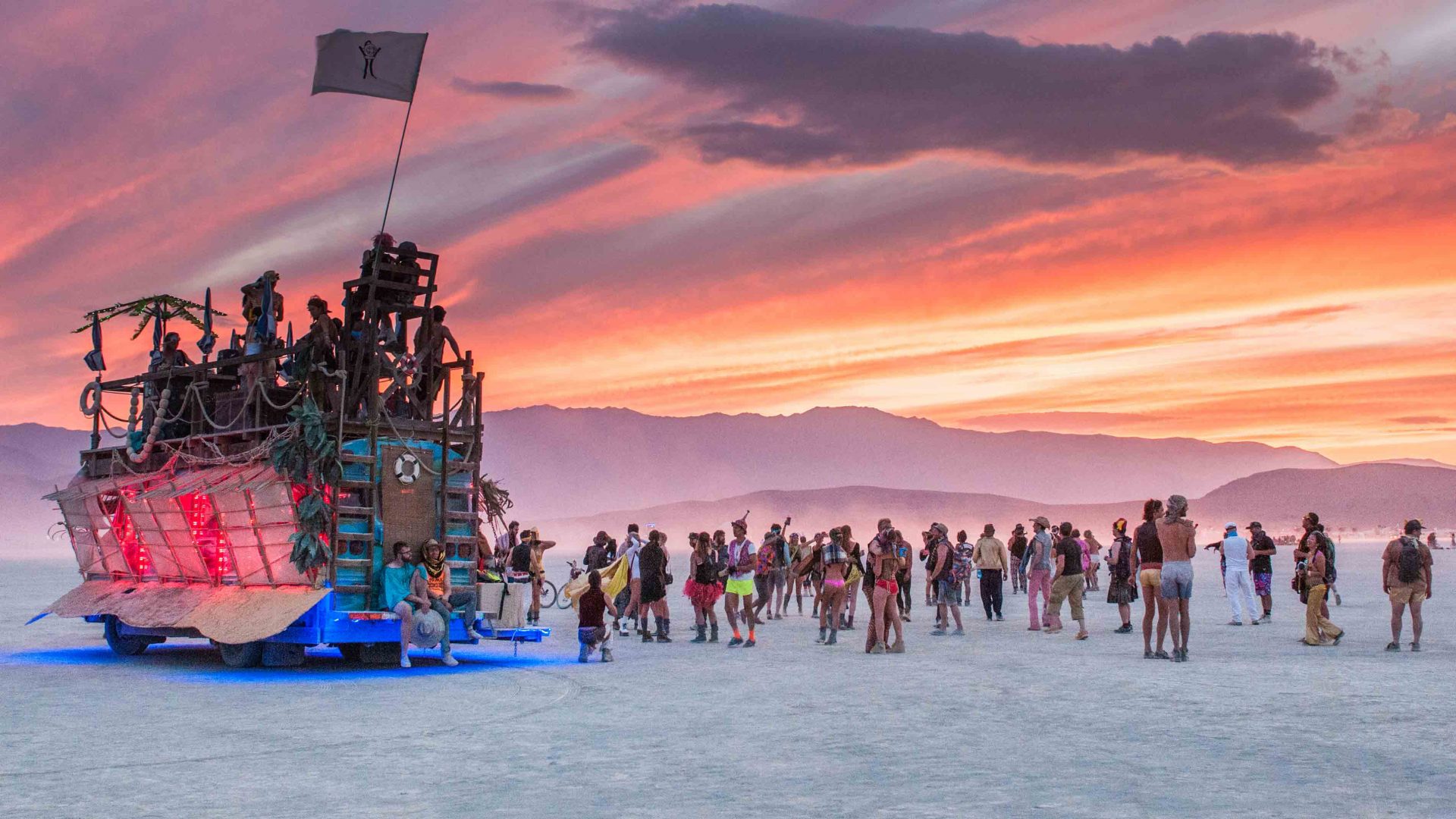 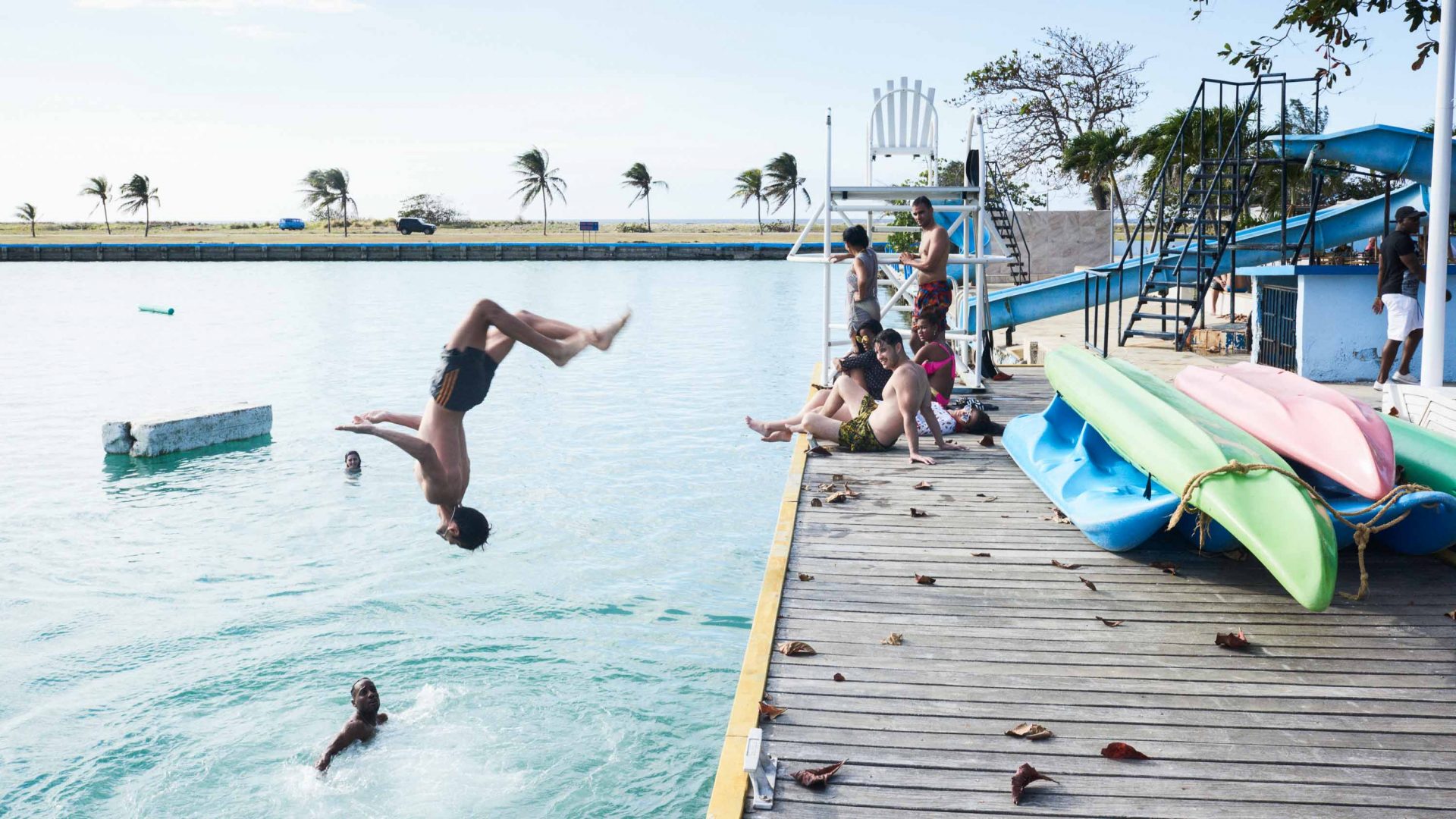 Cooling off in Cuba: A love letter to Havana’s swimming spots