What can America’s ghost towns tell us about the country’s past, present and future? 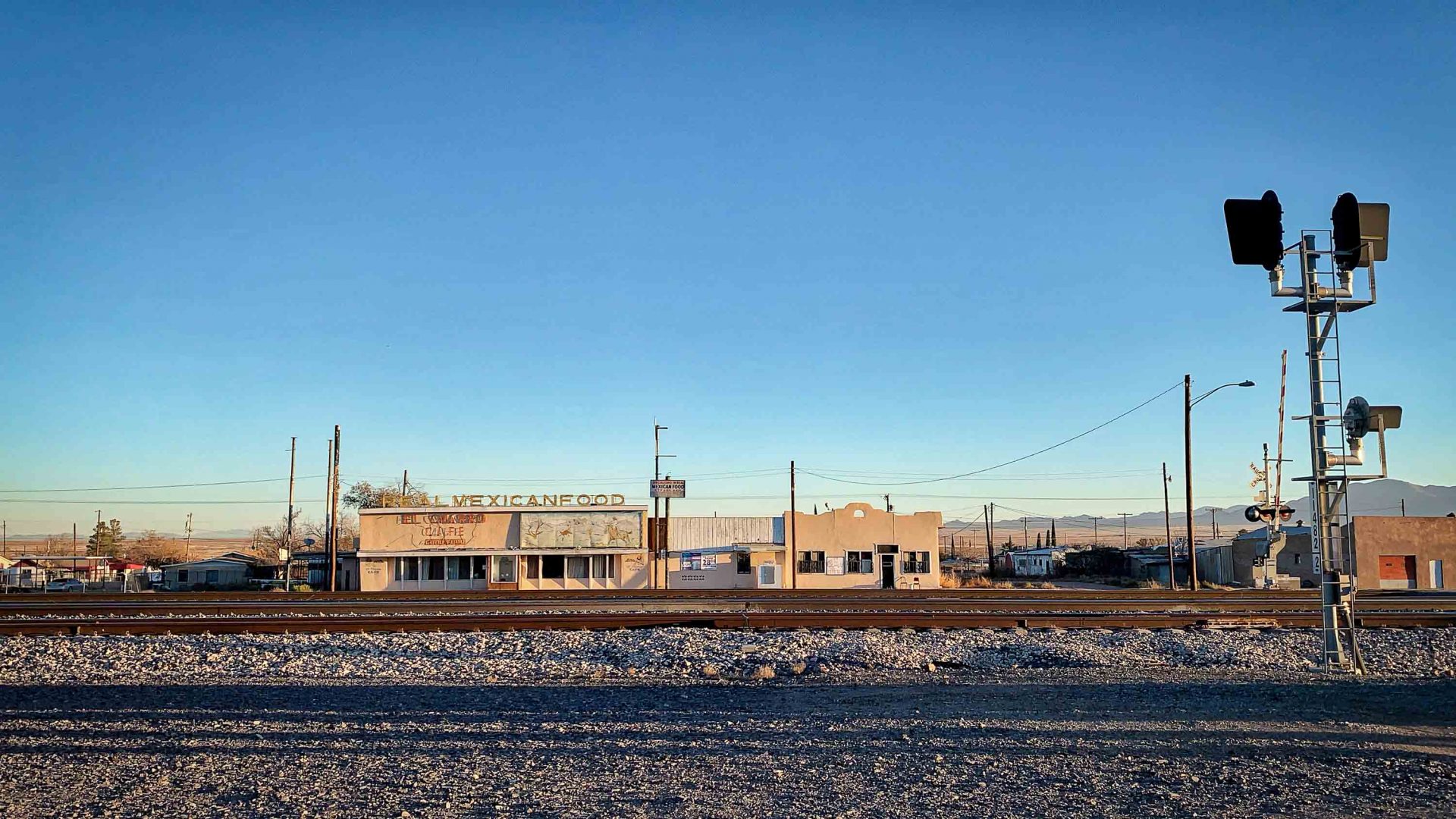 A world away from New York City and Los Angeles are America’s forgotten towns, fractured remnants of their Gold Rush heyday when railroads and gems offered hope and wealth, as Leon McCarron finds.

The town was built around a dusty T-junction, with a well on the left and a battered, somewhat wishful-thinking General Store ‘Buy, Sell, Trade’ sign on the right.

In painted red letters hanging above a rusted wagon wheel, the shop’s motto adorned the awning: ‘Ashes to ashes, dust to dust, if we don’t have it, it isn’t a must.’Wooden steps led to two large, handmade saloon doors, firmly bolted shut. The windows had been boarded up, and gravel and dust layered everything. Further along was what at one time must have been the center point of the town—the Longhorn Saloon. The sign was written in the slanted font we now associate with the ‘Wild West’ era and dated the wooden building to 1906. Two rows of animal skulls completed the decoration.

I’d arrived in Scenic, South Dakota, on my way across the USA on bike. I’d picked it out on a map in the hope of picking up some supplies and filling my water bottles. Sadly, neither were possible.

Scenic is a ghost town—one of over 4,000 in the country. They’re largely associated with the Gold Rush, and the subsequent influx of people to regions in the Midwest that held such great promise for precious metals.

Towns sprang up to support the new industry but, when the exploitation was complete (or didn’t deliver), there was nothing left to keep the population hanging around. Some towns were abandoned almost overnight; others saw a slow decay eat away at their foundations until eventually, no-one remained.

Steins, New Mexico began as a mining town, but really blossomed when the railroad came through in the 1880s. After the Second World War, the railway service stopped, and Steins was condemned.

Other parts of the country saw similar patterns for different reasons. Towns grew around oil discoveries, and as the USA expanded westwards, populations developed along the railroads. These too have been slowly dying out in the last century as resources and jobs have faded, and as the centers of influences in the US have shifted.

The Great Depression, a global nosedive of the economy that began in the US, tore apart rural communities in the Midwest, and left behind only the dusty and rotten skeletons of what were once thriving towns.

Scenic was historically a stopping point between the South Dakota Badlands and Rapid City, but when a new highway was built to bypass the town, there was little reason left for anyone to stay.

I met two people, though only briefly. One was a slightly abrasive older woman who didn’t trust us four cyclists, and the other was a younger—though no less abrasive—woman who claimed to own the town.

RELATED: In praise of the storied Gold Rush saloons of America’s West

She’d put the town on eBay, without much luck, but was refusing to budge from the asking price of $3m. For a town that size, close to the Badlands National Park and with world-class view out across the plain, it didn’t seem like a bad deal. Unfortunately, though, it was slightly out of my price range. I found out later that an agent stepped in, cut the price to $799,000, and the competition went wild.

The eventual buyers were a Filipino church, Iglesia ni Cristo, or ‘Church of Christ’. Ostensibly an independent Christian movement (although notably rejecting some key doctrine), they are one of the fastest-growing religions in the world and have gathered a following of nearly two million people, including 600 congregations outside the Philippines (in 60 different countries).

“This town’ll probably fade out too … You can’t live forever just as a place in-between other places. There’s gotta be something more to keep people around.”

Following the purchase of Scenic in 2011, they refused to say much about their plans, which is unsurprising as they are renowned for secrecy. Inevitably, this led to a few concerned ranchers in the local area worrying about possible cult activities. So far though, aside from a minister moving in to preach to the 10 or so people who live nearby, little else has happened. The purpose of the purchase, and what happens next, remains a mystery.

Last year, on another bike trip, I passed through the town of Steins in New Mexico. Like many in the area, it began as a mining town, but really blossomed when the railroad came through in the 1880s.

After the Second World War, the railway service stopped, and Steins was condemned. It had no natural water source, and its regular supply of delivered water ended with the thoroughfare of the railroad.

Those who lived there slowly left until eventually everyone was gone. When I visited in 2018, the remaining buildings looked fragile and eaten away by weather; an outdoor museum lacking much care or attention.

For a brief spell, ghost tours had been run for tourists but, when the owner was murdered, those too stopped. My only companion that day was an angry dog and a bird of prey circling high above. Neither made me want to hang around.

I visited Steins after spending the night in nearby Lordsburg, New Mexico, and I was struck by the similarities between the two.

Lordsburg is very much not a ghost town; it’s a city of just under 3,000 people. In the last decade though, it has lost 10 per cent of its population. Built on the route of the Grand Pacific railroad, in its heyday, there were 16 bars servicing the workers and travelers that passed through.

I was told this by the owner of the one bar that remains there today. A local rancher told me that night, over a beer, that he figured: “this town’ll probably fade out too.” There was nothing to keep people there, he said, except as a rest stop on long drives on Intestate Route 10 that runs to the West Coast.

“But you can’t live forever just as a place in-between other places,” said Bill. “There’s gotta be something more to keep people around.” Lordsburg too, he predicted, would be a ghost town before long.

The US, like all countries, is constantly morphing and developing. As industry changes, and transportation routes move, areas of populations are born and die.

Close to Steins, a construction worker on the highway told me that he’d always viewed places like this as a good reminder not to hold on to anything too heavily. “It’ll all change,” he said. “That’s how this country always worked. We might as well just be ready to move with it.”