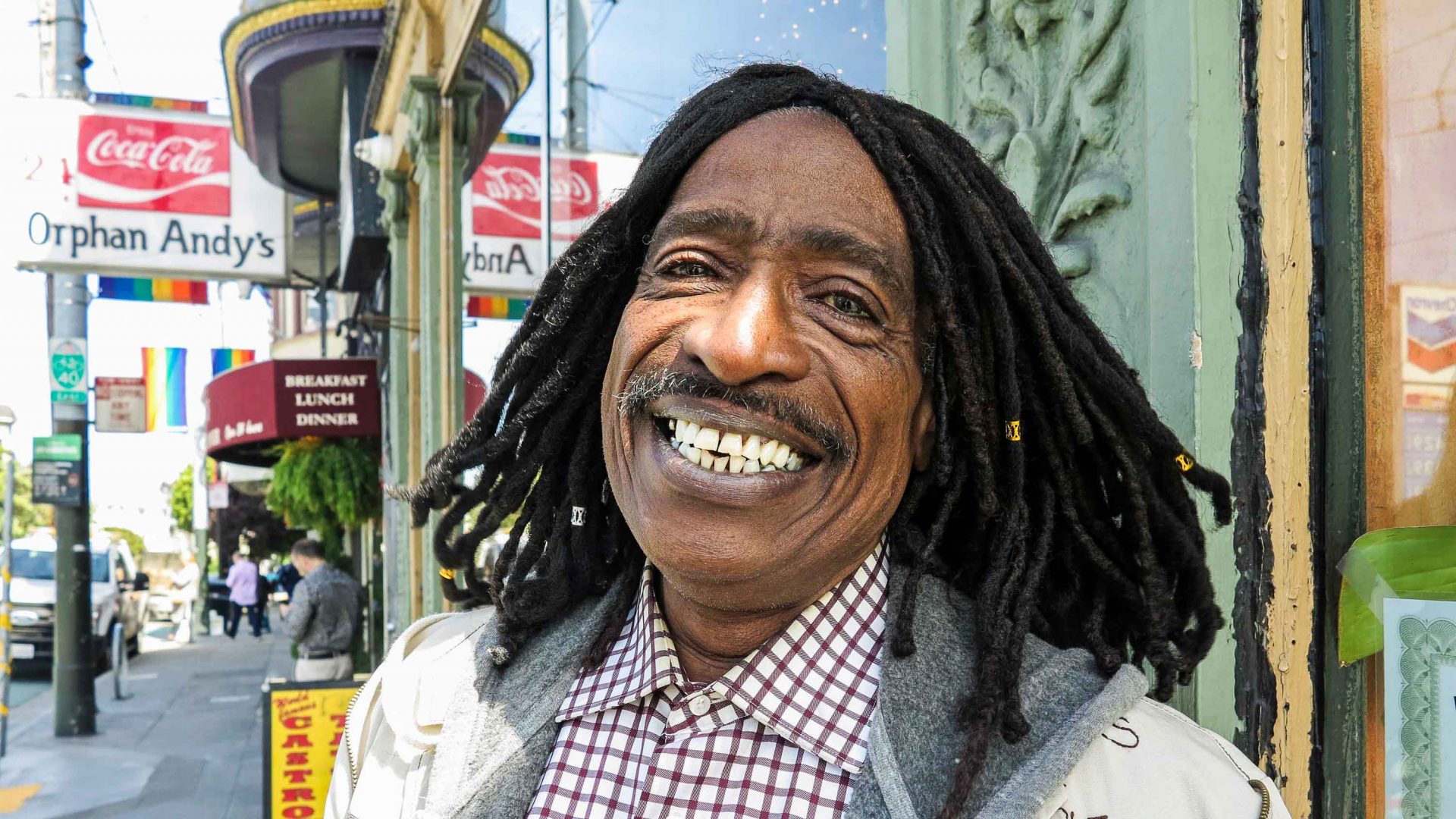 From protests and psychedelics to black power and AIDS, Ken Jones—a contender for the world’s most interesting tour guide—reveals the lesser-known history of San Francisco’s Castro District in the ‘70s and ‘80s.

Standing on a street corner, Ken Jones points out the gas station he crashed his car into one day in the ‘70s after having hallucinogens for breakfast. “The day always went well when we took LSD or mescaline,” he explains. “My partner was an acid dealer. We were well-known for our acid punch parties that started on Friday night and ended Monday morning.”

If it wasn’t clear before, it’s very clear to me now that I’m not on your average San Francisco city tour. But then again, Ken Jones isn’t your average tour guide.

I wasn’t looking to join a San Francisco tour, but when a 68-year-old civil rights activist, community organizer, not-for-profit founder and three-tour veteran of the Vietnam War decides to add ‘tour guide’ to his resume, you can bet I’m signing on. That’s how I ended up standing on the corner of Castro and 18th, hearing about the wild parties that made me wish time machines existed.

As an epicenter of gay culture, the Castro District has seen a lot of good and bad times over the years—and Ken was there for most of them. Long before multinationals saw dollar signs in co-opting causes, Ken was doing the work.

He’s picketed, protested, organized, agitated, and fund- and hell-raised in the name of equality. The historic Gay Freedom Day Marches of the ‘70s. The birth of the rainbow flag. The rise (and demise) of Harvey Milk. The Vietnam War. The AIDS crisis. Ken was there for all of it.

“Before 1981, it was party, party, party. Then AIDS came through and cleared the house. One day, I went through my phonebook—everyone was dead.”

People come to The Castro, as it’s also know, for all sorts of reasons. To drink at the legendary Twin Peaks Tavern, buy sex toys at adult stores with names like ‘Rock Hard’, or to watch retro classics at the Castro Theater, a landmark that’s stood since 1922. Now, visitors can see the area through the eyes of someone who was a catalyst for changes that rippled across the world.

After a friend noted his gift for storytelling, the New Jersey-born war veteran decided to lead walking tours of the Castro via Airbnb Experiences. “I don’t want this piece of history to be forgotten,” says Ken. “Our local media hasn’t always been LGBTQ-friendly over the years. There’s pockets of information that we’re only going to pass on by word-of-mouth.”

Portrayed on-screen by Michael K. Williams (aka Omar from The Wire) in the mini-series When We Rise, Ken is kind-of a big deal. Charting the lives of San Francisco’s change-making queer activists, the series pushed Ken to share his story with millions.

“I definitely overshared, but for the first time in my life, I had no more secrets, shame or self-hatred,” he says. “It’s not easy growing up black in white America. It’ll do a number on you. Telling my story gave me a dose of energy and new platform from which to speak.”

For a visitor, it would be all too easy to take a snap of Harvey Milk’s camera shop then move on, but a tour with Ken dives deeper, revealing hidden histories and poignant threads. We stop at a wall where Ken remembers that during the ‘80s, this spot was constantly plastered with images of Castro locals who had died from AIDS—a makeshift shrine and death noticeboard in one.

Receiving an HIV-positive diagnosis himself in the 1980s, Ken explains that during the AIDS crisis he attended several memorials a night. Founding the Stop AIDS Project in 1990, Ken worked tirelessly to combat the disease that was obliterating the Castro community.

“Before 1981, it was party, party, party,” he says. “Then AIDS came through and cleared the house. People were dropping like flies. One day, I went through my phonebook—everyone was dead.”

“I’ve observed a community come together under that flag. I’ve witnessed it become the symbol for a movement. My god, how powerful that is.”

This isn’t a cookie-cutter tour filled with Hallmark card platitudes. When a naked man walks past nonchalantly with a bag of groceries slung over his shoulder, Ken—without missing a beat—explains that the Castro has long been popular with nude activists.

He also doesn’t shy away from complex issues. Standing under the rainbow flag that flies over Harvey Milk Plaza, Ken admits that he wasn’t always a fan of the flag. When he first laid eyes on the hand-dyed creation made by artist and activist Gilbert Baker in 1978, he hated it. “Gilbert was a member of a group called the Radical Faeries,” he says. “They were anarchists. They were also a pain in my ass.”

RELATED: When will the travel industry show more diversity?

Now, more than 45 years since the ubiquitous rainbow flag was born, Ken’s relationship with it has come full circle, with his tours beginning under the flag that once made him “lose his cookies.”

“I’ve observed a community come together under that flag. I’ve witnessed it become the symbol for a movement. My god, how powerful that is. This flag has gone from our pole in The Castro, out into the entire universe.”

Stepping into the GLBT Historical Society Museum, Ken remembers the protests he was involved in. “We didn’t burn anything, but we tore a lot of shit up,” he grins while reflecting on a particular protest.

Walking past a string of bars filled with carefree drinkers, Ken reveals the struggles he had as a young, black, gay man. “I had a tough time getting served in most of these places,” says Ken. “In those days, a person of color had to show four pieces of identification to get into a bar. Even if you did get in, there was no guarantee the bartender would serve you.”

“The Castro will always be a gay gathering place. The faces may change, the ages may change, but we all know that’s where we find people when we need them.”

After months of picketing with little effect, Ken and a few others laid down on their backs outside the bar, eyeballing everyone who passed. Some stepped over him to enter, but many others refused. That night, the bar took such a big financial hit that the next morning, the owners came to the discussion table. Ken had registered a small victory in a greater battle.

Vietnam also took its toll on the Navy veteran—but cruising rivers on a patrol gun boat with the aim of getting shot at will do that to a man. “We’d turn on lights and music, hang out on the deck and make noise to draw attention to ourselves so the enemy would shoot at us and give away their position,” he recalls. “We’d then give their coordinates to the aircraft carriers that would bomb them to smithereens.”

Decades later, Ken struggled with PTSD. Seeing threats everywhere, he began diving under cars and standing on the roof of his house fighting off an imaginary enemy with a garden hose. After being found unconscious on the street, Ken was hospitalized and eventually made a full recovery. “Every day is a bit better than the day before,” he says. “After a while, that’s a lot of good days.”

Now living in San Francisco’s Fillmore District, Ken’s witnessed The Castro change since he arrived in the 1970s. With concerns that the area is losing its radical edge, does he worry about the Castro district’s future?

“The Castro will always be a gay gathering place. That corner of Castro and 18th is our mobilization point,” explains Ken. “The faces may change, the ages may change, but we all know that’s where we find people when we need them.”

Proving that old activists never really retire, Ken is still fired up about making The Castro the very best it can be. Replacing the gas station (yes, that gas station) with a farmers’ market, reinvigorating Harvey Milk Plaza, and developing a new tour that honors the legacy of ground-breaking disco artist Sylvester are all on Ken’s agenda. “I’m running into brick walls … but I’m going to keep trying,” he beams.

Jo Stewart donated her fee for this article to The Intrepid Foundation, who will use it to improve livelihoods around the world through sustainable travel. The donation will be matched dollar-for-dollar by the Intrepid Group. 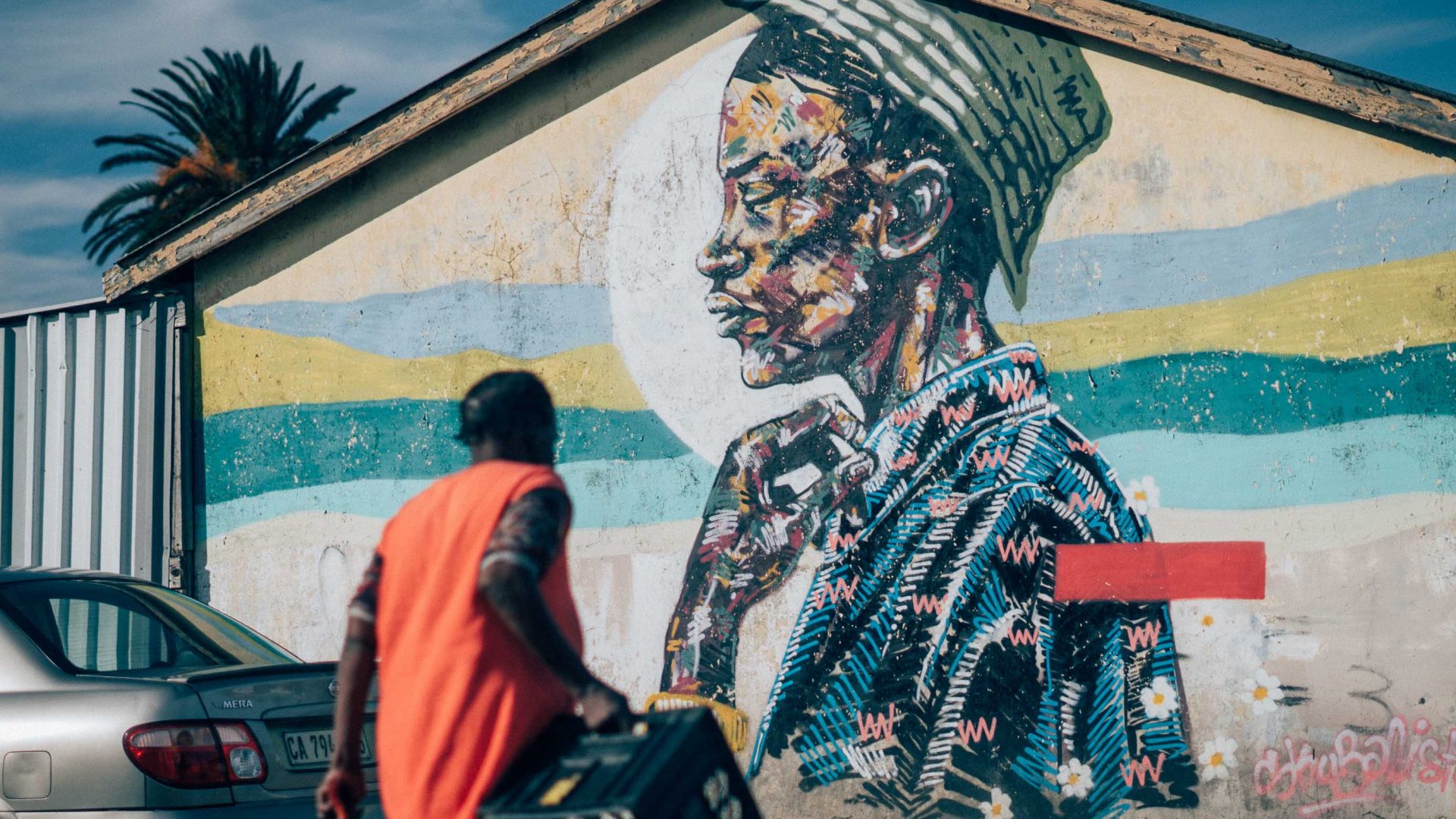