We’re all scared of dying. Día de Los Muertos teaches how to embrace it 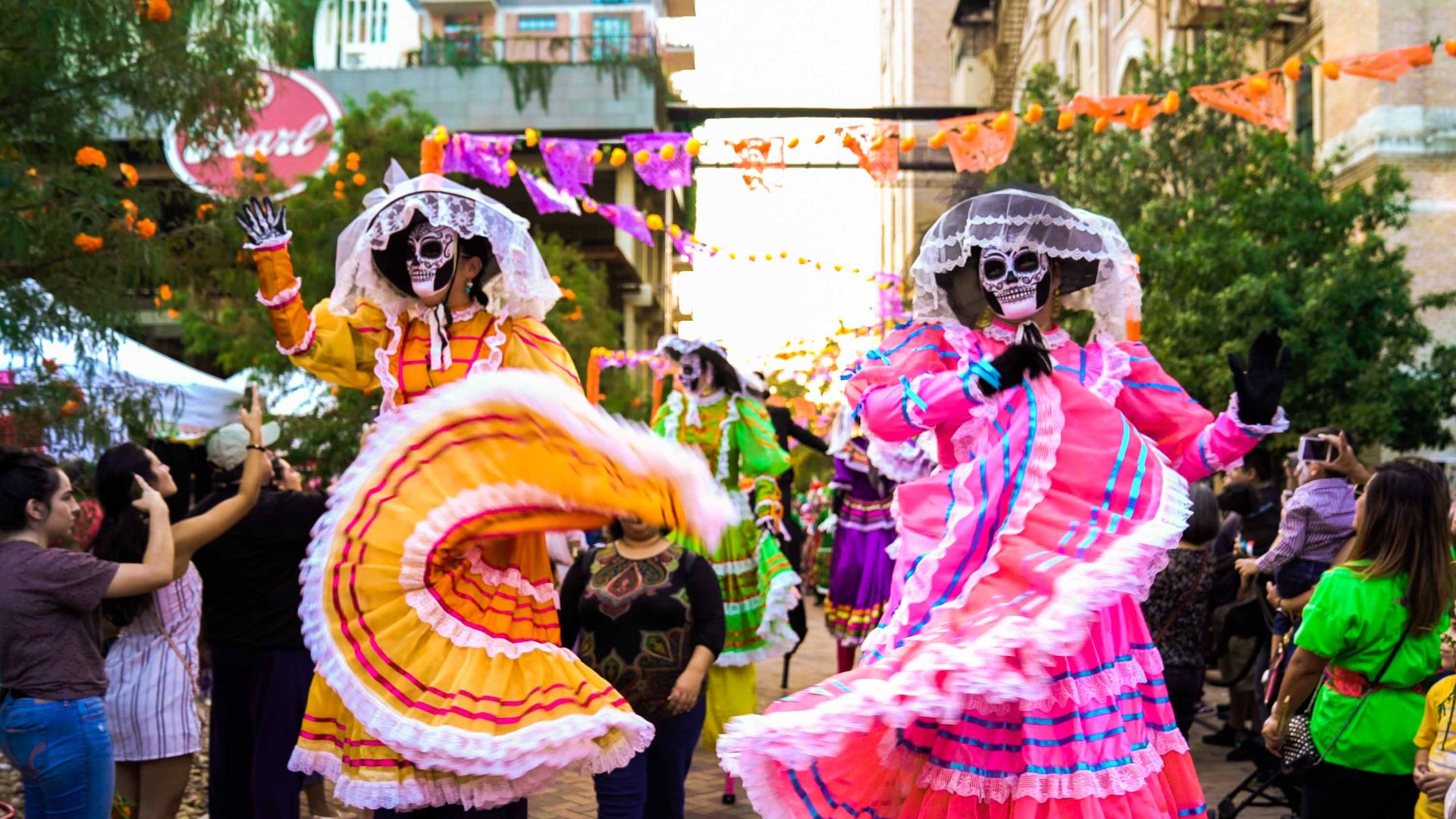 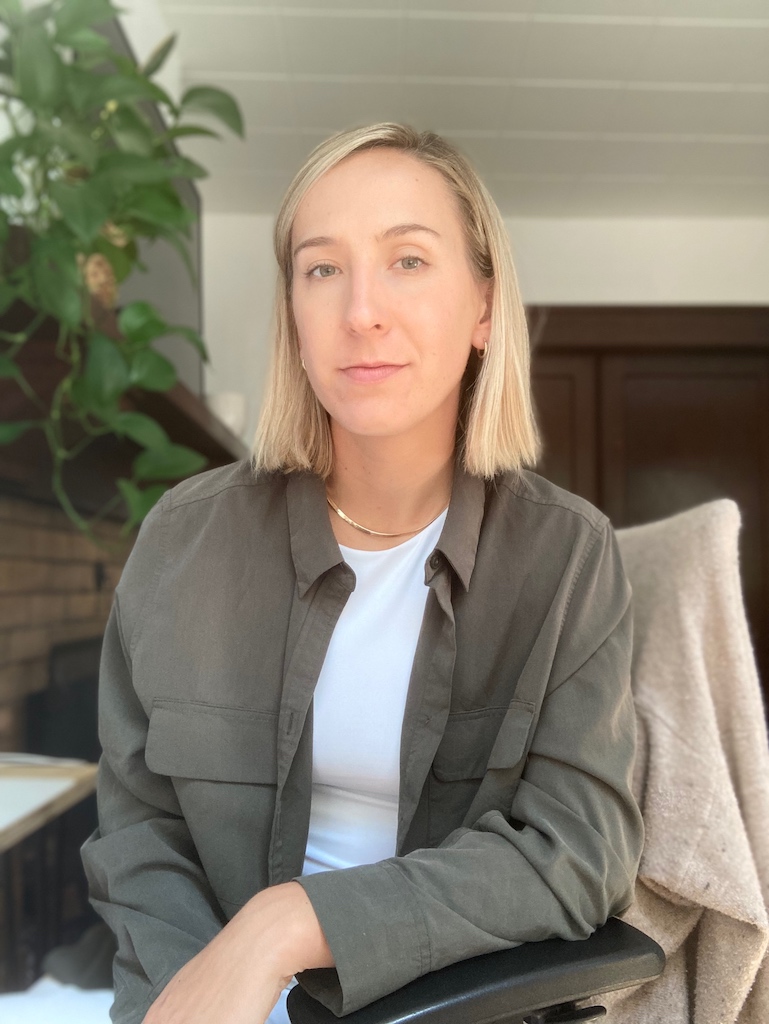 Learning the history and importance of Día de Los Muertos in Texas’ Chicano community, writer Amelia Arvesen meditates on culture — and the celebration of life through death.

When a monarch butterfly lands softly and quietly near me along San Antonio’s River Walk at the end of October, I don’t consider it a coincidence. The graceful black-and-white-winged creature arrives just in time for the city’s Día de Los Muertos celebration, a culturally significant holiday when the Latin American community honors loved ones who have passed away.

To many, the mass migration of the mariposas symbolizes beloved souls returning to Mexico. Its delicate wings fan in the sun. I wonder, ‘Whose soul do you embody?’

Every year, during the last few days of October and the first two days of November, San Antonio’s already-vibrant streets are layered with even more colorful cultural influences. Over the last four decades, the south-central Texas city with a population that’s more than 60 percent Hispanic has become a destination for its Día de Los Muertos celebrations in the US. This year’s festivities are slated to be even bigger, attracting hundreds of thousands of visitors and locals—comparable to the all-night merriment of festivities in Oaxaca and Mexico City, where the day is observed as a national holiday.

Historians trace Día de Los Muertos back thousands of years to Indigenous civilizations like the Aztecs and Toltecs, who viewed death simply as life’s next chapter. Rather than mourning life’s inevitable end, it’s a chance for the living to remember the dead with whimsy and exuberance; reverence and respect. In the early 1970s, Chicano artists and activists brought the tradition to the US, largely as an assertion of Mexican-American identity during a cultural reawakening.

“It reaffirms culture at a time when Latinos, Mexican-Americans, and immigrants are ignored or are used for political pawns,” says Jimmy Mendiola, a filmmaker, San Antonio resident, and artistic director of the Muertos Fest event. “It’s unapologetic, it’s direct, it’s funny, it’s poignant. It’s just saying, here we are and remember who we were. That’s always gratifying to see.”

The two official days of Día de Los Muertos are November 1 and 2, considered All Saints’ Day and All Souls’ Day by the Roman Catholic Church. Today, these religious ceremonies often begin the last few days of October across the globe. But to be clear, Día de Los Muertos is not the same as Halloween or All Hallows’ Eve on October 31. While the days are close to each other and celebrations often coincide, there are crucial distinctions: Halloween focuses on fear factors and mischief. Día de los Muertos is about joy and remembrance.

Observers every year visit gravesites and make multi-tiered ofrendas, or altars, in their homes to remember their loved ones and leave offerings for their spirits. The centerpieces of every altar are photographs of the family members, and various trinkets represent their life, according to the Smithsonian’s National Museum of the American Latino. Fragrant marigolds attract the spirits, and sugar skulls symbolize the sweetness of life. Water or punch refreshes the spirit’s thirst, and favorite foods like pan de muerto and molé delight their taste buds. Copal incense represents the transformation from the physical to the spiritual. Candles guide and light the spirits’ paths. Papel picado banners add color and symbolize the wind.

Mon dieu! A race against the clock in the French countryside

While visiting San Antonio last year, my first stop was Centro Cultural Aztlan, where I met executive director Malena Gonzalez-Cid. Located on the northwest side of town away from the bustle of downtown, the center has the city’s longest-standing display of community ofrendas, created by Chicano and Latino artists. The year-round events and exhibits serve their own community while also educating curious visitors from around the world. “The cultural traveler always finds us,” says Gonzalez-Cid. “If they’re well-traveled, they will say, ‘I want to experience where the community lives and where the community celebrates.’”

She told me that not long ago, Día de Los Muertos was misunderstood as cult-like and taboo by non-Latin people. But over the last decade, awareness has grown in the US, and those culturally insensitive stereotypes have waned. “How does the saying go?” Gonzalez-Cid tells me. “If there’s anything for sure in this life, it’s death. Why make it uncomfortable if it’s just part of the cycle of life? Everything that lives dies.”

However, as is the case with commercialization and capitalism, cultural events like Día de Los Muertos can fall prey to appropriation, or the claiming of identity in a way that reinforces oppression.

“It’s a great time of year for us to think about inclusivity. Every human has a need to remember and honor.”

Big box stores profit by selling “costumes” without offering any form of education. But the ruffled catrina dresses and full-faced makeup are not, in fact, a costume but traditional and religious regalia. Anyone familiar with the “We’re a Culture Not a Costume” campaign knows this. The difference, according to the cultural experts I meet during my visit, boils down to the observer’s intentions and thoughtful participation.

“I welcome the transformation that happens in bringing it over to the United States,” says Mendiola. “I don’t believe in purity. In fact, I embrace the distinct cultural elements of San Antonio and how Day of the Dead is celebrated here.”

It’s important to me that I’m respectful during my visit, as the holiday is not my native culture. Thoughtfully, San Antonio’s event offers education through immersive participation, which is a delight to join. All are welcome to partake in this generous sharing of culture, which evolves but never deviates from its true meaning, says Johnny Hernandez, a celebrity chef and the founder of the Spiritlandia event, which includes a river parade, music festival, culinary experience, traditional ceremony, and community activities.

“I’m telling you, it’s amazing to me to see the participation from the non-Spanish speaking community,” says Hernandez. “As a cultural city, we’re very accustomed to sharing our cultural traditions.”

This year, the experience will be shared nationwide. On November 1, NBC Universal’s Peacock will broadcast in English and Spanish a one-hour television special of Spiritlandia, which will be hosted by star Mario Lopez—making it the first nationally televised Día de Los Muertos event in the US. Handcrafted river barges will float down the River Walk displaying dazzling lights and representing various community organizations and artists, like muralists Los Otros. For the three days after, in-person attendees can enjoy local street food like tacos and flautas, served by local chefs in the culinary village in La Villita.

Across the city, the intersection of art, culture, and community is at the heart of the celebration of life. “ It’s a great time of year for us to think about inclusivity ,” Hernandez says. “Every human has a need to remember and honor.”

For Muertos Fest, a free two-day event, attendees are invited to submit photos to the community altar. At least 80 marigold-adorned ofrendas will be on display, including two sobering displays dedicated to victims of the Uvalde elementary school shooting and the 53 migrants who died in San Antonio earlier this year.

During my time in San Antonio, I’m completely and freely immersed. I’m encouraged to get my face painted by Indigenous and Chicano body artists. I indulge in pan dulce and other Mexican pastries from a Mexican-owned panadería, and I listen to Azul Barrientos sing rancheros and boleros music. I admire the public ofrendas set up in the city’s numerous plazas, and I light a candle for someone in my community who died. Outside my hotel is an altar for Selena, the late pop star who is still considered the queen of Tejano music. And before I go, I visit the San Antonio Botanical Garden, where an exhibition is dedicated to the Mexican painter, Frida Kahlo.

At the botanical garden, a bush with star-shaped purple flowers attracts more monarch butterflies than I’ve ever seen at once in the wild. Their tiny spirits dance on the leaves by themselves and with each other, a prescient reminder that life is fragile but beautiful. I think, if in the afterlife we become as enchanting and free as butterflies, what is there to fear?

Amelia Arvesen is a Portland, Oregon-based journalist, the creator of Honing Her Craft, and an organizer with Empowerment Avenue, a group advocating for incarcerated writers and artists. She has a special interest in outdoor businesses, sustainable travel, and criminal justice reform. Her latest work appears in Outside, Backpacker, Men's Journal, and Via Magazine. 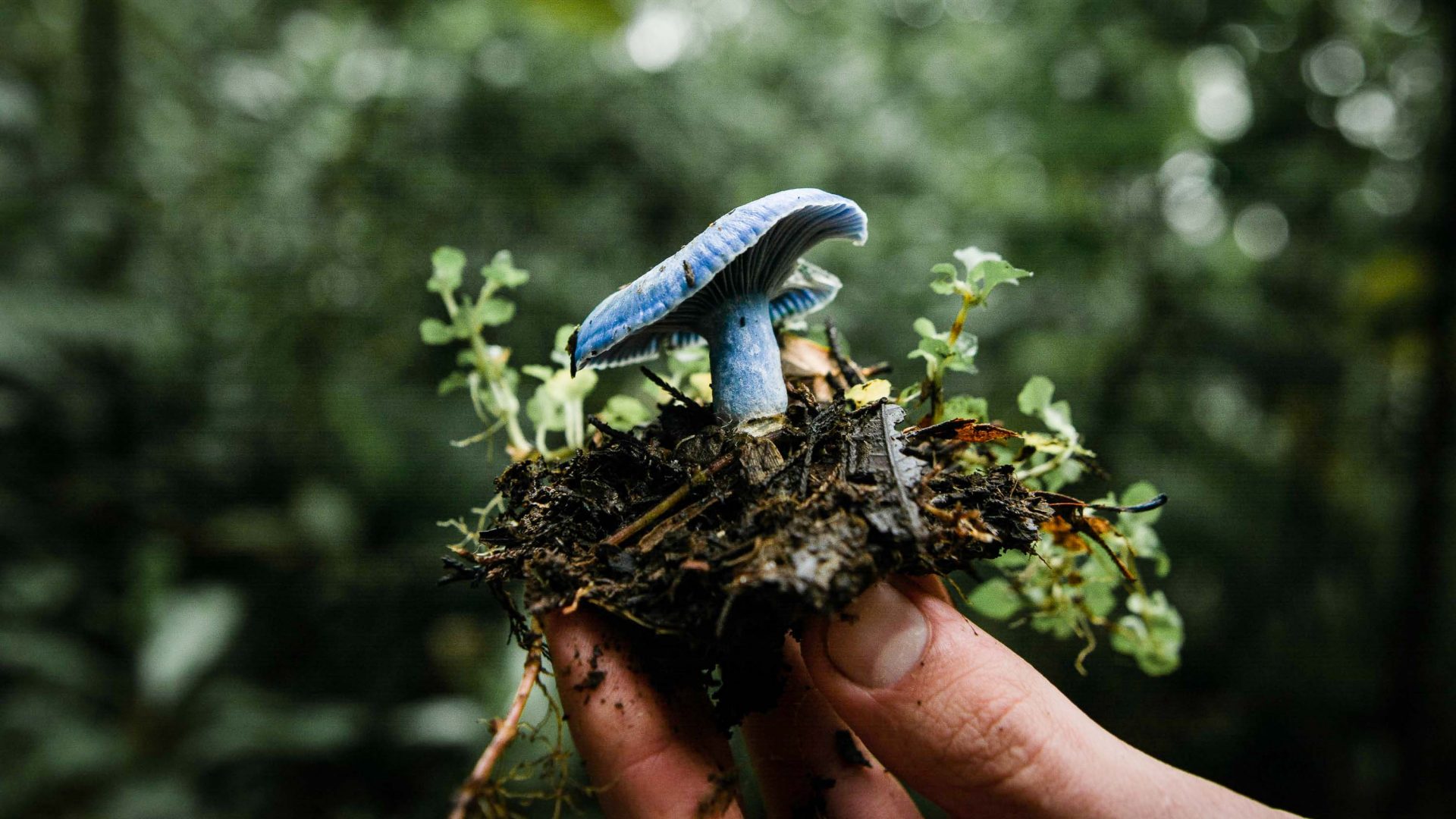 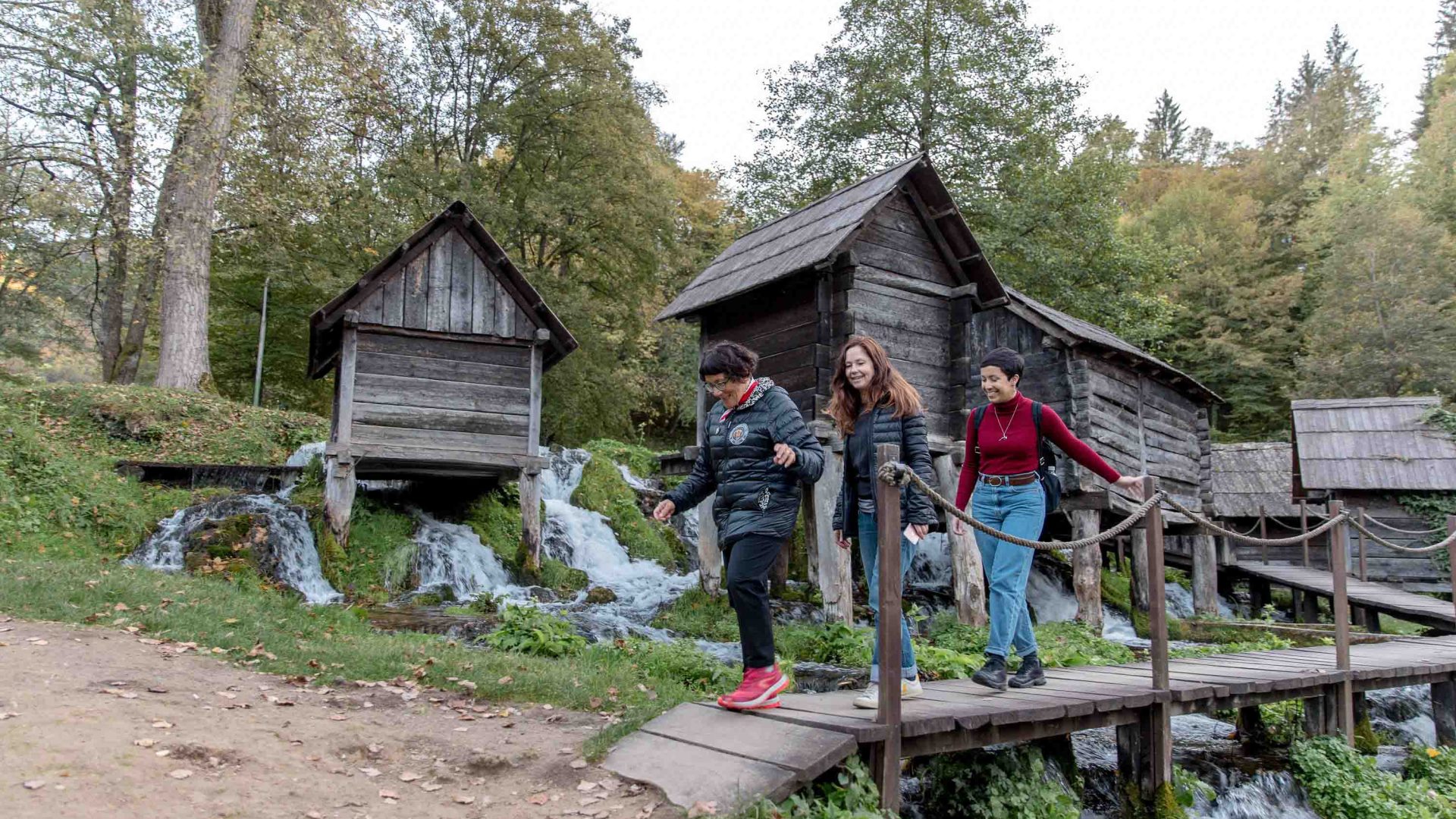 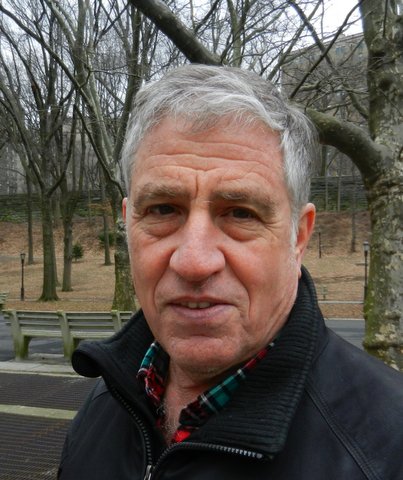 The inextinguishable light of Bosnia 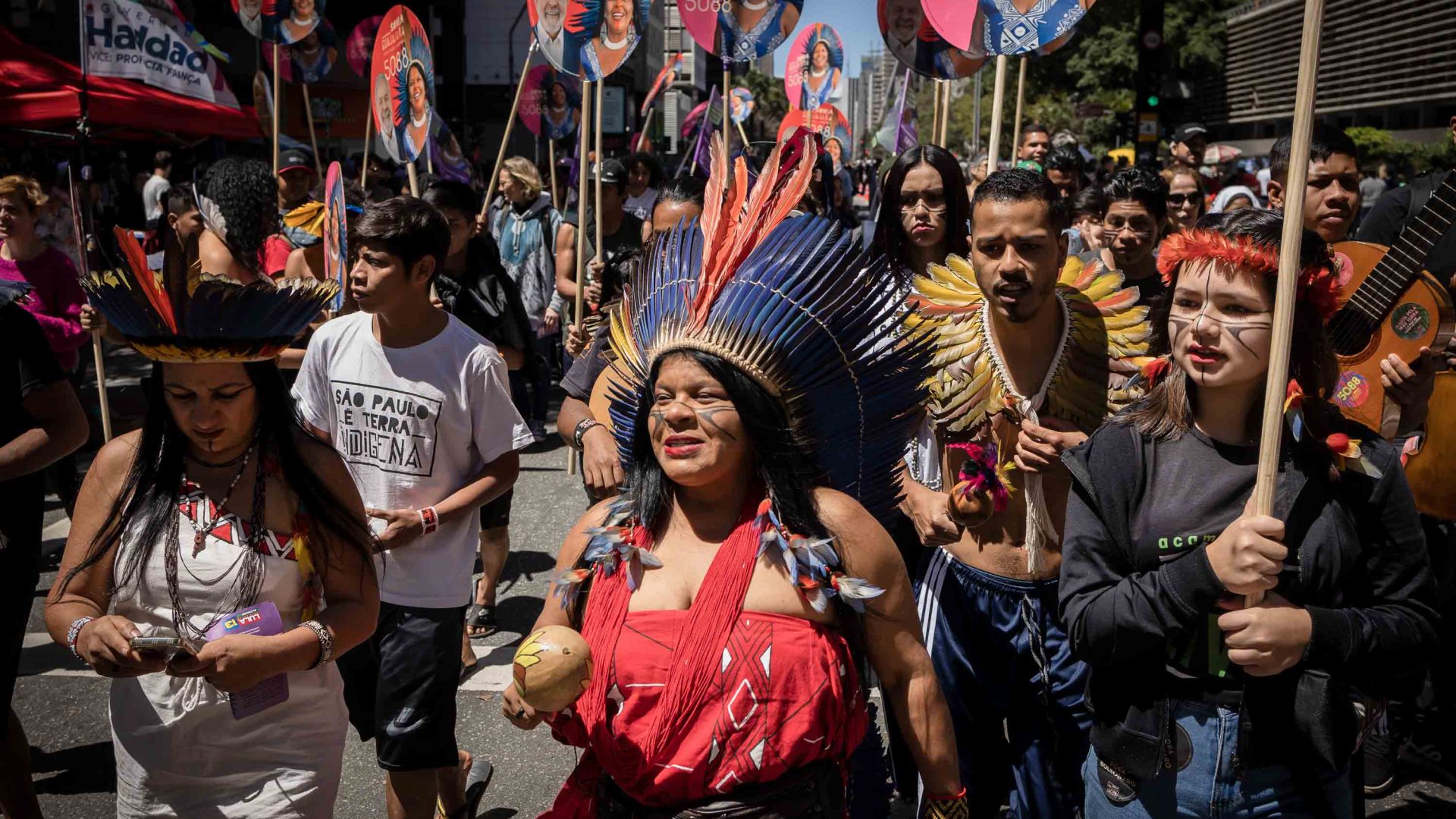 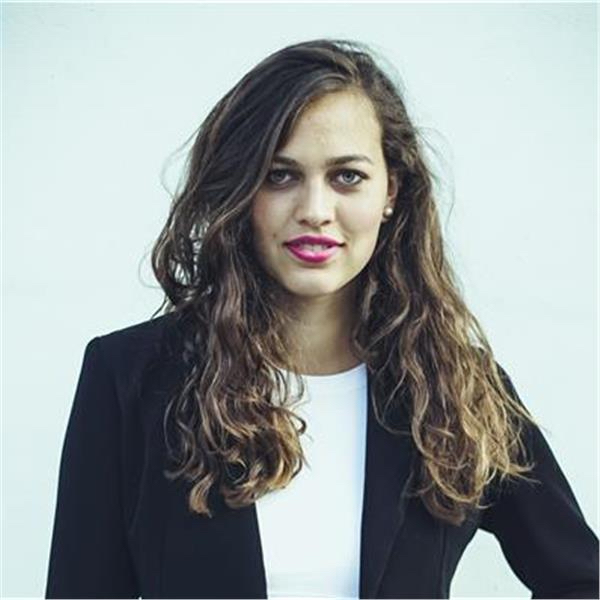 Gen Z’s digital fight to save the Amazon 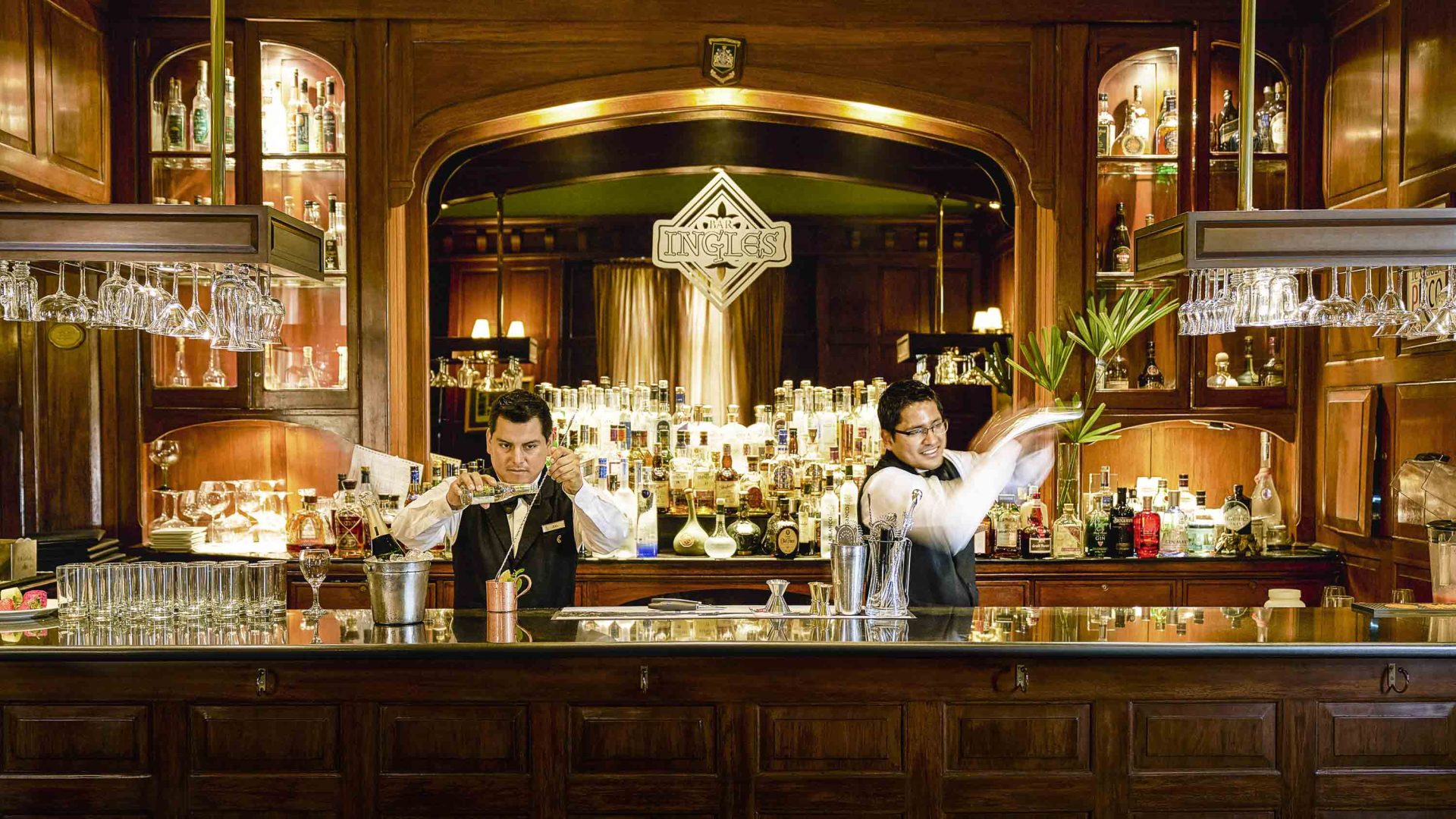