Mon dieu! A race against the clock in the French countryside 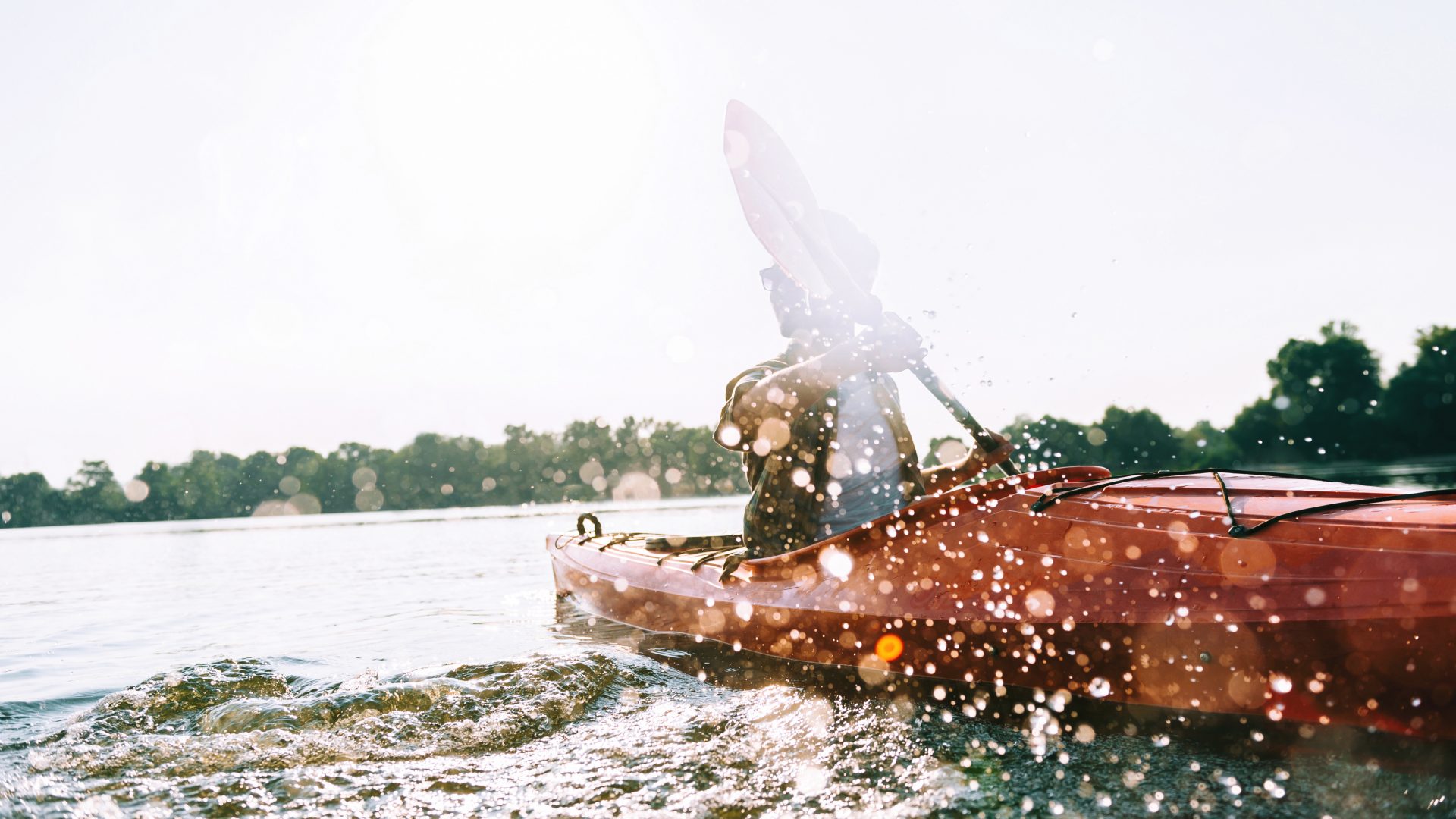 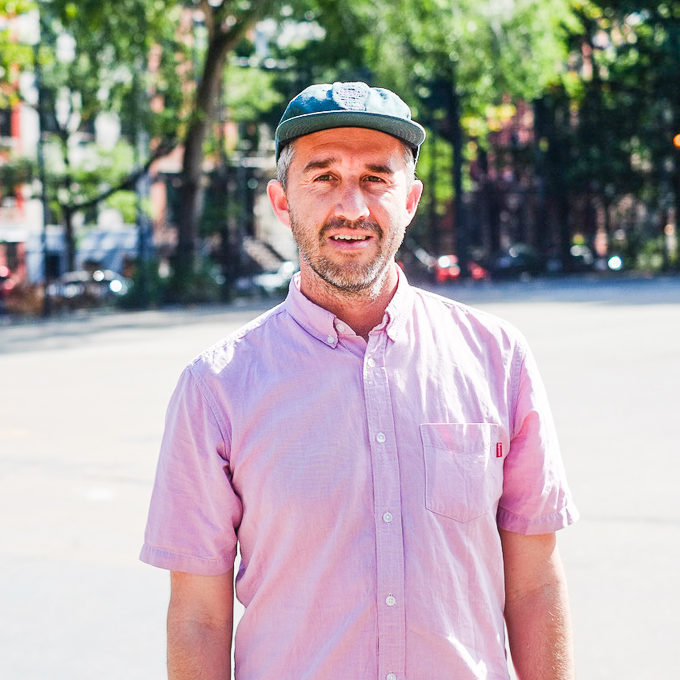 Max Olijnyk
What happens when a run-of-the-mill kayaking jaunt turns into a (sort of) death-defying race against the clock?

For writer Max Olijnyk, a run-of-the-mill kayaking jaunt on pristine French rapids soon turned into a death-defying race against the clock. Well, kind of.

It’s the last day of our French holiday. My partner, Rosie, and I have been driving about in our Opel for a week and it’s done us well. Bar the rocky start at Marseille (when we pulled the wrong way out of the parking lot and got hopelessly lost), we’ve explored the idyllic calanques (fjord-like inlets) of Cassis and frolicked through the beautiful French countryside, all the way to our hotel in Montpellier.

Related: So Long, Halong: A peculiar journey into Vietnam’s ‘other’ Halong Bay

Maybe it’s because this is the last stop and we’re exhausted, but we’re finding Montpellier unremarkable and snoozesome. The food is expensive and boring; the shopping strips are comprised of mainly chain stores; and the streets are crawling with tourists. But as much as lazing around in our hotel room—with its air conditioning, free instant coffee and Wi-Fi—is a tempting prospect, we decide to squeeze back into the Opel for one last adventure.

We look around the monastery, which is beautiful but not really up our medieval alley. I decide it’s time to spice things up a bit.

Saint-Guilhem-le-Désert seems like a suitable destination: a tiny medieval town in the Hérault Valley up in the mountainous Occitanie region, complete with a monastery, and under an hour’s drive away. It’s gorgeous, even to our leisure-hardened eyes. The crumbly-yellow stone buildings look like they have actually grown out from the mountain, with creepers and vines pouring off them like waterfalls into the stream below.

We wander around the alleyways, taking photos and studiously ignoring the overpriced knick-knack shops. We sit outside a little cafe and eat cheesy crepes. We look around the monastery, which is beautiful but not really up our medieval alley. I decide it’s time to spice things up a bit and separate ourselves from the baby boomers.

“Do you want to go white-water kayaking?” I propose, as we pass a sparsely furnished shopfront with life-size cardboard pictures of young thrillseekers aboard plastic pointy boats. I walk in and speak to a French woman who swipes my credit card and tell us if we hurry, we can catch a bus to the drop-off point in ten minutes.

We do as she says, only to find a small van parked next to a hut, with a couple of bored-looking guys milling out the front. They’re both incredibly brown; the type of tan attainable only by wearing the same pair of shorts and nothing else for an entire summer. One had long, curly hair like Michael Hutchence, and the other had a crew cut like Jack Johnson. “Even their eyeballs are tanned,” says Rosie.

I stared out the window, stressing out. Vegetation had ceased to exist at the altitude we were traveling, adding an apocalyptic, war-torn feel to proceedings.

There’s a feeling of showing up to a party a day late… It’s the end of the holiday season, these guys have partied here for months, and are ready to move on. But there’s an easiness about them that I find reassuring. As they throw us ragged lifejackets and usher us into the van, I think, ‘They’ve done this a thousand times, and clearly no-one has died—otherwise they’d look more haunted.’

The drive into the mountains seems to go on forever. I sit in the back (the Jack Johnson guy insisted Rosie sat up front to ‘keep him company’) and crunch the numbers. We have five hours to get the Opel back and this is supposed to be a three-hour trip. Allowing for our complete inexperience (though Rosie insists she had been in the rowing team at high school) and an hour to drive back…it’s going to be tight. I stare out the window, stressing out. It doesn’t help that vegetation has ceased to exist at the altitude we’re traveling, adding an apocalyptic, war-torn feel to proceedings.

Eventually, we descend to the realm of life again and pull up at another riverside hut, Again, there’s a feeling of having just missed the party. You can almost smell the backpackers drinking their beers at the picnic tables; you can almost hear the techno echoing along the mountain stream. Jack Johnson throws us each an oar (mine a really long one, Rosie’s a really short one), points at a pile of kayaks, and then at the quick-flowing water. “Do we get a lesson or something?” I ask him. He shrugs, waves, and drives off.

If we want to get the Opel back on time, which we do, there’s no time to lose. We drag a kayak to the water and jump in. But we just can’t get in sync with our rowing. Each time we begin drifting off in one direction, we both furiously paddle the opposite way, over-correcting our course dramatically in the other direction. At first it’s funny; but it quickly becomes gravely concerning. As we hit our first patch of rapids—backwards—and get stuck in the branches of a low-hanging tree, I begin to wonder if we’ll make it back at all, much less by 5pm.

I keep telling myself that at least we’re going the right way—even if we’re facing the wrong way. Occasionally, we right the vessel and find ourselves in a rhythm, paddling down a beautiful river high in the French mountains, and it’s wonderful. The river is sort of carved into the mountains, so we can never see very far, but what we can see is lovely. Along with the serene wilderness, there are occasional little stone armaments built into the hills, mysterious reminders that humans exist and like to kill each other.

After the second stretch of rapids, we decide to stop for a break. (They aren’t exactly what you imagine when someone says ‘rapids’; more of a slightly quicker bit of water, like a tasteful French version of American rapids). As we sit panting on the riverbank, reflecting on how we should’ve perhaps brought some food or at least a bottle of water, another kayak floats by. These guys look like the ones in the cut-out pictures on the shopfront: sunglasses, quick-dry clothing, skillfully navigating another stretch of rapids. They pause to high-five each other and row off happily, in perfect sync. I hate them.

Rosie sits in the back for the next stretch with the big oar, and it definitely improves our progress. Sitting up front suits me a lot better and I find my mood improves considerably, without the pressure of being the ‘provider’. I like the little oar and use it mainly for poking at things and pretending to paddle. Unfortunately, we soon have to swap again because Rosie is tired, and we resume our zigzagging course down the river.

We were heading for a waterfall of sorts: a dammed section of the river with an untold drop. We were going to die.

The next couple of hours pass by in much the same way; periods of smooth sailing (rowing) punctuated by terribleness and fighting. We are both tired and thirsty, and my hands are covered in blisters. At every bend, we hope, against all hope, to spot civilization, but again and again, we’re met by just another depressing sandwich of mountain, river and mountain.

Eventually, home base appears as if a mirage. “There it is!” we shout in unison, as we both begin furiously paddling towards it, almost steering the kayak backwards again. The speed of the current quickens and I notice we’re heading for a waterfall of sorts: a dammed section of the river with an untold drop. We’re going to die. “Paddle! Paddle!” I yell. And we paddled.

Somehow, we lock into a rhythm and begin moving vaguely in the direction of the landing area. The tanned-eyeball men wade out towards us, perhaps concerned their spotless record was about to be spoiled by two fatalities. We keep paddling, and as we get close, we’re dragged out onto the bank. We’ve done it.

4.15pm. As if contestants in The Amazing Race, we tear off our ragged lifejackets and sprint (limp) towards the Opel. “We still have time,” I splutter. We zip through the scenic mountains at an alarming rate, stopping briefly for ice creams, and weave our way through afternoon rush hour traffic to the hire car drop-off point, only 20 minutes late.

As we pull in, keeping watch for a angry hire car company employee, I realise: there’s no-one here.

It’s just a strange, deserted parking lot. There’s a little hut with the logo of the hire car firm, and a slot in the door to drop the keys through. Relieved and a little disappointed at the anticlimax, we wave goodbye to the Opel and limp to a bar near our hotel for an actually-quite-reasonably-priced beer and burger deal, the overwhelming anxieties of the day now just an increasingly distant, soggy memory away. We made it.

Max Olijnyk is a writer, editor, photographer, and ageing skateboarder. An ex-Melbourne resident, he now lives in New Zealand with his family. His first book Some Stories was released in 2016 and his favorite destination is New York City.

Hot times on the Sulu Sea: A voyage of immoderate proportions