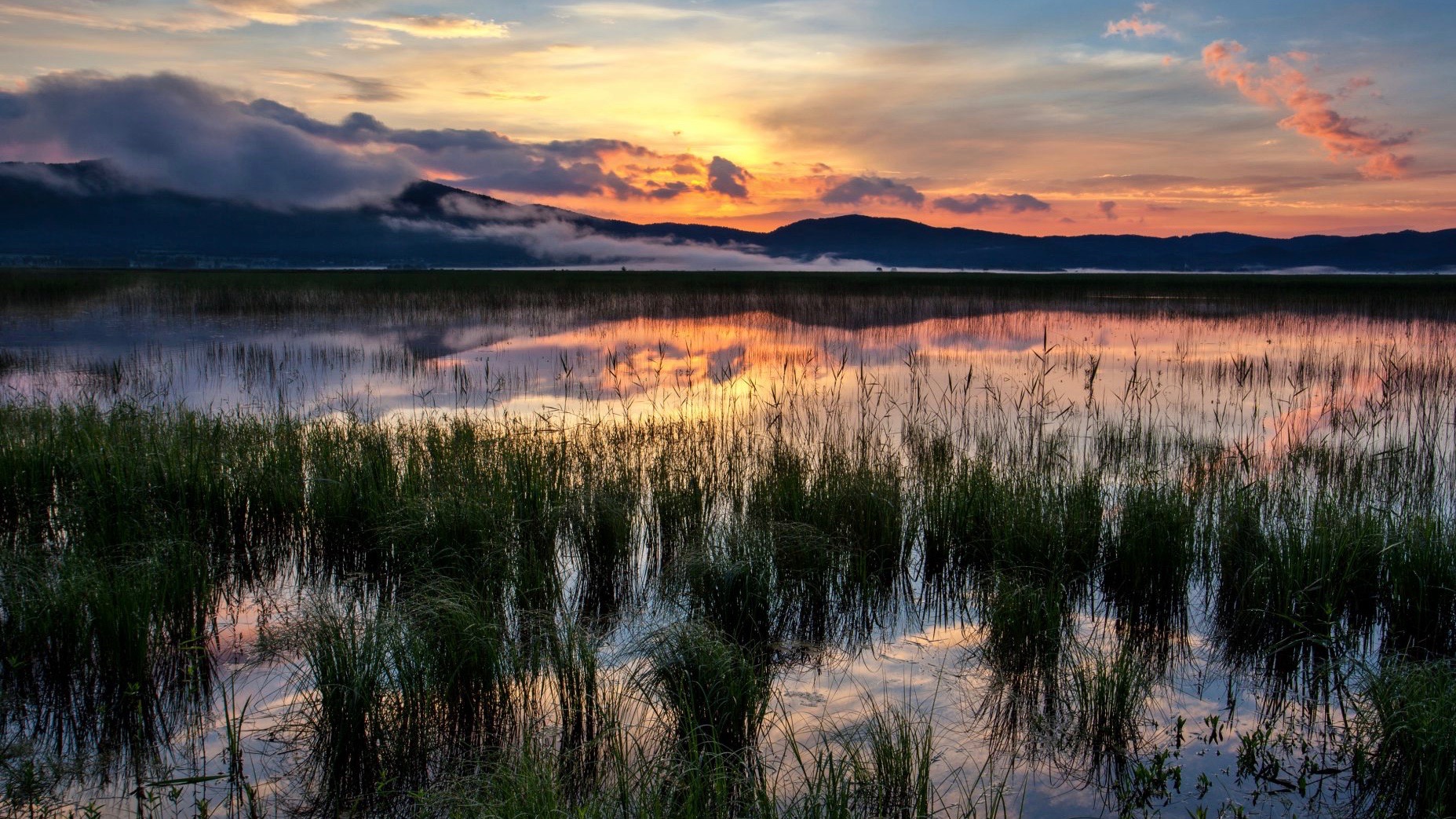 Depending on when you plan your trip, Lake Cerknica may, or may not, be there for you to visit. The secrets of Europe’s ‘disappearing lake’ tell the story of a brilliant baron and an ongoing wrestling match between science and the supernatural. Dr. Noah Charney uncovers the mystery in his adopted homeland of Slovenia.

Take in the view from Slivnica Mountain in springtime: A vast lake stretches before you, the air fresh from the still-snow-capped Alps on the horizon. The water covers some 26 square km (10 square miles), with an average depth of 6 m (20 ft)—it’s by far the largest lake in Slovenia.

But now stand in the same spot on the mountain that, legend tells us, was once the Halloween meeting place of witches led by a hag named Ursula. With that spring holiday in mind, you might think you’ve seen a phantom, or an illusionist’s trick. For that vast lake has disappeared. What was once Lake Cernkica (pronounced tz-air-k-nee-tzah) is now Cerknica plain, a terrain of wildflowers and grazing cows.

Cerknica is one of a rare category of ‘intermittent lakes’, owing its vanishing act to the porous karst limestone bed it sits on. In the autumn, the lake drains into sinkholes hidden in the earth, but over winter, rain and snowmelt cause underground rocks to fill and the waters breach the surface, flooding the plain with fresh, fish-filled water. The annual draining was even observed with wonder by ancient Greek travel writer Strabo, and it’s been one of Europe’s cever since.

But for centuries, locals believed those witches, gathering for black masses atop Slivnica Mountain, were responsible for the coming and going of the water. Then an early scientific explanation was proposed, by someone who deserves a great deal more fame than he’s earned. That person is the wildly fascinating polymath Baron Janez Vijkard Valvasor (1641-1693) whose musings on the natural world strayed between rational science and supernatural explanations.

… one can feel the tension between an understanding that the supernatural is real and part of everyday life, with the desire to look for scientific explanations.

I developed an interest in Lake Cerknica while filming an episode of Mysteries at the Castle for the Travel Channel in my adopted homeland of Slovenia. We were at Bogenšperk Castle, once the home of Valvasor, a household name in this part of the world, but little-known elsewhere. I first came across him in a brief mention in Slovenia guidebooks, and was shocked there was almost nothing else written on him, certainly not in English. And discovering an almost-correct natural explanation for why Lake Cerknica pulls its annual disappearing act is just one aspect of his remarkable resume.

A bit more digging into Valvasor, and I found someone as intriguing as Humboldt, the Prussian naturalist and explorer who, in 1800, was one of the first people to explain human-induced climate change. But Valvasor was of an earlier era, one which preceded the Enlightenment by two generations. One in which magic was considered very real, and science a new sort of fairytale that could be experimented with.

He would be quoted by German philosopher Immanuel Kant and admired by the founder of the British Museum Sir Hans Sloane. He was a member of London’s prestigious Royal Society—nominated by Edmond Halley, of comet fame no less— and Valvasor was an inspiration for luminaries like Jonathan Swift and Bram Stoker. He is a hugely influential, yet largely invisible, presence in the world of natural history, mythography, the preservation of folklore, geology, hydraulics, and much more.

RELATED: Secrets of Slovenia: 10 cultural treasures off the tourist track

He also forecast ‘social history’—the anthropological interest in preserving the stories of local ‘unimportant’ folk—centuries before this became the norm. And he has many more ‘firsts’ to his name too. Valvasor was the first person to a scholarly printed that discussed vampires, on demonic possession and exorcism, the bizarre pseudo-pagan Krampus and Kurentovanje Lent traditions, baby dragons, bee-keeping, and special multiple-exploding gunpowder, from a secret recipe he learned while in a Turkish prison, to name a few.

But Valvasor was also a chronicler of magic, the supernatural, witchcraft and the devil—which he believed in. In his descriptions of, for instance, techniques to dispatch bothersome vampires, one can feel the tension between an understanding that the supernatural is real and part of everyday life, with the desire to look for scientific explanations.

His explanation was written in his native German—when Slovenia was a part of the Habsburg Empire and the aristocracy was German-speaking—and published in December 1687 in Philosophical Transactions, published by the Royal Society in London of which he was an honorary member. He sought an explanation that was nullius in verba or ‘on no man’s word’; not an oral, folk tradition based on words of others, but on his own observations.

He personally stood watch over Lake Cerknica on many occasions and wrote about the phenomena he spotted; inexplicable lights at night, streams joining the lake beneath the earth, and, as he put it, ‘determinate change in the weather’ before the flooding of the plan. While the lights at night imply a more paranormal source, the other two are directly related to empirical evidence, cause and effect: heavy rainfall and melting snows fill the underground rocks that flood the plain and form the lake.

Valvasor also references the ‘superficial’ 1687 writings of an Edward Browne in his letter to the Royal Society, exhibiting another trait of the scientific approach: critical peer review. Not only were Browne’s explanations simplistic (water emerges through ‘pores of the Earth’ and ‘great holes’) and wrong (the lake is actually a quarter of the size that Browne estimated), they were based on a single’ day’s observations, as opposed to Valvasor’s extended sojourns.

While Valvasor offered a rational, scientific explanation for what had long been dismissed as the work of witches, he also described it as a ‘miracle of nature.’

It’s a phenomenon modern scholars can relate to: Valvasor might not have been moved to write his own article, had he not read Browne’s and been dismayed by its inaccuracy. His own writing, later in the same year Browne’s travel book was published, was reactionary and corrective.

Much later, in 1746, Immanuel Kant published Valvasor’s ideas ‘of the true estimate of the living forces.’ He wrote on the phenomenon of periodic lakes: “The Lake of the Circus in the Duchy of Krain is a curious example of this. It has some holes in its soil, but it does not flow away from it, except periodically, since it suddenly runs off with all the fish, and after three months of drying, its soil is a good pasture and field. Again in the month of November, suddenly it is a lake again.” Turns out Valvasor’s explanation was almost correct.

Valvasor understood the basics of the lake’s hydraulics, but it was in 1784 the true explanation for the flooding and draining were published, by a Tobias Gruber. Gruber highlighted what Valvasor had got wrong—for instance, Valvasor described a species of blind ducks living on the lake, of which Gruber found no trace. This very process of in-depth, first-hand observation, seeking to correct a published account of the same phenomenon, and subsequently corrected by future peers, has all the ingredients of the earliest forms of scientific dialogue. All the more impressive in the face of locals who were certain it was down to sorcery.

While Valvasor offered a rational, scientific explanation for what had long been dismissed as the work of witches, he also described it as a ‘miracle of nature.’ Valvasor’s writing—particularly his thousand-page-plus magnum opus Glory of the Duchy of Carniola, an encyclopedic natural and folk history of what is now Slovenia—carries both a genuine belief in magic and the supernatural (rational in the mindset of his era), and a desire to override paranormal explanations and seek scientific rationale.

He embodied these Enlightenment principles several generations before the Enlightenment proper began, and may be considered a proto-scientist; raised in a world of magic, monsters and witchcraft, yet determined to eclipse this with the slowly rising sunlight of Reason.

So next time you’re in Slovenia, swing by Valvasor’s castle and Lake Cerknica. Just don’t be surprised if, when you visit, you find it’s not there.

Professor of art history, best-selling author, and founder of the Association for Research into Crimes against Art, Noah Charney writes on art and culture for Salon, The Observer, and The Guardian. He lives in Slovenia with his family and hairless dog, Eyck. 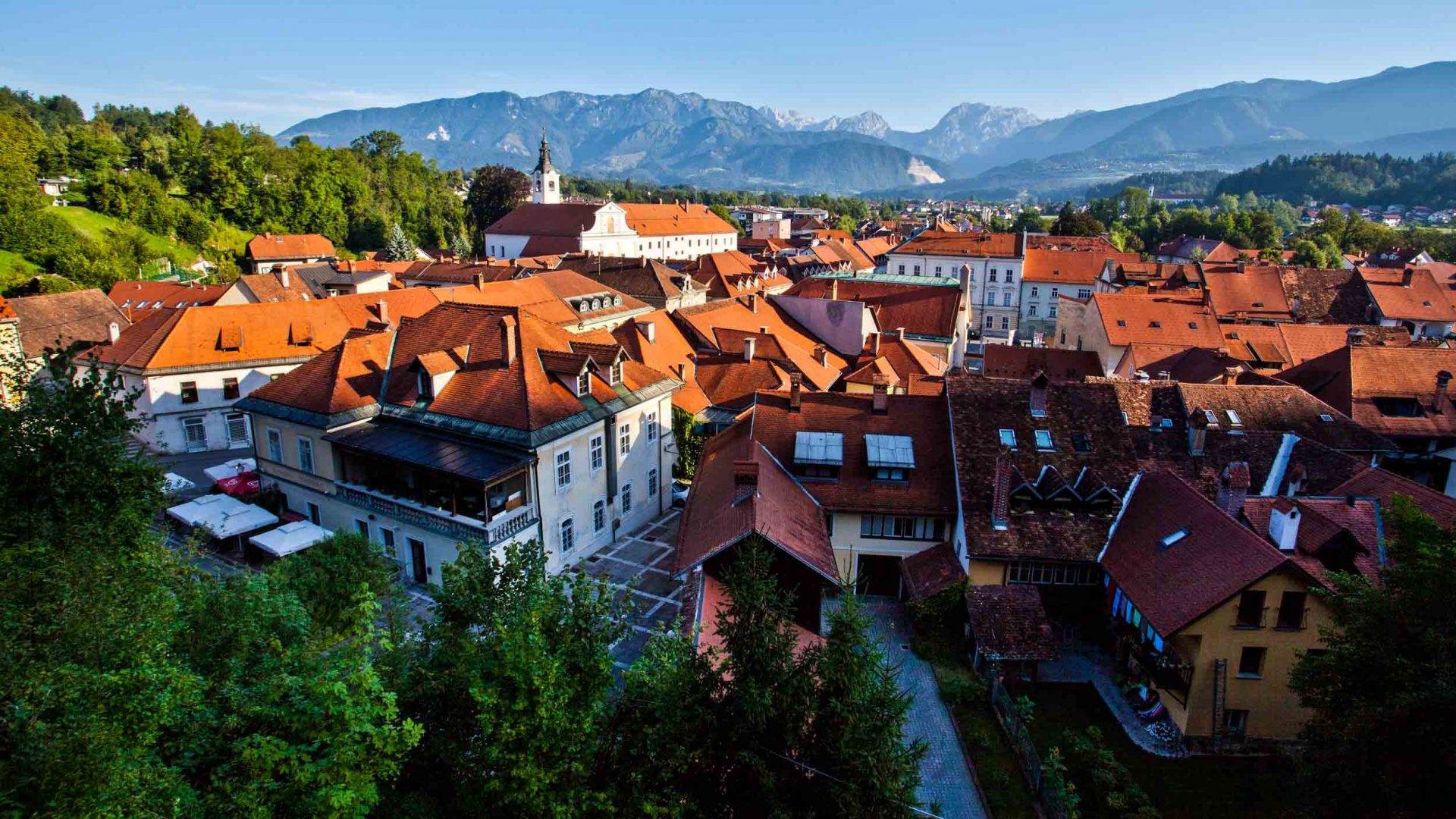 Secrets of Slovenia: 10 cultural treasures way off the tourist track