The Urban Birder: The man who wants you to start birdwatching in the city

Captivated by birds since he was a child, David Lindo has turned his hobby into a career. Now known as the Urban Birder, he’s on a mission to get everyone, particularly city-dwellers, better engaged with the nature around us.

As we walk, heads low, checking phones for headlines, updates and messages, it’s not just lamppost injuries, presidential tweets and chronic neckache that we risk.

We’re missing out on nature. Yes, even in cities. For 18 years, Londoner and nature-lover David Lindo aka the Urban Birder has been encouraging people to connect with their environment—through the medium of birds. Yes, birds. You don’t have to be a birdwatcher; you just have to, as he says, #lookup.

“People are brought up thinking birds are hard to see or they’re only in rural areas or you need to be an expert to identify them,” he tells me. “It’s been exasperated by the media because they portray wildlife in the ‘countryside’ or in series like Blue Planet which is amazing but raises the bar so high that wildlife-viewing, with animals attacking and killing each other, becomes entertainment. Kids especially grow up thinking, ‘If it can’t kill me, it’s not interesting’.”

Lindo lives in the Spanish region of Extremadura, which he describes as “the best place in western Europe for birds”, but he’s a born-and-bred Londoner, starting life in Park Royal, west London with Wormwood Scrubs—‘The Scrubs’—his nature hub. He jokes that he must have got into birding via a previous life as no-one else shared his interest. “But by the age of 8, I was a walking encyclopaedia on birds in Britain, Europe, the Middle East and North Africa,” he says.

RELATED: The woman bringing ‘Wild Times’ back to Britain’s nature

His career started off ever-so-slightly differently … as a tax office filing clerk. He describes it as being incrediby dull but, he appreciated later, it taught him a lot about people when he successfully switched to sales and marketing. “I guess I was always interested in getting people engaged,” says Lindo. “I lived in Notting Hill and most of my mates were in media; they weren’t birders and were surprised when they realized how much I knew.”

It’s not always easy to turn a hobby into a career, something Lindo was acutely aware of. In the late ‘90s, he worked at the British Trust for Ornithology—surely his calling? “It’s a very scientific organization. It wasn’t dynamic enough for me and they didn’t really get me. I was this black guy with cropped platinum-blond hair, suit and baseball trainers.”

“We look around our cities in bubbles, thinking we’re superior and separate and that wildlife occurs ‘in the countryside’ or in David Attenborough programmes and nowhere in-between.”

But while he was there, he made a film about birdwatching for Readers Digest that, years later, a BBC producer would see before inviting Lindo onto popular UK nature show, Springwatch. “They wanted me to talk about urban birding in my patch at Wormwood Scrubs,” he says. “I remember thinking, ‘What can I do to stand out?”

That night, he coined his ‘brand’. “I thought, I like watching wildlife in cities and I thought of Jamie Oliver who was the Naked Chef then. So on the shoot, I introduced myself as the Urban Birder.”

Getting people excited about birds isn’t always easy, especially when many wildlife shows focus on bigger, ‘exotic’ animals. But Lindo simply wants people to realize we’re part of an ecosystem. “We look around our cities in bubbles, thinking we’re superior and separate,” he says, “and that wildlife occurs ‘in the countryside’ or in David Attenborough programmes and nowhere in-between.”

Communicating this knowledge is often the stickler—many talented people are stuffed with knowledge, but can’t communicate it engagingly. “It’s a problem in academia full-stop,” says Lindo. “I recently met Erica McAlister, curator of flies at the Natural History Museum. She talks about flies’ penises and stuff like that; she throws the rule book away.”

RELATED: Could London be the world’s first National Park City?

Lindo himself was criticized after a TV appearance when he suggested people just ‘get out there’. “I had people saying, ‘No, you should be learning the birds, using binoculars.’ I say, ‘No, that’s boring!’ You can’t expect people to do that from the start. Just have fun.”

He’s pleased the perception of ticklist-obsessed birders armed with field guides and binoculars is changing and insists you don’t need all the gear or to become a ‘birder’. “Just watch them,” he says. “Once you blot out the noise—sirens, dogs barking, people shouting—you get on nature’s wavelength and hear things you never heard before.

“It’s like the dawn chorus,” he adds. “Forget which bird it is and enjoy it as a piece of music, an orchestra, and one day, you’ll be able to say, ‘That’s the violin, that’s the trombone.’”

Getting people outside is half the battle. Studies have long shown the links between nature and mental health and having suffered from depression himself, Lindo sees urban birding as a form of meditation. “When you spend half-hour with nature, you feel grounded and great. When I was diagnosed with mild depression, I refused to take pills so the doctor said, ‘In that case, do something you love—and do it more.’”

Lindo left the surgery, picked up his binoculars, and went to the Scrubs. “You find peace because birds don’t argue with you! Sometimes, I feel this euphoria—it’s the one thing in life that makes me truly happy.”

“I’m not into going somewhere to tick stuff off; I’m more interested in seeing what I see.”

And cities can offer this sense of calm. Lindo feels many organizations have got it wrong by focusing on the countryside and forgetting the cities. “In Britain, so much of the countryside is manufactured, farming monocultures that limit biodiversity and habitats, sprayed within an inch of their life with pesticides! But 82 per cent of people in Britain live in cities. By 2050, 75 per cent of all people will be in cities. It’s exciting—there’s a never-ending pool of people to talk to.”

One of his favorite spots is Kikinda, northern Serbia, where some 800 owls reside in the town square. “It’s like walking into a Harry Potter set,” says Lindo. People were puzzled when he first visited a decade ago but now, media turn up. “I’ve been made a ‘son of the city’—they call me David Lindovitch.”

More importantly, he adds, the government has designated the square a nature reserve; anyone caught disturbing the owls is fined €10,000. “They flocked there because of deforestation. It shows ecotourism can work anywhere, even in the middle of a town.”

Lindo has converted all sorts of people; briefly, forever, who knows. He once took a group of London kids, mostly from ethnic minorities, on a nature walk in July; not prime time as many birds are breeding or moulting.

“I saw a magpie and ignored it, thinking, ‘bog-standard sighting’,” he says, “Then I heard, ‘What’s that? It’s amazing. It’s black. It’s white!’ I thought, ‘Bloody hell, they haven’t even seen a magpie!’. So I showed them everything.”

When he ran out of birds, he heard a cricket: The Rousel’s bush-cricket is about an inch long with a yellow mark on its side, like a tick. “I was like, ‘Kids, check this out. This cricket is sponsored by Nike’ and they loved it,” says Lindo. “Then I saw a log and prayed there’d be stuff under it—there were frogs, toads, newts, the lot. Out came the phones, they were making videos, taking pictures for nearly an hour. It was modern technology meeting natural history.”

Lindo himself is no tickbox twitcher. He keeps lists, yes, but concedes that of the world’s 10,500 bird species, it’s unlikely he’ll see all of them. That said, he’s seen 2,500—almost a quarter—but that’s after decades dedicated to birding. “I’m not into going somewhere to tick stuff off; I’m more interested in seeing what I see,” he says.

“So many people miss seeing the sun rise or set or the clouds. But it’s so empowering, you’re refuelling, and when you’re looking up, you’re gathering this energy that’s helping you.”

But it’s still a coup when that elusive bird appears, something he experienced on a recent lagoon boat trip in Belize when he spotted an Agami heron. “It’s the sexiest thing on two legs!,” says Lindo. “It walks so elegantly, all multiple shades of blues and purples, fine filaments on its chest. It’s also secretive and hard to see, but as we approached, it stepped onto a branch—we were within six feet of it. I call these ‘handbrake moments’.”

And he admits there is one bird he’d love to see—but not an easy one. The Eskimo Curlew is a wading bird that nested in the Canadian tundra then migrated to the Midwest, over the Gulf of Mexico and into the Pampas. When Lindo was six years old, he watched an animated film called Last of the Curlews. “It made me cry,” he says. “It documented the last two curlews on the planet. The female got shot, the male tried to help but she died and he had to fly solo.

“There were millions when the first European settlers arrived in America, but they were shot for food,” he says. “The last reliable sighting was 1963. I’d love to be the person who finds it. I’d trace its migratory route and speak to people who may have seen it.”

But for the Urban Birder, the mission remains encouraging urbanites to engage with their surroundings and not assume there’s nothing worth seeing. Lindo recalls a day at London’s Brent Reservoir when he spotted a cormorant, which usually feeds on fish, feeding on something different. “It was a dead swan!” he says. “And there was a terrapin sunbathing on the swan’s body!”

For Lindo, it’s also about thinking of cities as part of ‘the environment’, another habitat to nurture and enjoy. “So many people miss seeing the sun rise or set or the clouds,” he says. “But it’s so empowering, you’re refuelling, and when you’re looking up, you’re gathering this energy that’s helping you.”

And while we may never get as excited about cities as we do rainforests or mountains, the truth is they’re the most accessible habitat for most of us. Facebook can wait; it’s time to #lookup.

Find out more about David Lindo at theurbanbirderworld.com

David Lindo is an Ambassador for Leica’s Sports Optics and also for the London Wildlife Trust, Rare Bird Alert, EcoNoja Feria Internacional and the Colombia Bird Fair, and is vice-president of the Wildfowl & Wetlands Trust. 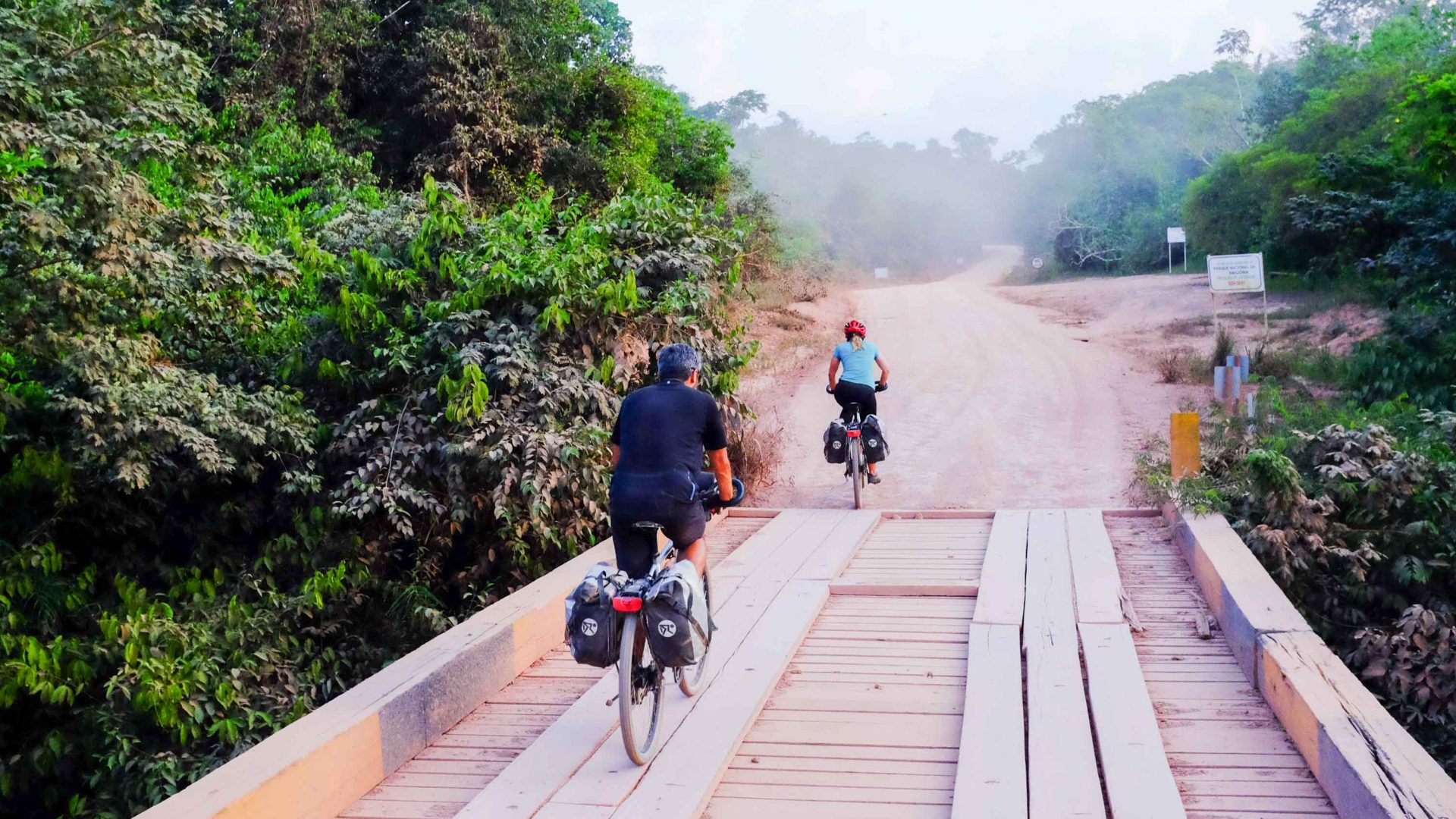 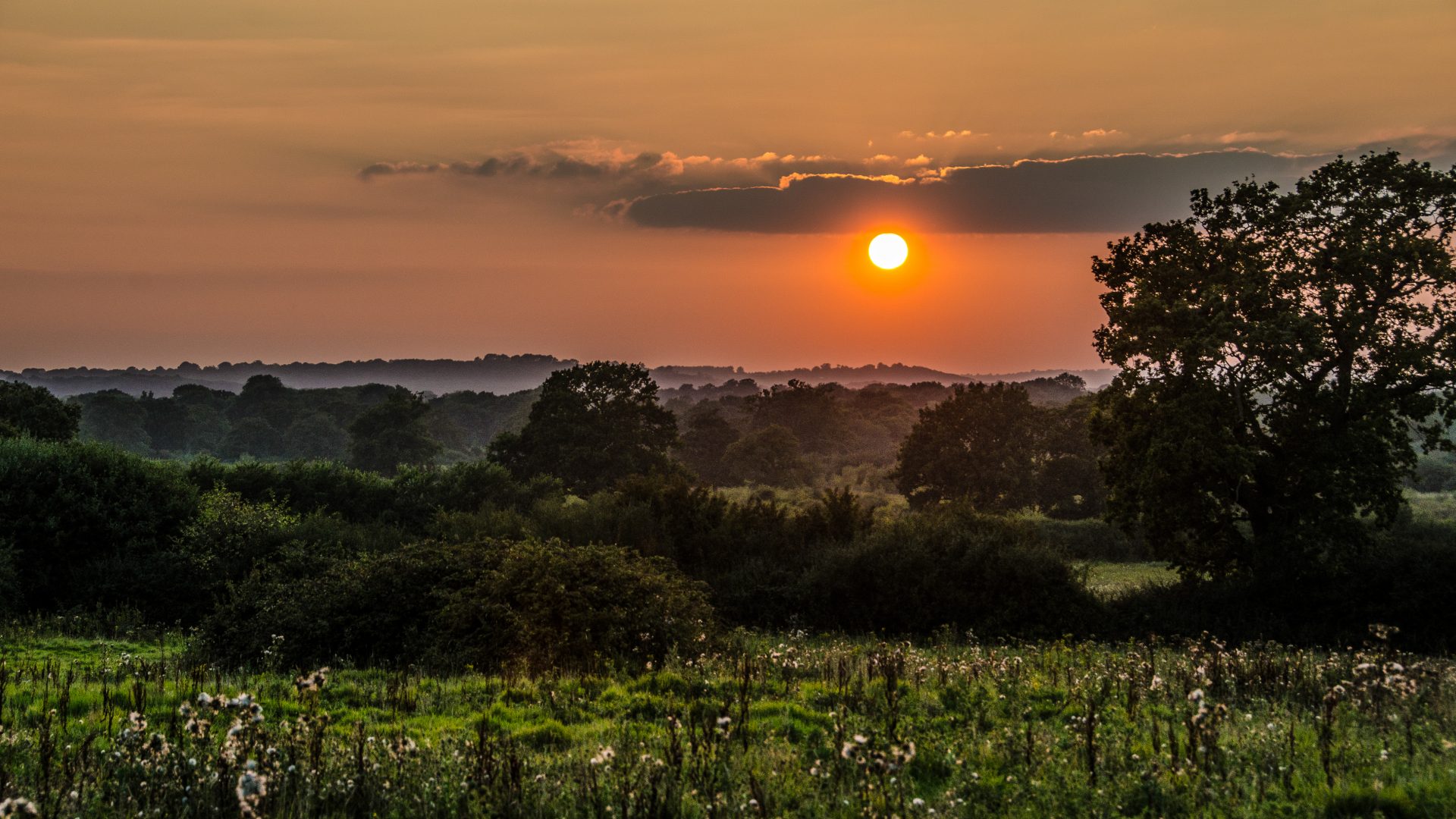