After stumbling upon an ancient food forest in the ’70s, Geoff Lawton dedicated his life to agroforestry. Today, some scientists believe these edible forests might hold the key for feeding the entire planet.

In 1975, Geoff Lawton was 21 years old, surfing with friends on the west coast of Morocco. It was something they did every year. Get seasonal jobs, rent kombi vans, camp on the wild beaches near Agadir and ride the North Atlantic swells. Then one day, the waves went flat.

“The surf died,” says Geoff over the phone from his home in rural New South Wales, Australia, “and people were talking about this place called Paradise Valley, up in the Atlas Mountains, a hidden place, full of palm trees and running water. So we went looking for it.”

The trail took them on dirt roads, up through Morocco’s high passes to a little village called Inraren. The group stopped to ask for directions, and Geoff wandered off into the forest. As he moved through the trees, it slowly dawned on him that something was weird. It was cool here.

There was a wisp of vapor on the ground. And the plants were all wrong … Bananas, oranges, dates, guavas and lemons, all growing on top of one another like some bucolic buffet. Quinces dangled next to mulberries, chickens scratched and flapped through the undergrowth, and there was a small herb garden, surrounded by a grove of wild olives.

“It looked like a valley desert oasis,” Geoff says, “I was fascinated by it. And it stayed with me, that image. I took a couple of photos on my Instamatic camera, which is pretty cronky by today’s standards, but still, I was reasonably sure I hadn’t imagined it.”

Little did he know, but Lawton had just discovered the ancient food forest of Inraren—a cultivated patch of 65 acres, lost in the jungle and fed by deep, underground springs. Experts believe it’s been harvested continually since before Christ, which makes it one of the oldest sustainable agriculture systems in the world.

As best we can tell, forest gardens began in prehistoric times. They’ve been found in Kerala and the foothills of Nepal, as well as Zambia, Zimbabwe, Vietnam, Sri Lanka and Indonesia. In Mexico, they’re known as ‘family orchards’. But for thousands of years, the science behind them and their environmental significance was only known to those that tended them: Usually small subsistence communities and rural families who knew how to keep a secret.

“The locals had a system that was stable, and they just had to pick it. Incredibly low-maintenance. It didn’t look like a farm, it looked like a forest. But it was a forest of food.”

It wasn’t until the 1980s, when British naturalist Robert Hart coined the term ‘forest gardening’, that the western world even registered the existence of food forests. Hart became the pioneer for the scientific field known as agroforestry or ‘permaculture’ which promotes healthier, more diverse use of land.

He grew a complex ecosystem on his property in Wenlock Edge, Shropshire, built on ancient food forest principles: An arching canopy of mature fruit trees, an undergrowth of fruit bushes, shrubs and perennial vegetables, vertical vines and creepers, and a ‘rhizosphere’ of underground roots and tubers. Everything edible, everything growing at once.

For the young Geoff Lawton, this was a world-changing idea. “I visited Robert Hart’s food forest in England and Graham Bell’s system in Scotland and I started finding food forests everywhere, some of them really radical,” he says. “I even found one on the beaches of Trinidad and Tobago. I never realized that this coconut food forest and Inraren’s date forests were part of the same history of sustainable permanence.”

After traveling all over the world, Lawson returned to Morocco. He wanted to learn what made Inraren tick. “It hadn’t changed much in 28 years,” he says. “I learned about the origins of the fruit trees and the way the climate works. I talked to the old farmers. The locals had a system that was stable, and they just had to pick it. Incredibly low-maintenance. It didn’t look like a farm, it looked like a forest. But it was a forest of food.”

Lawson eventually founded the Permaculture Research Institute, one of the world’s leading proponents of agroforestry, and now spends his days advising governments on sustainable food policies and running permaculture courses—teaching students to grow food forests, more or less in their backyard. “I have one student in Sydney,” says Geoff, “who can harvest 70 kilograms of food from a 20-square-meter balcony.”

“Food forests more or less remove the need for agriculture, which is one of the most destructive processes mankind has come up with.”

Permaculture is just one part of a broader rewilding movement, which aims to turn back the agrarian clock and undo 2,000 years of human-inflicted damage. Examples are, literally, sprouting everywhere, from Sebastio Salgado’s Instituto Terra (which spent 20 years regrowing a forest in Brazil’s Duce River Valley) to The Rewilding Institute, who are trying to introduce wolves and predator species back into America’s national parks.

In the ‘80s and ‘90s, all this was considered interesting, but more or less insignificant. Who needed ancient, 65-acre jungle gardens when modern agriculture and genetically engineered mono-crops could feed a thousand times, a million times, more people?

RELATED: The social enterprise changing lives and cleaning up Cambodia

But attitudes towards food forests are beginning to change, and many scientists now believe they might be the key, not just for feeding small Moroccan communities, but for feeding the entire planet. “They more or less remove the need for agriculture, which is one of the most destructive processes mankind has come up with,” says Geoff. “One of our biggest problems globally is soil erosion, and it’s unsolvable with modern agricultural practices. Soil is everything when it comes to ecology.”

This is a big problem. In her 2019 address, the deputy director-general of the UN’s Food and Agriculture Organization, Maria Helena Semedo, issued a pretty dire warning: “The equivalent of one soccer pitch of soil is eroded every five seconds,” she said. “The planet is on a path that could lead to the degradation of more than 90 per cent of all the Earth’s soil by 2050.”

But the beauty of food forests is that they give back more than they take: They actually enrich the soil. Forest gardens are resilient to pests, need very little tending, and produce more food, pound for pound, than Silicon Valley’s most cutting-edge agritech.

Geoff calls it ‘urban agriculture’, and he reckons we can start right now. “Your average farmer looks at 64 square meters and thinks, ‘It’s a postage stamp. It’s not even worth thinking about’,” he says, “but urban agriculture can outproduce industrial agricultural per square meter by a long way. And if you want to compare the nutrition, the energy input and the transport costs, you win by thousands of times.”

Geoff knew that if permaculture and food forests were ever going to take over the world, he had to do more than just tell people. He needed to show them. So in 2009 he started a food forest in the craziest place he could think of: The Jordanian desert, 400 meters below sea level, about two klicks from the Dead Sea.

The project was called Greening The Desert. Geoff canvassed organizations for funding, flew out to Jordan with a small team and got to work, literally digging in the dust and the dirt, building garden beds, creating topsoil, planting fruit trees and shrubs, just like he’d seen in Inraren 40 years ago. The results surprised even him.

Within 10 years, nature came back to the desert.

“When we started, there was nothing there. Just dust and sand.” says Geoff. “Then, after a few years, we had some trees, and birds started arriving. Then a tortoise arrived, and I was looking around thinking, ‘How the hell did this tortoise get here through the desert?’ Then a hedgehog arrives. Then some frogs. Trees started to germinate where trees had never germinated before. Nature began to magnetize. Suddenly, I was living in a thriving desert greenhouse.”

Geoff’s Jordan project became the template for modern food forests, spawning urban spin-offs in cities all over the world, including the famous Beacon Food Forest in Seattle. But he says this is just the beginning, that one day we’ll turn cities into gardens, car parks into forests. The first step is to give up the illusion that we’re in control.

“You design the system and even teach the system, then it teaches you,” he says. “It dictates the evolutionary path it wants to follow. So you become the steward of the evolutionary process, not the overlord. All you have to do is sit back and watch.” 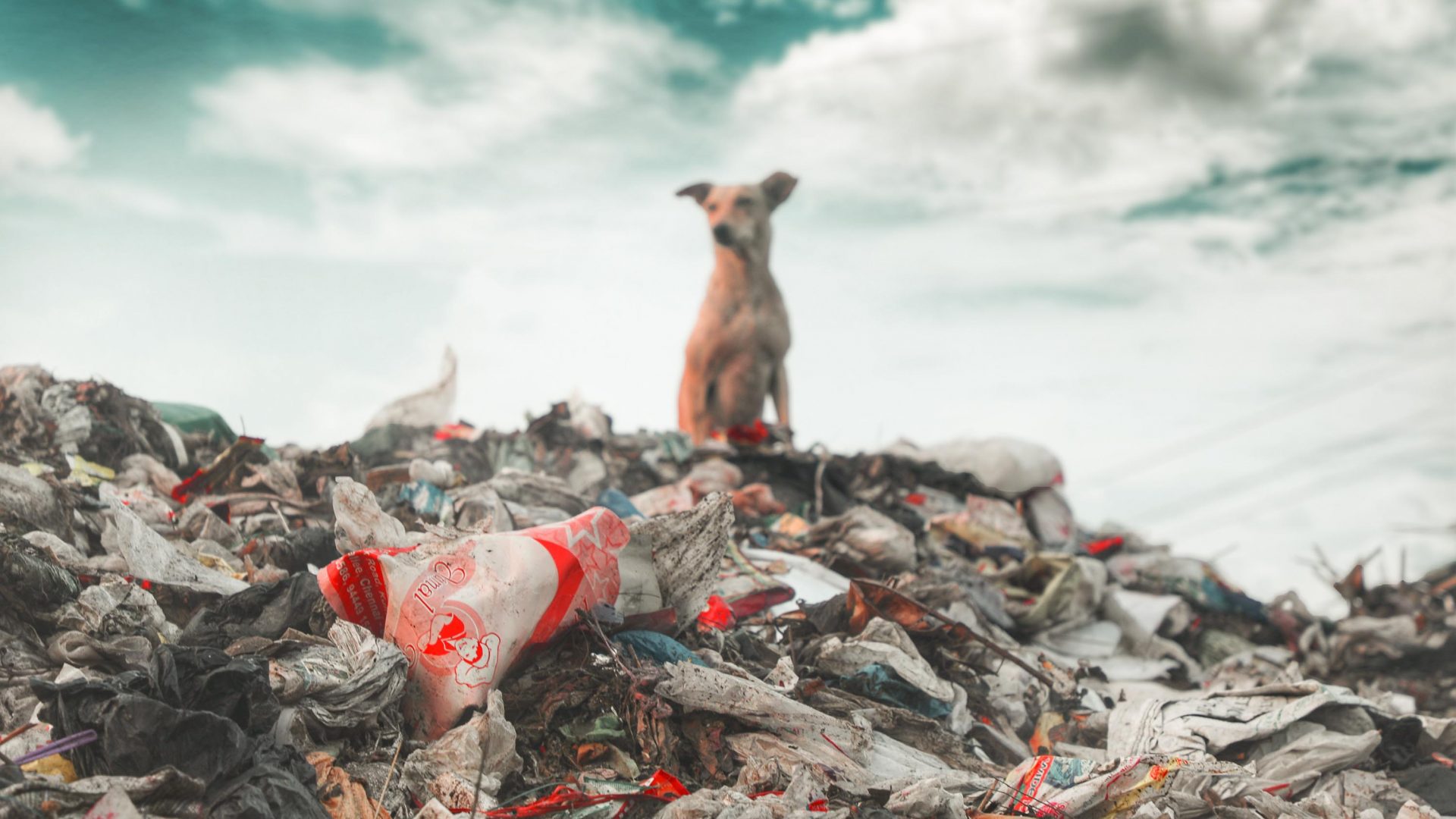 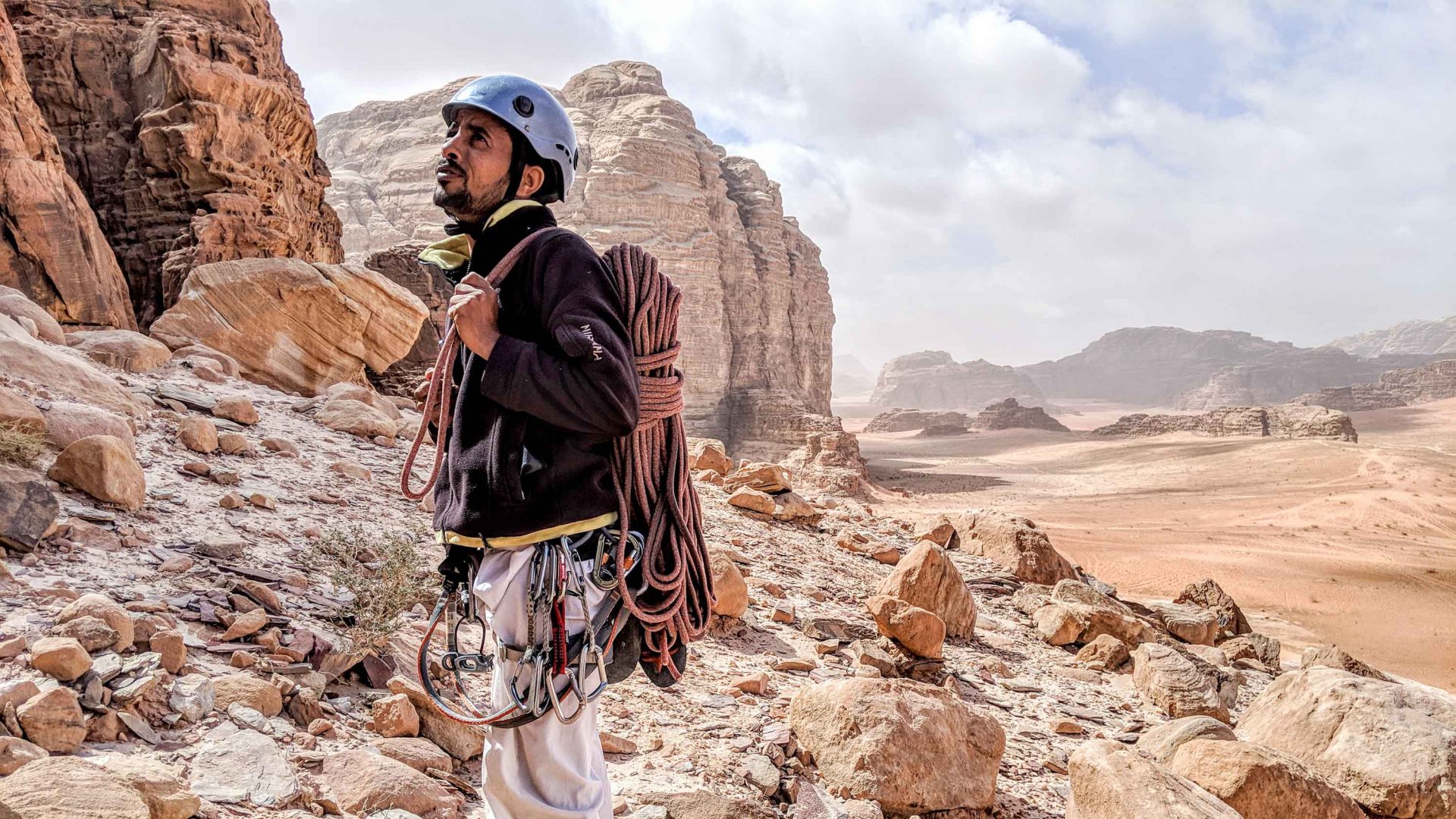