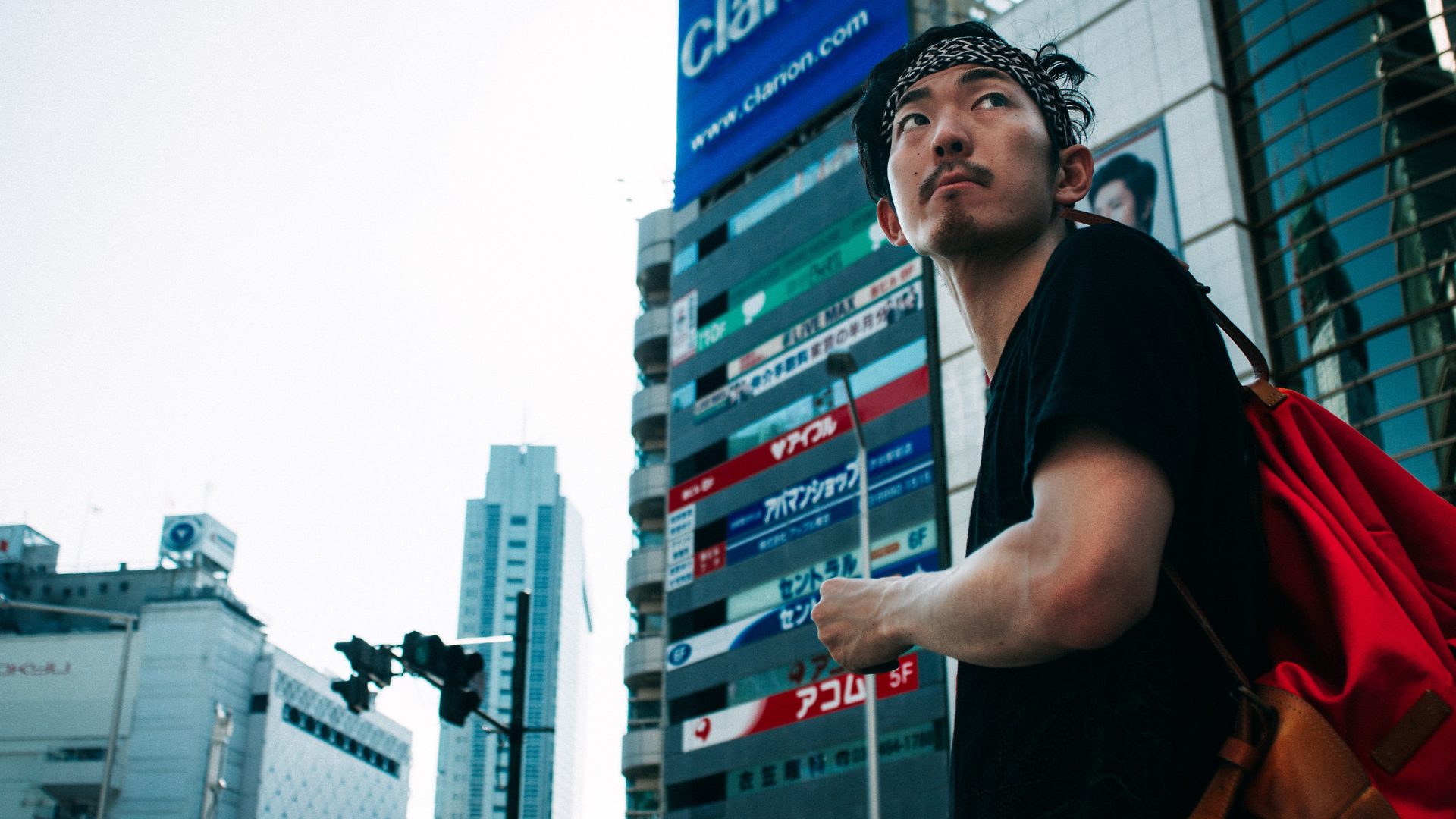 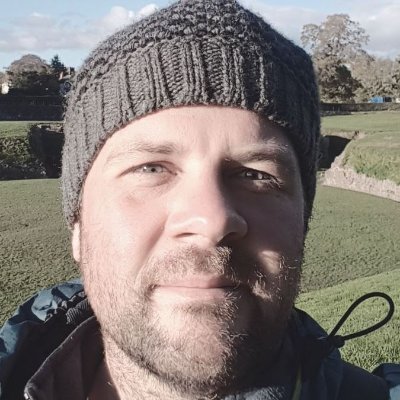 Since the explosion of car use in the 1950s, people in Europe and North America have walked less and less. But, according to Swansea University research officer Aled Mark Singleton, walking is more than an activity: It ties you to where you are and unlocks your memories.

During lockdown in 2020, governments across the world encouraged people to take short walks in their neighborhoods. Even before COVID hit though, amid the renewal of city centers and environmental and public health concerns, walking was promoted in many places as a form of active travel, to replace car journeys.

This resurgence in urban walking has been a long time coming. Our first baby steps might still be celebrated. But since the explosion of car use in the 1950s, people in Europe and North America have walked less and less.

UK transport statistics show an annual increase of about 4.8 billion passenger motor vehicle miles (from car and taxi use) in the four decades to 1990. The last decade of the 20th century saw that growth slow. But until recently, our collective motor use just kept climbing.

The pandemic changed that. Passenger motor vehicle miles decreased by over 68 billion. And surveys suggest that 38 percent of the people who took up walking as a new pursuit aim to stick with it. My research shows walking is more than an activity: It both ties you to where you are and unlocks your memories.

Walking through Caerleon in the 1960s and 1970s, a film about Aled Singleton’s project by Tree Top Films.

How walking connects you to your city

In the 2000s, as part of their Rescue Geography project, geographers Paul Evans and Phil Jones facilitated group walks in the Eastside district of Birmingham, Britain’s third largest city. The idea was to “rescue” local people’s understanding of an area before it is redeveloped. They accompanied older former residents on foot through streets they’d known as children before these inner-city neighborhoods were demolished in the 1950s and 1960s and they had relocated to suburbia—a shift that saw the car become their only option for everyday transport.

Similarly, in my doctoral research, I used walking to understand how the neighborhood of Caerleon in South Wales had expanded in the 1960s and 1970s. I did many one-to-one interviews with people not sitting down in a room, but strolling through streets they knew well. It became a way of exploring how spaces act as thresholds to memories and to levels of the unconscious, which may not otherwise reveal themselves.

People showed me the streets where they had lived at points in their lives. One person took me on the route he took to school during the 1970s, as a teenager. Passing certain shops prompted stories of how he’d walk to pick up a block of cheese or rashers of bacon for his mother. He told me how his family’s shopping habits had changed over time. After getting a freezer in the late 1970s, they started driving to the out-of-town supermarket.

I met another family who had lived on the same street for three generations. The grandfather was in his 70s, his daughter middle-aged, and his granddaughter 11. His daughter described how the streets she’d known as a child in the 1980s were now so much busier, and more dangerous, because of the cars. She described her daughter’s world as being “narrower” as a result.

How walking unlocks our memories

Walking changes the way we tell our life stories. Taking a street we once took often unlocks things: We might not struggle as much to remember specific dates. We find freedom of sorts to go deeper into our memories.

This chimes with the non-representational theories championed by geographer Nigel Thrift. Broadly this approach highlights how physically being in a specific place can help us retrieve feelings or knowledge that are deep within the subconscious.

In her research with migrant communities in the UK, sociologist Maggie O’Neill has used walking and participatory theatre as what she calls biographical methods for exploring ideas of borders, risk and belonging.

Walking, one person in middle age told me, “takes you back yourself, on a journey, to the places you’ve lived.” They spoke about the “packed connections” these places hold, of being taken back to childhood and thinking about people who have spent their entire lives living in one place.

In a similar way, I collaborated on two public group walks with a dancer, Marega Palser. I planned lines on the ground which linked environments such as houses, shops, schools, busy roads, paths, and green spaces. And Palser turned material I’d gathered from my walking interviews into short pieces of street theatre that we would share, as a collective.

Palser’s interpretations were deliberately disarming and playful, and they triggered unexpected responses. In one case she used toy vehicles to recall a car crash from the late 1960s.

One person recalled how a relative in the 1960s had accidentally pierced the gas pipe (a very new technology at the time) in their council house kitchen. While the anecdote had initially seemed unimportant, we learned that the incident had happened on Christmas Eve and that the council had come straight away to sort out the problem.

Minds were cast back to a time when technologies now common were only just emerging. Many more attendees came forward and shared stories from their lives in the mid-1950s to mid-1970s. They relayed how central heating had arrived with new-build houses on suburban housing estates and how supermarkets had offered more choices.

As with Evans and Jones’ Rescue Geography project, I found that it was through touching and feeling these geographical spaces that people were able to connect with their memories. Walking, one person in middle age told me, “takes you back yourself, on a journey, to the places you’ve lived”. They spoke about the “packed connections” these places hold, of being taken back to childhood and thinking about people who have spent their entire lives living in one place.

Walking is about slowing life down and thinking local. It enables conversations. It develops empathy. More than a simple physical activity, it is a way of thinking and a state of mind. From online resources for composing walks and apps for tracking them to the online walking communities of people who cover each street in their city—the every-single-streeters—there are plenty of ideas for you to get walking, too.

Aled Mark Singleton is a Research Fellow in Geography at Swansea University. With an interest in emotional and affective attachments to place, he has also managed community and urban regeneration projects (2006-18). His essay, "Learning to walk (again) and engage with places” was published in Places for Life II by the Design Commission for Wales. 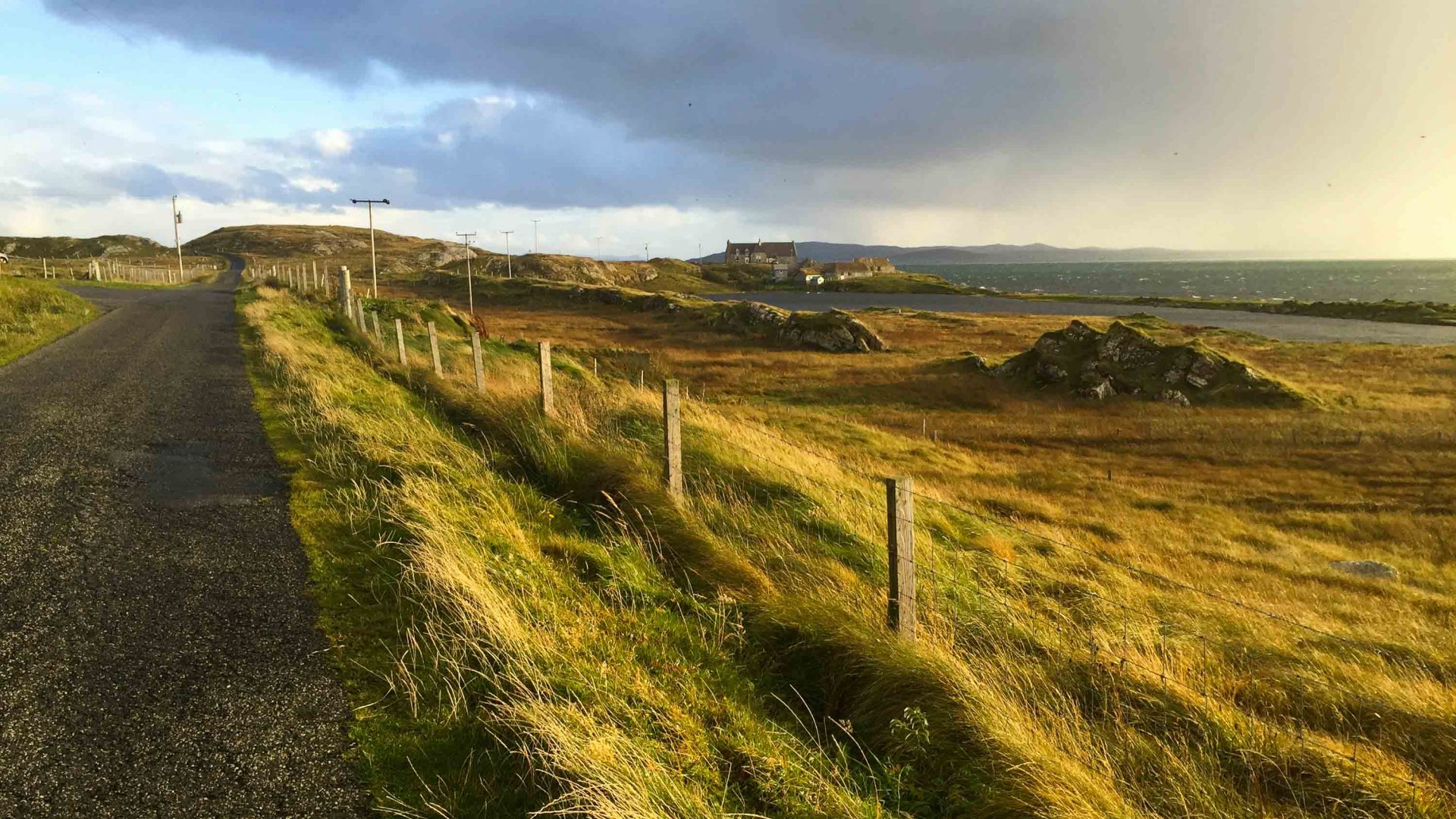 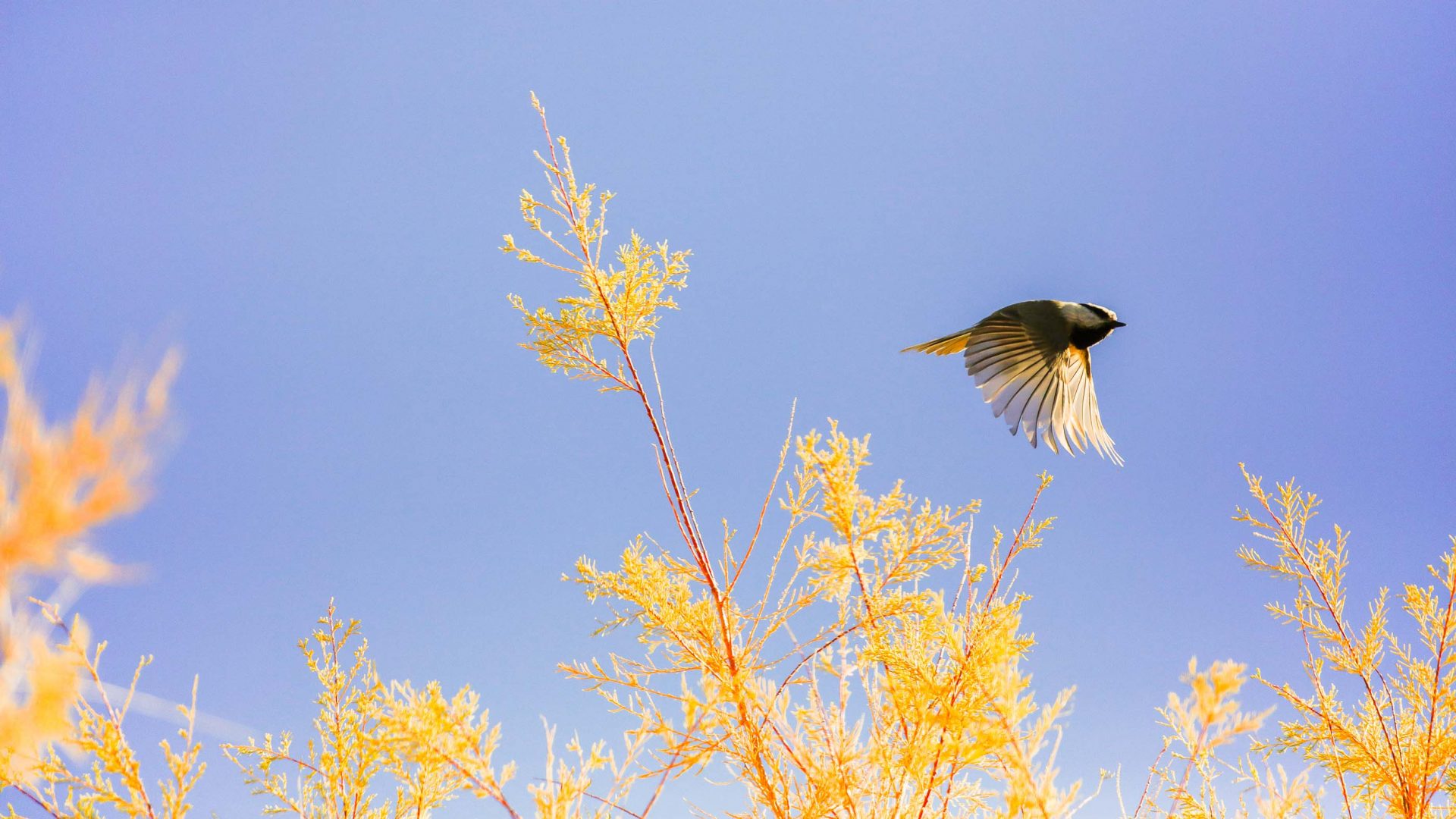 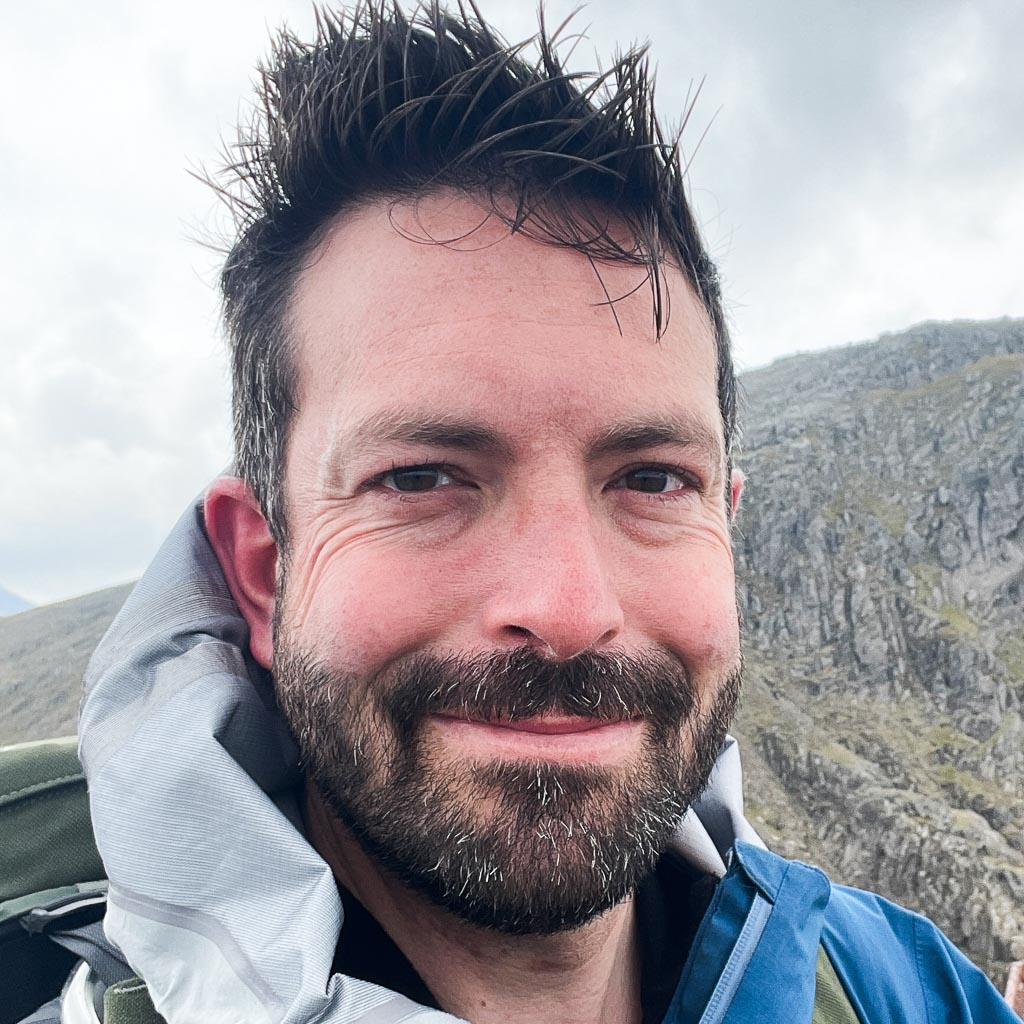 How lockdown—and birding—changed the way I hike