How soon is too soon for post-Isis tourism? 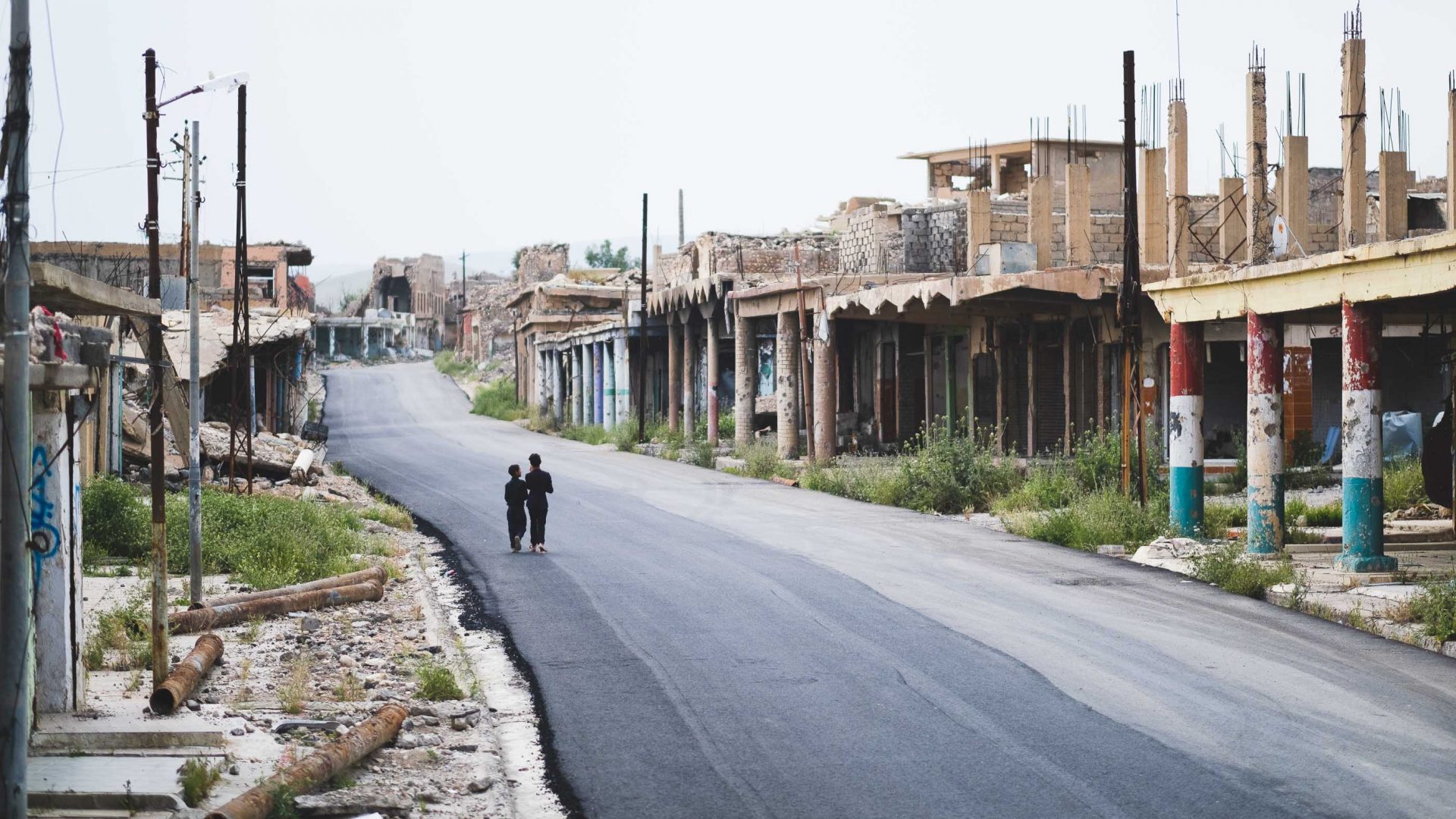 Tours to Syria and northern Iraq are increasing in number, and tourist arrivals to both regions are on the up. But while the ‘caliphate’ may be over, is it safe to return yet?

“You’re traveling through to … Erbil?” The flight check-in staffer raised her eyebrow as I wrestled my suitcase onto the luggage belt. “Are you an aid worker or something?”

“No, just a tourist,” I smiled, and she looked at me as if I was insane.

I couldn’t really blame her for confusing Iraqi Kurdistan with the Iraq we see in the news. From the Saddam era to the Iraq War to the reign of IS, the region has had a rough trot. But since the liberation of Mosul from IS in 2017, tourism to this semi-autonomous region of northern Iraq has been booming, with tourist numbers in 2018 increasing by a whopping 47 per cent to just over three million annual arrivals.

Most visitors come from southern Iraq and Iran, but the region—home to at least 5.6 million of the world’s estimated 36 million Kurds—is becoming increasingly popular among Western tourists too.

“I never expected our Kurdistan tour to be so popular,” says Dylan Harris, owner of UK-based Lupine Travel, which has run trips to the region since 2014. It helps that there’s visa-free entry to citizens of 40 countries. “We’ve now moved up to four tours per year and each of them sell out months in advance.”

After touring the region for eight days with Dylan’s outfit and our guide, Sardar Abdullah—a gentle, 32-year-old political science graduate who worked as a fixer for international journalists before segueing into tourism—I can see why. From its sandcastle-esque citadels to ancient places of worship, the rugged mountains to heart-breaking memorials to victims of both the Saddam regime and IS, it was a transformational trip.

While traveling to any region with minimal tourism infrastructure comes with its challenges (coffee in Kurdistan is far from a sure thing) I never felt unsafe exploring this surprisingly liberal region. But even with the threat of IS gone (despite a close call in 2014, the terrorist group never advanced into the Kurdistan Regional Government-controlled region) most international tour operators are reluctant to tap into its tourism potential due to ‘do not travel’ advisories that most countries apply to the whole of Iraq.

“As a responsible travel company, we understand the benefit that tourism can bring to communities,” explains Erica Kritikides, senior brand and product manager at Intrepid Travel. “But while Intrepid has continued to operate trips in destinations that have suffered from terrorist attacks, modifying and temporarily rerouting itineraries where required to ensure traveler safety, we do not run trips to ‘do not travel’ zones.”

It’s easier to understand a reluctance to return to Syria. One of the most popular travel destinations in the Middle East before war broke out in March 2011, Syria’s tourism had declined by a reported 98 per cent by 2015, two years after IS was formed. But while the Assad government’s attempt to win back tourists with its September 2016 ‘Syria – Always Beautiful’ campaign fell flat, the situation now appears to be changing.

“With its many checkpoints and streets packed with people, it’s hard to feel unsafe in the Old City of Damascus.”

Despite most international governments advising against all travel to Syria, in March the nation’s deputy tourism minister, Bassam Barsik, announced it received 1.8 million visitors in 2018—an increase of 500,000 arrivals from the previous year. In the face of criticism from its foreign ministry, French travel agency Clio sold out its first departure to Syria in April this year, and every time I’ve Googled Syria over the past few months, it’s thrown up a new blog post by a tourist who has made the journey.

Among them is a comprehensive guide on how to travel to Syria respectfully by Spaniard Joan Torres, purveyor of popular off-the-beaten-track blog Against the Compass, who visited the country last December.

After the Syrian government changed the visa laws which previously required visitors to book an organized tour, Torres was able to travel via public transport between the historic centers of Damascus (which has remained largely unscathed), Aleppo and Homs, where life goes on beyond the iconic scenes of destruction the outside world has come to associate them with. He said he was warmly welcomed by locals, and was not concerned for his safety.

RELATED: The diary of a conflict reporter

“With its many checkpoints and streets packed with people, it’s hard to feel unsafe in the Old City of Damascus,” Torres tells me when I tracked him down in Mexico. “When I arrived in Aleppo after an eight-hour bus journey, the people sitting around me waited with me until my Couchsurfing host came to pick me up.”

But despite a US-backed alliance of Syrian fighters announcing in March that IS had lost the last pocket of territory in Syria it controled, Syria is still in a state of civil war, with fighting ongoing in the northwest Idlib province, just a few miles west of the Homs-Aleppo highway.

There’s also the ethical dilemma of visiting countries with poor human rights records. Many experts argue, however, that making a blanket decision not to travel based on the actions of a government often impacts the wrong people.

“I would be lying if I said Syria was 100 per cent secure, but it is much better than it was. The main highways are much safer now, and our history, our culture, our food is still here.”

Damascus-based tour guide Mohammad Alkhousi, who was forced to flee his home (which now lies in ruins) and pick up odd jobs to feed his family after tourism dried up, knows this all too well. Yet while the father of three is thrilled to be sharing his infectious passion for his country with tourists again, he’s pragmatic about the situation.

“I would be lying if I said Syria was 100 per cent secure, but it is much better than it was,” Alkhousi tells me on the phone from Lebanon, where he’s picking up an Australian tourist for a private tour. “The main highways are much safer now, and our history, our culture, our food is still here.”

After monitoring the situation in Syria himself for several years, Lupine Travel’s Harris plans to launch tours to the country in April 2020. “I had it in my mind before my first visit in 2017 that I could potentially start tours to Damascus after I returned, but although the old town was safe, I could still hear gun battles a few kilometers away,” he says. “I now feel the country is safe enough to start taking occasional small groups into.”

With the ancient Semitic city of Palmyra now receiving tourists again, and local guides lining up for work, there’s no doubt that respectful and responsible small-scale tourism can be a force for good here—for those willing to take the risk.

Lupine Travel runs an eight-day Iraqi Kurdistan trip. Remaining 2019 departures are full, but spaces are still available on 2020 departures, with trips to Syria expected to open for bookings soon.

This story was updated on 10 December 2019 to amend the suggestion that tours to Syria and Northern Iraq were ‘selling out’. 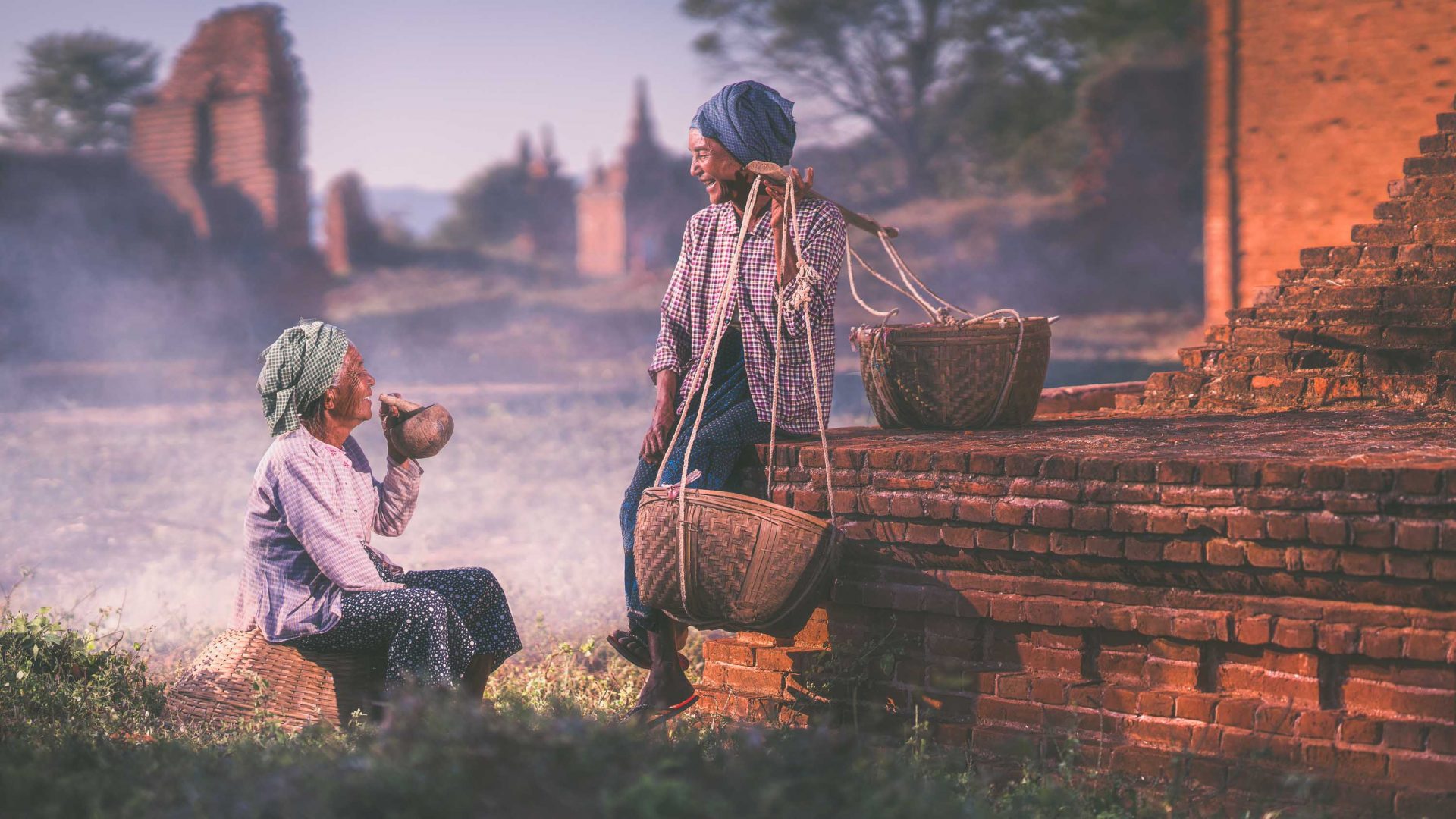 To travel or not to travel: The ethics of travel boycotts