My first war: The diary of a conflict reporter 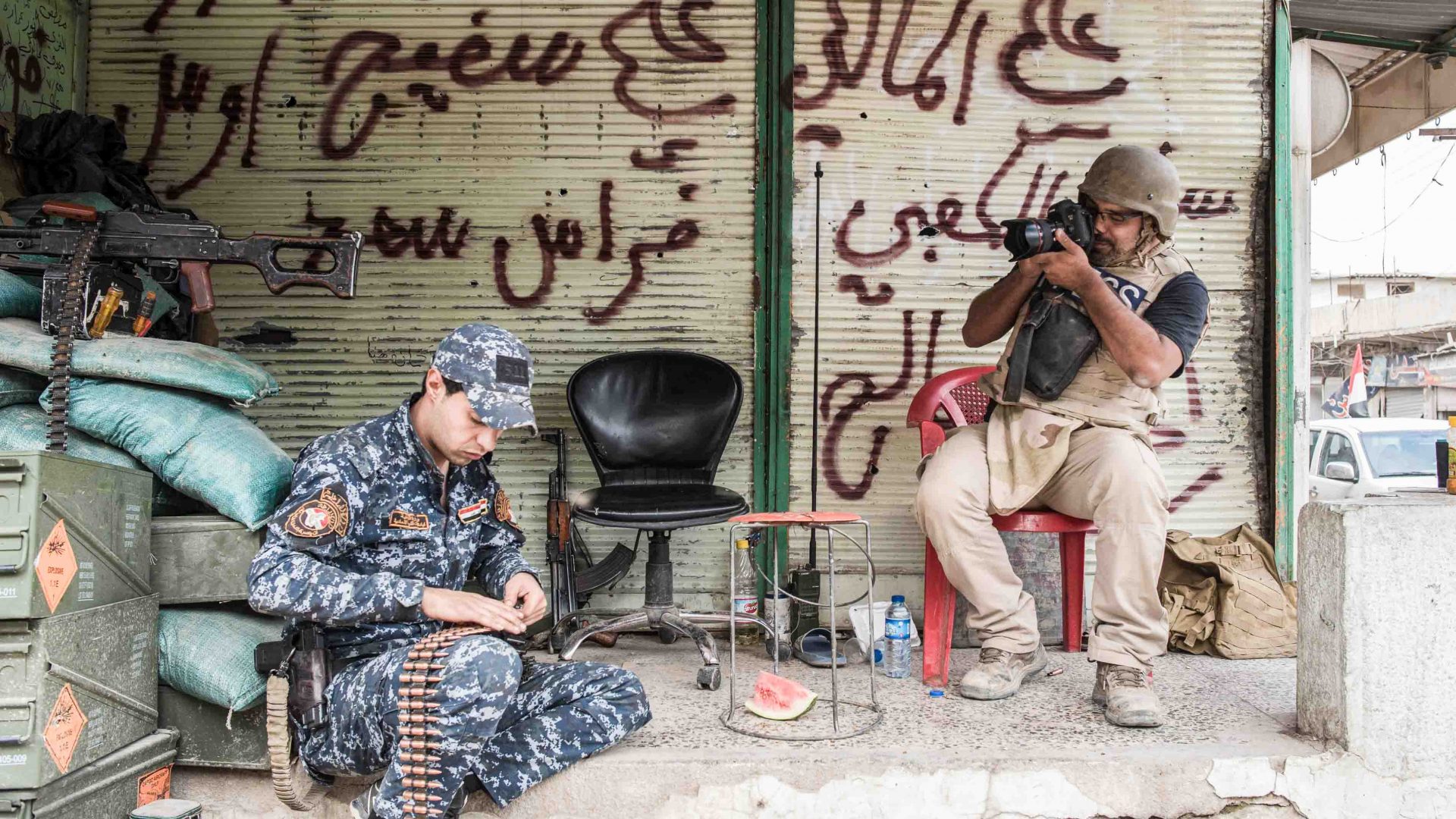 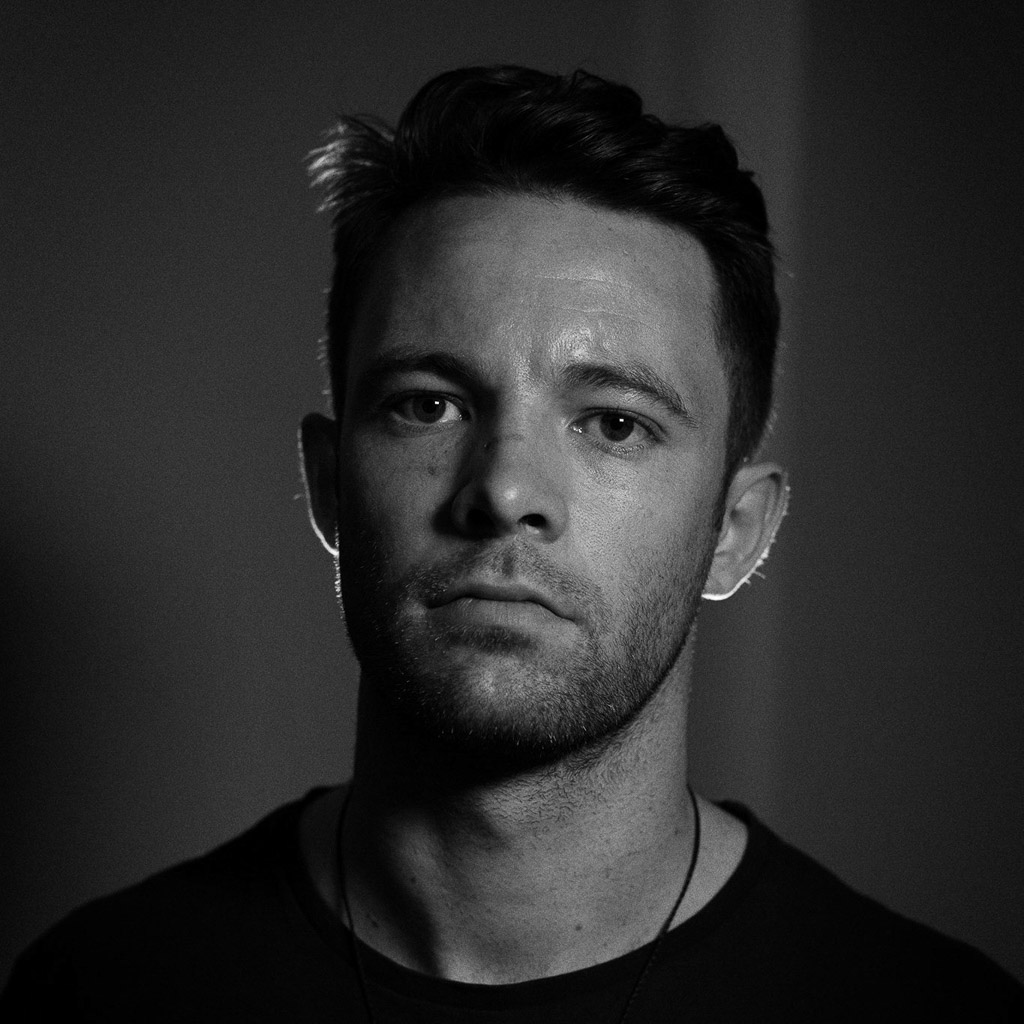 In search of purpose and a change of pace, freelance journalist Campbell MacDiarmid was drawn to conflict reporting. One year on, he recounts his time in Mosul, Iraq—his first war.

It’s the 17th of October, 2016. D-Day. I am in a column of vehicles descending in a cloud of dust down from the hills onto the Ninewa Plains. We are in the front of an attack by Kurdish Peshmerga fighters, who’ve been sent to liberate a series of Islamic State-held villages on the edge of Mosul.

Mosul. I’ve spent nights on sand-bagged hilltop positions gazing down at its twinkling lights. Marveling that over a million people down there are going about their business, all under Islamic State control. They’ve held the city, Iraq’s second largest, since June 2014. Since then, the jihadist group has shocked, appalled, and titillated a global audience by their draconian rule—and their relish for sophisticated snuff films.

They’ve drawn tens of thousands of young fanatics to their cause, united a coalition of 68 countries against them, and even attracted a handful of wannabe foreign volunteers to take up arms to fight them. Hundreds of journalists wash up like jetsam on the periphery of this warzone, all eager to cover the action. Among them are dozens of inexperienced freelancers, willing to risk their lives to file a dispatch for whichever publication is willing to pay. I guess I’m one of those guys.

My first impression of war is that it all looks like a film set. The sound effects are spot-on. The rattle of machine gun fire, distant explosions from airstrikes, even the pewpews of stray bullets flying overhead. As we near the plains, Islamic State mortars kick up puffs of dust either side of the trail—an unseen mortar team is bracketing the convoy.

Wrapped in Kurdish flags in the backs of open trucks, the Peshmerga soldiers are singing. But I decide to get out of the soft-skin pick-up I’m in and look for protection. I find it inside an armored Toyota LandCruiser, where rising tendrils of cigarette smoke mingle with the smell of Wild Tiger energy drink. I need a shit, but there’s nowhere to go. It’s completely open outside for miles. And the mortars keep landing.

January 2017: “Everyone is habibi in this country!”

“Habibi!” The fixer cackles over this Arabic endearment, which translates to ‘my dear’. “Everyone is habibi in this country, every checkpoint is habibi!”

Our fixer is our lifeline: Driver, translator and, as the name suggests, a man who can fix any problem which might arise. The particular problem just resolved was a military checkpoint for which we needed permission to pass. He has just blagged our way through, thanks to a combination of fast-talking and entreaties.

There are a lot of civilian deaths, too. Far more than fighters, on either side. I can’t write about them. I’m not ready.

Three months into the battle and the exciting veneer of the conflict reporter has cracked, revealing something duller and occasionally darker underneath. Then five AM starts with endless hours of driving, arguing our way past checkpoints, and too many of the slim cigarettes that the soldiers thrust upon us every time we stop; it’s all taken on the surreal repetitiveness of a warzone Groundhog Day.

There’s a lot of downtime in reporting, too. A lot of the time, you’re waiting. Waiting for permissions, waiting for the right light for the photographers, waiting for something to happen. When you’re waiting for long amounts of time with the same people, you begin to get familiar with each other’s tics and foibles, or you get a bit stir-crazy. You make bad taste jokes or do dumb stuff to pass the time, like trying to slice bread with the car’s electric windows.

Then when something happens, you see how your colleagues respond under pressure; and later, you feel you all know each other a little bit better. In stressful situations, the long-term health risks of smoking seem like an abstract joke. Afterwards you want to laugh, drink beers in rapid succession, and talk about it with those who were there. But not so much with those who weren’t.

RELATED: Could these be Afghanistan’s first ski Olympians?

After clearing the checkpoint, we arrive at a casualty collection point inside a semi-destroyed mosque, a few miles back from the frontline, and wait for something to happen. The medics are cleaning up, following a rush of patients, rinsing blood from the gurneys. A foil blanket drifts lazily past, like some astral tumbleweed. The soldiers here are bored.

May 2017: Nobody gets out unscathed

Bahar is from Baghdad and speaks English. He learned the language from Tom and Jerry, he tells me. Tom and Jerry didn’t speak much, I tell him. Cartoons, then. And BBC2.

We’re sitting in a fly-blown room in west Mosul. Waiting. Two other soldiers are sleeping on bare foam mattresses, their scarves pulled over their faces. I tried napping, but the flies kept biting me. They’re everywhere. On our clothes, on the carpet feasting on spilled sugar from our tea, buzzing around the rubbish fire smouldering in the courtyard.

We wrote about, photographed, and filmed a war. We tried to do a good job. Along the way, we built careers, cemented friendships, and watched people die.

Bahar is flicking through photos on his phone, pictures of his loved ones mixed randomly with pictures of dead bodies. It’s a familiar slideshow. There are few dignified deaths in this war. The first few times I see a dead body, there’s a morbid fascination. I stare, take notes, snap photographs. Pondering the unassailable evidence that you can transform from a living, breathing human being into a lifeless corpse in the flash of an IED blast.

Then, as time passes, there’s nothing particularly interesting about it. They’re not scenes to dwell on, they tell you little about why men fight wars. Unless they happened to die in some surprisingly gruesome way, they are no longer stored like crime scene photographs in some folder in my memory.

It’s been seven months now. A lot of the soldiers’ phone numbers I took early on don’t ring any more. I’m tired and I haven’t even been fighting, I’m free to leave whenever I like. Some of the soldiers have been fighting for over three years now. “I don’t even care anymore,” one tells me.

There are a lot of civilian deaths, too. Far more than fighters, on either side. I can’t write about them. I’m not ready.

Later, we are walking near a cemetery when a bullet kicks up a puff of dust from the ground. While the journalists all pile behind a mud brick wall, Bahar walks out to where the bullet landed, picks up the spent round, and hands it to me, laughing.

The final fighting is in the heart of Mosul, in the Old City. But most of us hacks don’t see much of these last days of fighting because the Iraqi government tries to impose a media blackout. By this stage in the operation, we have a fairly clear idea of will be going on behind that blackout, of the brutality and atrocities being executed out in the final days of battle.

Suspicion of civilians is high. The soldiers think anyone who is left is with ISIS. That sentiment only intensifies after suicide bombers exfiltrate with the fleeing civilians.

In quiet moments, we laughed at bad jokes, swam in the spring snowmelt of the Tigris River, and drank whiskey through incarnadine sunsets over the Nineveh Plains.

An old man comes walking out through some rubble with another group of civilians. He’s not carrying an ID and no one will vouch for him. The soldiers lift his robe and find partly-healed injuries. They interrogate him briefly and say they are certain: He was with daesh. They tie him blindfolded to the bumper of a Humvee and drive him off.

Only his backpack is left behind; the kind a child might carry school books in. The soldiers empty his possessions onto the ground: A few medical supplies, a change of clothes, a comb, some pens, and a notebook. His worldly possessions, all that’s left of a life, tossed in the dust. A soldier hands me the man’s prayer beads. They feel cheap, made of white plastic. I don’t know what to do with them so I put them in my pocket.

It started as a grand adventure. We wrote about, photographed, and filmed a war. I didn’t know whether I was experiencing something profound or profane, but it still felt important to be there. We tried to do a good job. Along the way, we built careers, cemented friendships, and watched people die.

In tense moments, we giggled helplessly at war’s minor horrors, crouched behind buildings and huddled inside Humvees smoking ourselves sick. In quiet moments, we laughed at bad jokes, swam in the spring snowmelt of the Tigris River, and drank whiskey through incarnadine sunsets over the Ninewa Plains.

But it ends like this: I take a souvenir from a man who may shortly be executed. It left me feeling grubby. Like there was a level of complicity in just being there.

Later, I put the beads in a box at home and close the lid on them, on Mosul, my first war. I don’t know when I’ll open it again.

Campbell MacDiarmid is a New Zealand freelance journalist based in northern Iraq. He writes about heavy metal, war, desert truffles, Kurdish hipsters and whatever else captures his interest for a gamut of clients.