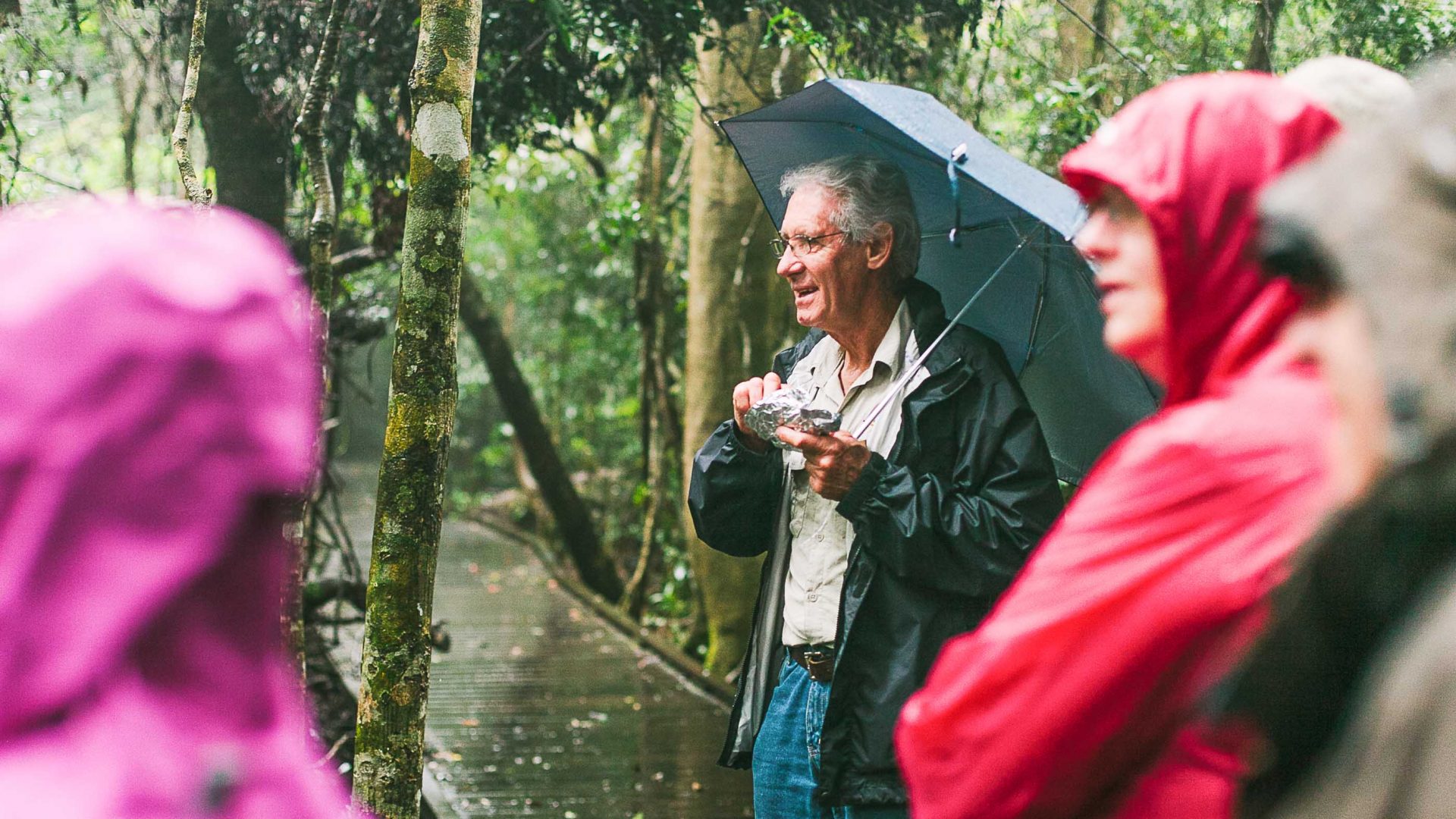 Nature guide, photographer and documentary maker Glen Threlfo has spent four decades telling stories to famous (and not so famous) guests of O’Reilly’s Rainforest Retreat. Jo Stewart learns more about what makes this little nook of Queensland so remarkable.

Forty years is a long time to spend at one workplace, but when your ‘office’ is the subtropical paradise known as Queensland’s Scenic Rim, it’s no hardship for someone like wildlife-loving Glen Threlfo. In fact, working in nature may just be the elixir of life.

“Unless I look in the mirror, I still feel like I’m in my 30s,” says the septuagenarian storyteller who has entertained, educated and enlightened guests at O’Reilly’s Rainforest Retreat since 1980.

As a native wildlife hotspot home to an astounding 500-plus waterfalls and 320 kilometres of walking tracks, the UNESCO World Heritage-listed Lamington National Park (Woonoongoora) has been inhabited by the Aboriginal people of the Yugambeh group for tens of thousands of years prior to European settlement. Today, it’s a magnet for nature photographers, filmmakers and more recently, Instagrammers.

Over the years, some of the world’s most influential naturalists have filmed in and around O’Reilly’s, with Glen lucky enough to work with two all-time greats: Steve Irwin and Sir David Attenborough.

“I took Steve and Terri out and showed them some funnel-web spiders. Steve was just like he was on television… like a little boy jumping out his skin with excitement,” Glen says, adding that Sir David Attenborough is “a real gentleman.”

Whether he’s interacting with curious children or giants of the conservation world, Glen loves sharing this special corner of the planet with anyone who has an appreciation of the ancient rainforest and its inhabitants. “I’ve been so privileged to work at O’Reilly’s. I love taking people out and interpreting the rainforest.”

He knew O’Reilly’s was a unique place when he rocked up to attend Bird Week in the late ‘70s. Some 44 years later, the well-known ornithological celebration is still going strong.

“I arrived with a $20 camera to photograph birds and fungi. I had this crazy moustache…I don’t know what for. I was probably trying to impress someone,” Glen recollects.

“O’Reilly’s guests say that I’m like an encyclopedia. People that are in touch with the bush know a lot. I’m still like a young lad enjoying it all; the endless mystery, intrigue and wonder.”

Stories are integral to O’Reilly’s Rainforest Retreat, a 95-year-strong, multi-award-winning tourism business established by the visionary O’Reilly family. As ecotourism pioneers, the family’s legacy is still being enjoyed today by people who come from far and wide to experience the wild wonder of Queensland’s Scenic Rim.

Whether you pitch a tent in the campground or splash out on a self-contained spa villa, O’Reilly’s is brimming with wildlife encounters and knockout mountain views. It’s an egalitarian place where you can spend your time however you like, whether that’s hiking to crystalline waterfalls, unwinding at the Lost World Spa, or taking your kids to see glow worms light up the night.

Glen delights in sharing his love of nature with the diverse range of people who visit O’Reilly’s—an enduring passion that began when he was a child growing up in Lismore. “We didn’t have television, so my world was looking at birds and chasing snakes and lizards,” he says.

His boyhood adventures in the outdoors continued into adulthood. He’s published nature photography books and travelled the world as a camera operator filming wildlife documentaries for the likes of the BBC. Over the years he’s accumulated an astonishing amount of knowledge about the natural world. “O’Reilly’s guests say that I’m like an encyclopedia. People that are in touch with the bush know a lot. I’m still like a young lad enjoying it all; the endless mystery, intrigue and wonder.”

Leading the early morning bird walk gives Glen a chance to flex his encyclopaedic knowledge while taking guests on a gentle walk through the tranquil rainforest at dawn.

Home to Australia’s largest collection of subtropical birds, the World Heritage-listed Lamington National Park is a holy grail destination for birders. From king parrots to white-browed scrubwrens and eastern yellow robins, every morning the rainforest comes alive with birdsong.

While Glen loves all the region’s feathered friends, some have a special place in his heart. Enter: Mr Whippy, a celebrity whipbird that’s so famous, he’s appeared on television several times.

“Mr Whippy’s about 25 years old. Most people hear whipbirds but rarely see them because they’re a shy species. I tell the guests that Mr Whippy went broke selling ice-creams during the wintertime, so he doesn’t sing Greensleeves anymore,” says Glen, who adds that over the years countless guests have enjoyed seeing Mr. Whippy sitting on outstretched hands.

“I don’t think there’s any place like southeast Queensland…. There is so much for us to enjoy here. It’s one of the most beautiful places in the world.”

His fascination with Queensland’s birdlife has led him to record footage of mysterious species that have eluded wildlife documentarians for years, including one rare bird only found in the subtropical rainforests along the Queensland-New South Wales border.

“Years ago, I captured the first footage ever of an Albert’s lyrebird dancing. The BBC tried to film them years ago, but it was too challenging. So, I set up a few hides in Lamington National Park and managed to capture one performing his amazing song and dance,” says Glen.

Making a living from being in the outdoors is a real win for Glen, who trained as a motor mechanic and once worked for the government as a meat inspector. Instead of being stuck inside all day, he’s spent decades communing with nature in southeast Queensland’s precious rainforests.

“Being in tune with nature is so important. I can be talking to guests and hear birds calling, then tell them what species that bird was. They’re always registering in the back of my mind,” he explains.

Glen believes that the rainforest has many lessons for visitors from the city, if they take the time to tune in, listen and appreciate the miraculous workings of the ecosystem.

“Trees only take to give back. They give homes, food, shelter, and then when they die, they give their all back to the rainforest floor and the cycle begins again,” he says.

It’s this reverence for nature that has seen him travel all over the world. He’s spent time with the Bushmen (San people) of the Kalahari Desert, and visited India, Antarctica, England, Canada, Jordan and beyond, but it’s this part of the planet that never ceases to inspire him.

“I don’t think there’s any place like southeast Queensland. We’ve got rainforests with tall, subtropical trees, beautiful birds like parrots, lyrebirds and bower birds, and animals like red-necked wallabies and little pademelons—even stunning river systems like Currumbin Creek and the Albert River. There is so much for us to enjoy here. It’s one of the most beautiful places in the world.”

Read more
Queensland is good to go, and you can experience O’Reilly’s Rainforest Retreat with Intrepid Travel on one of their Queensland itineraries. Head to IntrepidTravel.com for more details. 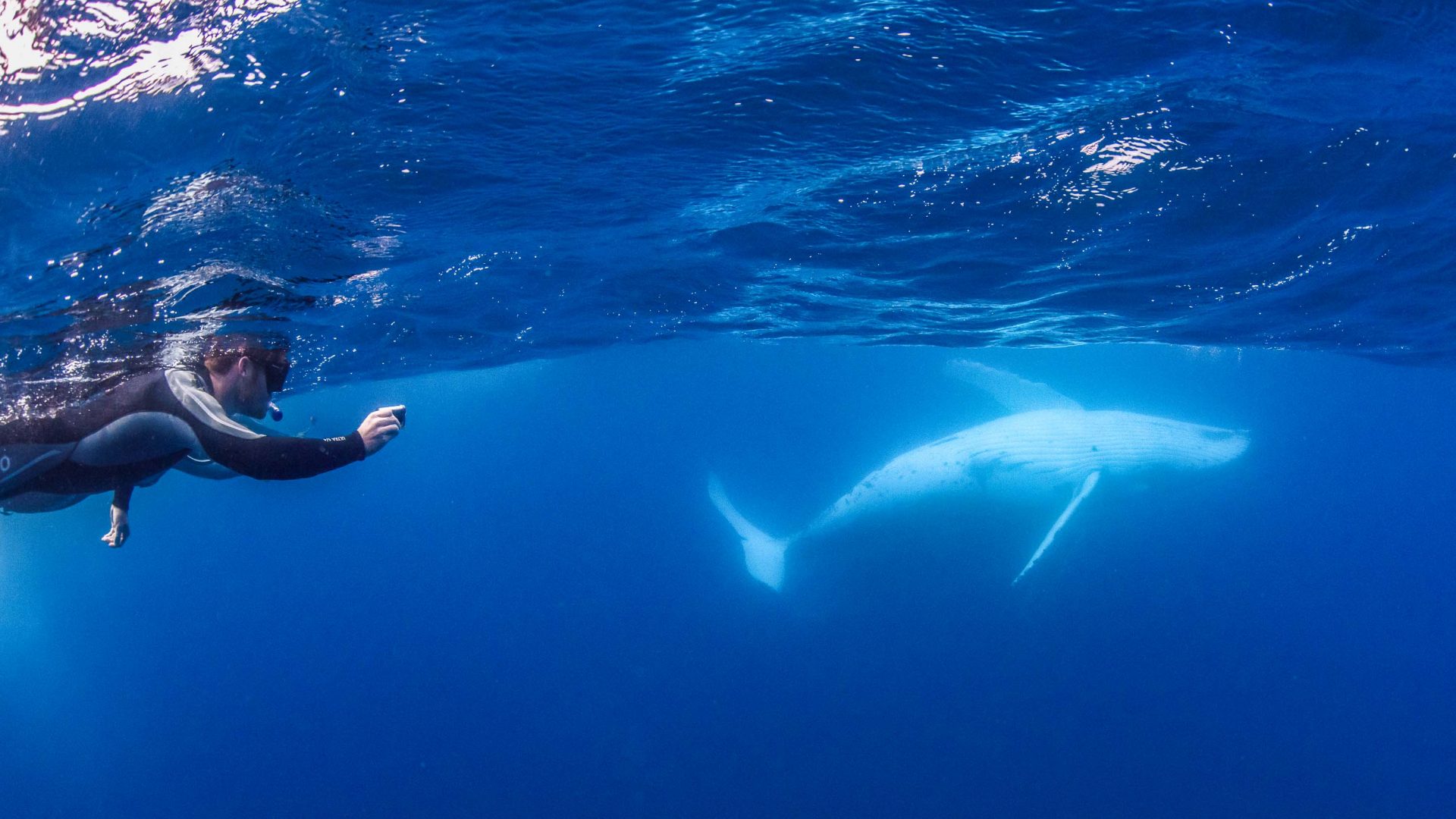 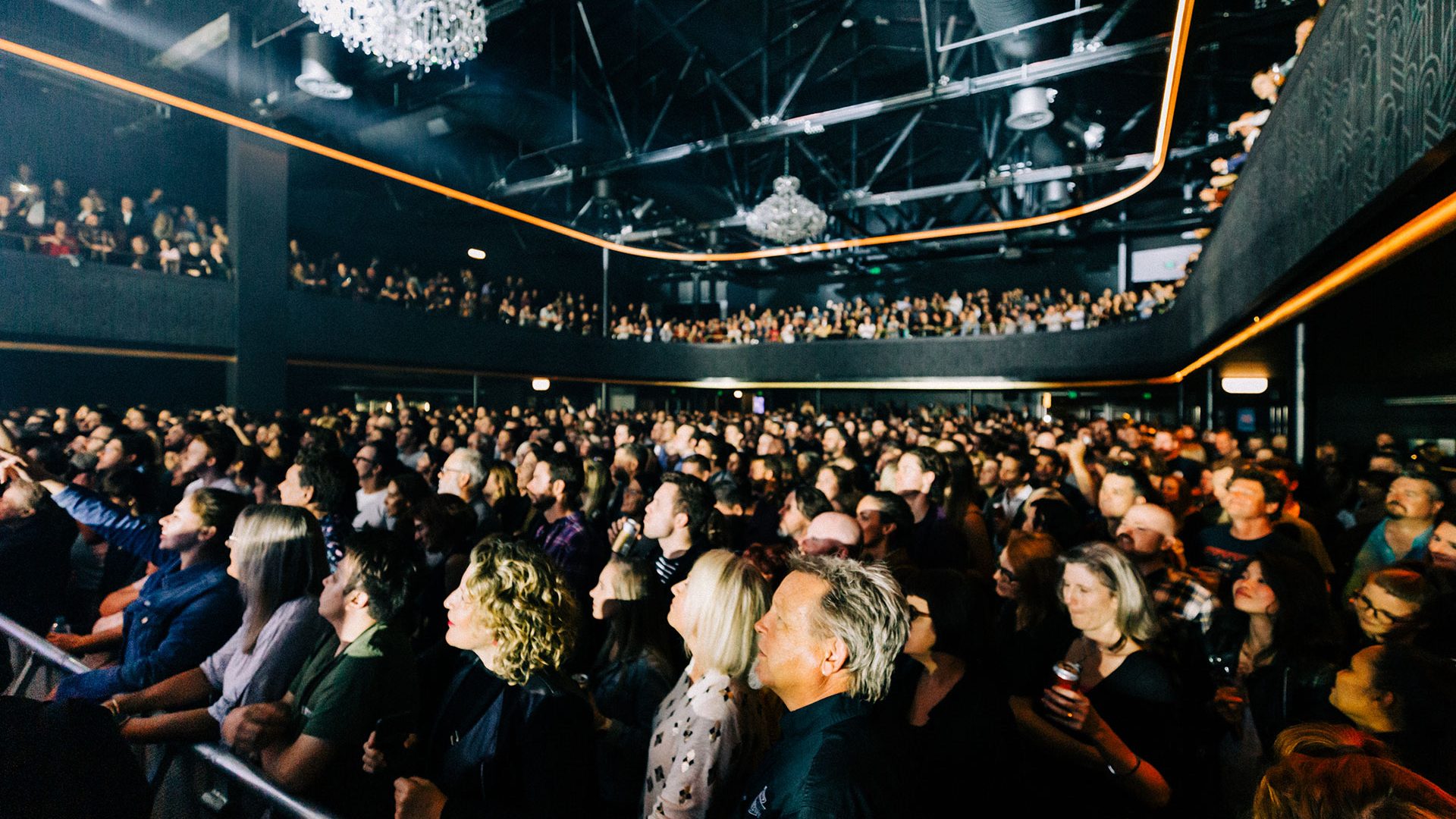 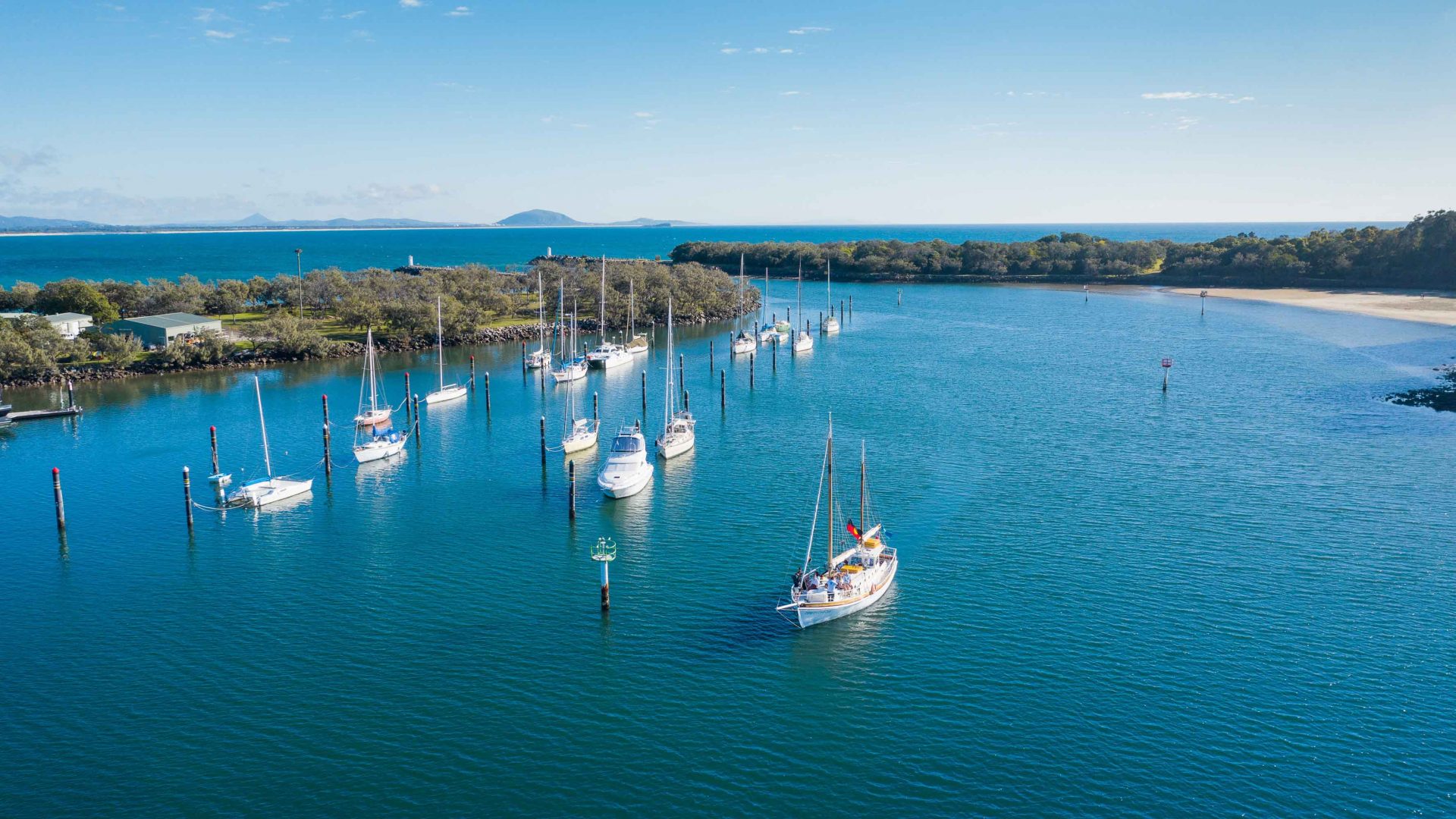