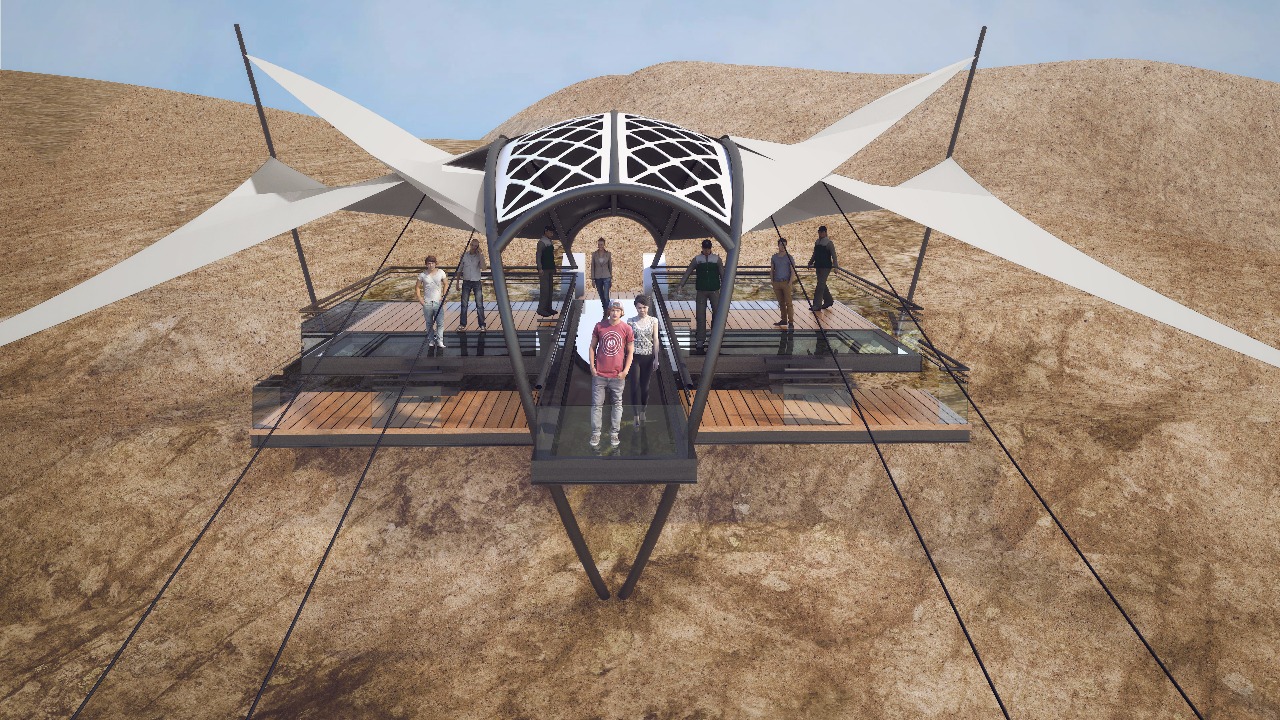 From a koala’s daring escape from an Australian river to the futuristic remake of the Volkswagen bus, here’s your wrap of travel news that has everyone talking this week.

With Houston and other parts of southeastern Texas left devastated by Hurricane Harvey this week, commentators have started pointing the finger at climate change. With many areas receiving over 40 inches of rain in just a four-day period, Harvey is the wettest tropical cyclone on record for the US, has left 30,000 people without homes, and has caused at least 45 deaths. “For large countries like the United States, we can expect further rainfall records—and not just for hurricanes,” Friederike Otto, deputy director of the Environmental Change Institute at the University of Oxford told The Guardian. “For the globe, we’ll see heat and extreme rainfall records fall for the foreseeable future.”

The United Nations reports that at least 41 million people in Nepal, Bangladesh and India have been directly affected by South Asia’s summer floods, and over 1,000 people have been killed. The monsoon rains that caused the floods were unprecedented for the region. “Climate scientists have been predicting for years that climate change would lead to more frequent and more extreme weather events; evidence now abounds that they were right,” lamented Kate Wheeling for the Pacific Standard. “The flooding in Texas and South Asia should be a wake-up call that forces officials to curtail climate change-causing carbon emissions enough to prevent its worst effects.”

Volkswagen has this week announced an all-new, all-electric revamp of its classic Kombi camper van. Set for launch in 2022, the van will borrow heavily from the aesthetics of the original while incorporating state-of-the-art electric technology and a revolutionary dashboard display. The vehicle will bring the iconic form of the Kombi—which has achieved a cult-like following and is adored by outdoor enthusiasts the world over—kicking and screaming into the modern adventure vehicle space. The launch will represent just a small part of Volkswagen’s major foray into electric cars in the early 2020s.

The UAE has world record all zipped up

A new zipline is set to open in the United Arab Emirates this December and is expected to break the current world record for the longest zipline in the world. While the exact length is under wraps until opening, Haitham Mattar, CEO of the Ras Al Khaimah Tourism Development Authority, said it would be “longer than 28 soccer fields”. The current zipline record is held by ‘The Monster’ in Puerto Rico, which comes in at a cool 2,200 meters in length. “It’s the closest you can get to the experience of flying,” read the press release. Gulp.

An Instagram account dedicated to changing the conversation around body size and traveling is taking the internet by storm. Set up by 32-year-old stylist Anette Richmond, the @FatGirlsTraveling account was started as a way for her to showcase her personal travels. But it didn’t take long for other travelers to get in on the action, with over 9,000 submissions to the #FatGirlsTraveling hashtag and counting. Richmond has also set up a private Facebook group dedicated to the cause. “‘I rarely see girls that look like me—fat girls—featured on [major travel profiles],” Richmond wrote on her blog. “A self-proclaimed Fat Girl, I’m a staunch supporter of the Body Positive Movement.”

A koala in Australia has taken a canoe to safety after becoming stranded in a tree in the middle of Victoria’s Murray River. Adorable footage shows concerned outdoor and environmental students from La Trobe University offering the cuddly critter a lifeline in the form of a canoe. After some consideration, the koala—with nowhere else to go—climbs aboard the canoe and is ferried to dry land by the students, where they give the marsupial some water. “He didn’t seem distressed at the time but he did seem very happy to see us … He just jumped into the front seat and cruised back to the bank,” student Kirra Coventry told The Age. Cue theme music.

Brazilian court keeps miners out of the Amazon

A Brazilian court has helped prevent a large chunk of the Amazon rainforest being opened to mining companies by approving an injunction that blocked the move. After an outcry by environmental campaigners, the court went head-to-head with Brazilian president Michel Temer—who has allegedly received flack for putting “economic interests ahead of the environment”, reports The Guardian. The 17,760-square-mile section of the rainforest has been protected since 1984, and one lawmaker said the proposal to open the area to mining was the “biggest attack on the Amazon of the last 50 years.”

In a bid to make a point about the importance of diversity, a German supermarket this week removed all foreign-made goods from its shelves. The stunt by the Edeka—the largest supermarket chain in Germany—store in Hamburg is said to be part of a larger campaign that will be rolled out over coming months. Signs placed around the store read, “This shelf is pretty boring without diversity.” The stunt went viral on social media with a generally positive response, although some detractors called it a “marketing stunt” ahead of the country’s federal elections next month and said supermarkets have no place in political discussions.

Elsewhere, you can embark on a four-month cycling tour through Africa in January 2018; Outside Online shared their picks for the best adventure photography of the past year; an online retailer has made it possible for travelers to place enormous selfies on their luggage; and a man in Brooklyn fell victim to the ‘world’s most specific sinkhole’. 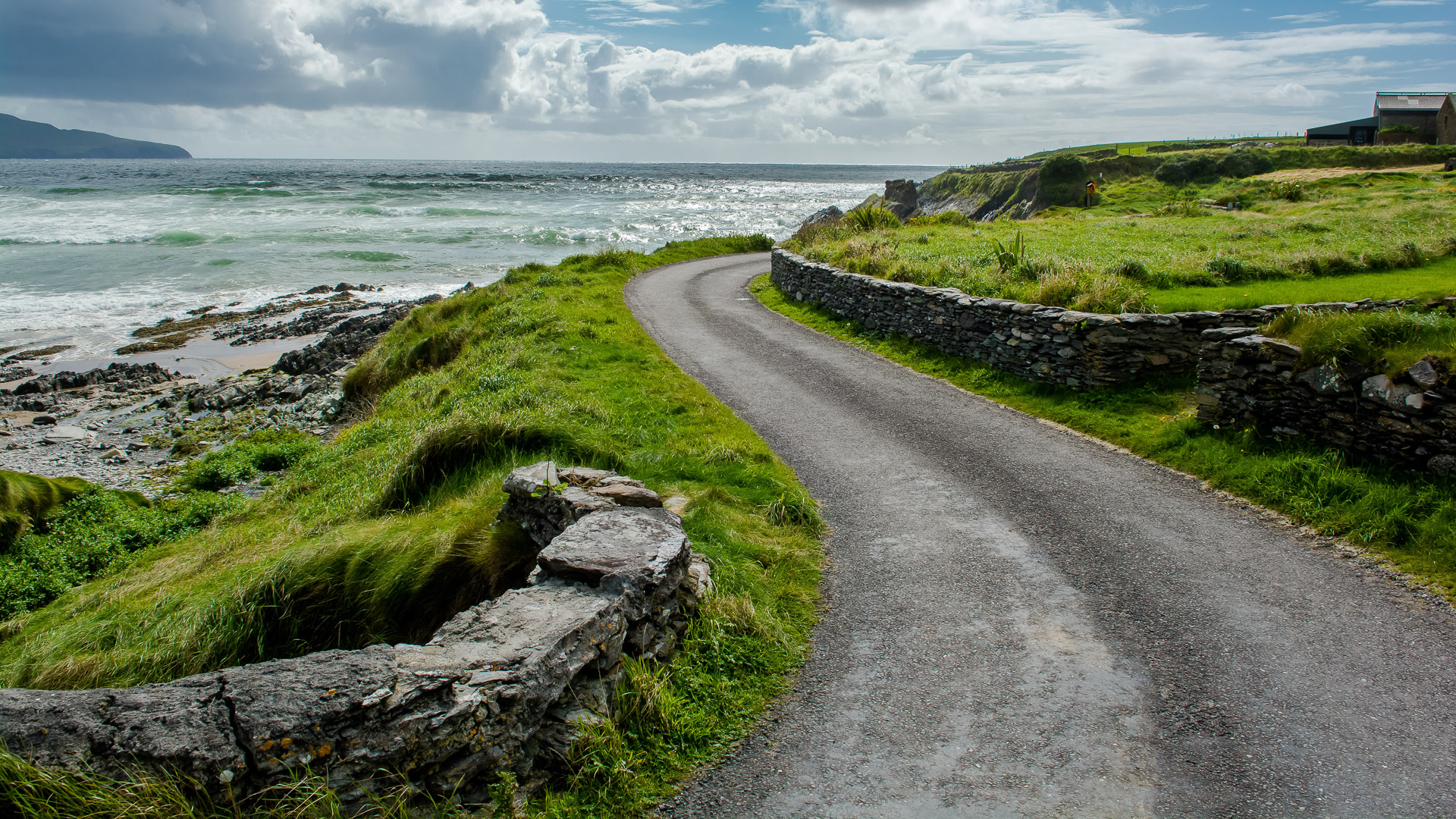 News wrap: The most traveled country, anti-terror tourism and more