Nepal’s widows are one of the least understood and most poorly-treated minorities in the world. Nicola Zolin spent time with one woman who’s doing her best to change all that.

Sunita Thapa’s husband was violent, and beat her repeatedly before leaving her with two sons and two daughters. She has never heard from him again.

Sarmila Adhikazi’s husband hung himself in their family home four years ago. He once hit her on the face with a beer bottle and damaged her right eye. Her relatives blamed her for his death.

Janaki Devi Joshi became a widow at the age of 21 when her daughter was just six months old. Her father in-law sold the house and didn’t give her a penny.

Today, Sunita, Sarmila and Janaka join hundreds of other women in the small city of Mahendranagar, in Nepal’s Kanchanpur district, to meet a woman who’s helping improve their lives in no small way. And when Lily Thapa enters the hall, every pair of eyes in the room lights up.

I’ve traveled here with Lily from Kathmandu, where the organization she created to protect the political, social, cultural and economic rights of Nepalese widows and single women, Women for Human Rights – Single Women Group (WHR), is based. Three out of four of the women gathered here have been victims of some form of violence (verbal, physical, or sexual) and many have been held responsible by their in-laws’ families for their husbands’ deaths.

RELATED: The women blazing a new trail for equality in Nepal

I’ve been to Nepal before, following trekking paths in the Himalayas a few years ago. On that trip, I was completely unaware of the issues facing these women. This time, it’s my mission to learn as much about them as I can.

Nepal has not had an easy ride over the past 20 years—a fact that has only served to exacerbate the difficulties faced by single women and widows in the country.

First, the decade-long (1996-2006) Nepal civil war claimed the lives of 19,000 people. Ten years later, in 2015, a 7.8 magnitude earthquake killed over 9,000 and destroyed half a million houses. Through all of this, many women paid the highest costs: Losing their homes, their main sources of income, and their husbands.

“I wanted to transform their shame into pride. We decided to focus our attention on the most remote areas of the country, where the traditional culture is stronger, and women end up discriminated against the most.”

In traditional Hindu societies, widows are subject to customs intended to honor the dead. After the initial mourning period of kriya has passed, widows must then live with a multitude of other limitations on their lives. Among other things, they’re unable to remarry (or have romantic relationships of any kind) and they are banned from religious ceremonies.

They can’t wear the color red, since red is traditionally the color of married women, and they don’t even have custody rights over their own children. As if that wasn’t enough to contend with, traditional rules—that dictate that property can only be inherited by men—make it highly unlikely a widow will have any claim to property after her husband’s death.

In theory, widows who have sons have a slightly better deal—the sons will inherit all property, and the responsibility for their mother falls to them. But for widows with no sons, it’s neither the job of the family they married into nor their birth family to support them. These widows are left with very little, if anything at all.

Lily tells me about some of the women gathered here today. Phool Maya, 70 years old, was trapped under debris after the earthquake and lost everything she owned. Laxmi Nakasmi, 60, was left with no option but to build a temporary shelter on her vegetable plot, and lost her sole source of income—selling her vegetables—because of it.

Some kilometers away, in the small town of Sunakoti, 30-year-old Sabita Maharjan is training in shoe-making, hoping to earn enough to send her daughters to school. Her husband died in a car accident when her daughter was only two, and the earthquake turned her home into rubble.

After joining WHR, Sabita has found the courage to move on, and to care for other women in need. She is now wearing red clothes again, the colors of married women, despite the cultural taboos. “I wanted to transform their shame into pride” Lily tells me at the gathering in Mahendranagar. “We decided to focus our attention on the most remote areas of the country, where the traditional culture is stronger, and women end up discriminated against the most.”

Lily herself is no stranger to hard times. She was only 29 when her husband passed away while serving as an army doctor for a United Nations peace mission in Iraq. Those were the darkest days for Lily, and she tried to take her own life on several occasions. But it was only when she met other widows—many of whom were younger, poorer and far worse-off than she was—that she realized she could still have a positive impact.

“We are working to give women the dignity they deserve. Improving the juridical background is as important as giving them trust in their own means.”

Lily’s advocacy started as a therapy, but progressively turned into a mission. “I felt I was privileged,” she says. “Being born in a good family in Kathmandu, I was protected after my husband’s death, but most Nepali women experience a nightmare when losing their husband. I started to travel to hear their stories, and soon learned that they didn’t know anything about their rights, or that they were subjugated in the societies they were living in. I felt that I could help them, at least by giving them a glimmer of hope, to let them know that someone is behind them, and that they could rely on us.”

So far, WHR has helped around 100,000 Nepalese women across 73 districts.Traveling with Lily in the district of Kailali, I meet the widows who’ve achieved the greatest results through the program. Kamala Sharma was forced into marriage when she was 14 and became a widow at 15. She didn’t lose hope, and instead directed all of her energy into agriculture, quickly becoming a leading example in her community. She is now a successful businesswoman and a chairperson of WHR’s local sections.

Lalmati Rana set up a mushroom greenhouse farm and now trains over 200 women every year. With an initial investment of 5,000 Nepalese rupees (around $70 USD), she made 700,000 rupees (around $10,000 USD) in profit this year alone. Though she was once cast aside, market owners now rely directly on Lalmati to buy their mushrooms.

These positive examples reinvigorated Lily’s endeavors to change the patriarchal system of Nepalese society, particularly prevalent in the countryside, which gives the men primary power and leaves women subordinated. “When I became a widow, there was no-one to support me” she says. “Now, we are changing people’s mindset, customs and cultural practices.”

WHR’s work is still a drop in the ocean in a society so anchored to tradition, but Lily is taking it upon herself to push her agenda, and get age-old laws and rules changed. “We are working to give women the dignity they deserve,” she says. “Improving the juridical background is as important as giving them trust in their own means.”

Gita hasn’t forgotten the hard times, when she was subject to round-the-clock discrimination, but she’s learned to use her negative experiences to help fuel her work. As she puts it, she’s prepared to sacrifice her own time “to bring about change”.

Gita has gained a lot of self-confidence from working with Lily at WHR, and her experience of the project illustrates the trickle-down power of what Lily has created. “What she did for us was immense,” says Gita. “Now I know that I have a duty and a mission, a mission to help other women to come out of the shadows, and to find trust in their own means.”

Support the work of Lily Thapa to bring about change for widows and single women in Nepal by donating to Women For Human Rights Nepal. 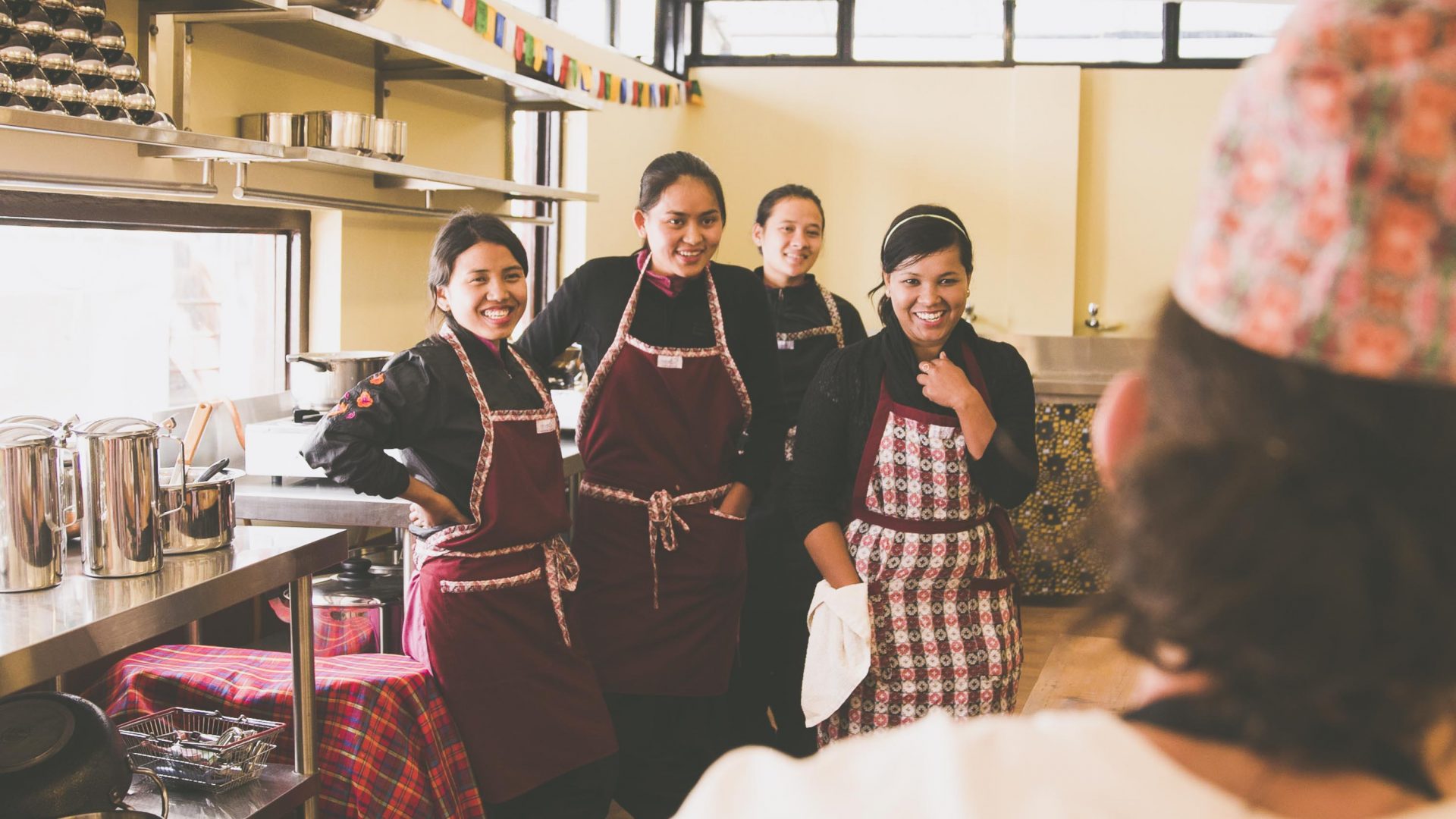 These women are blazing a new trail for equality in Nepal 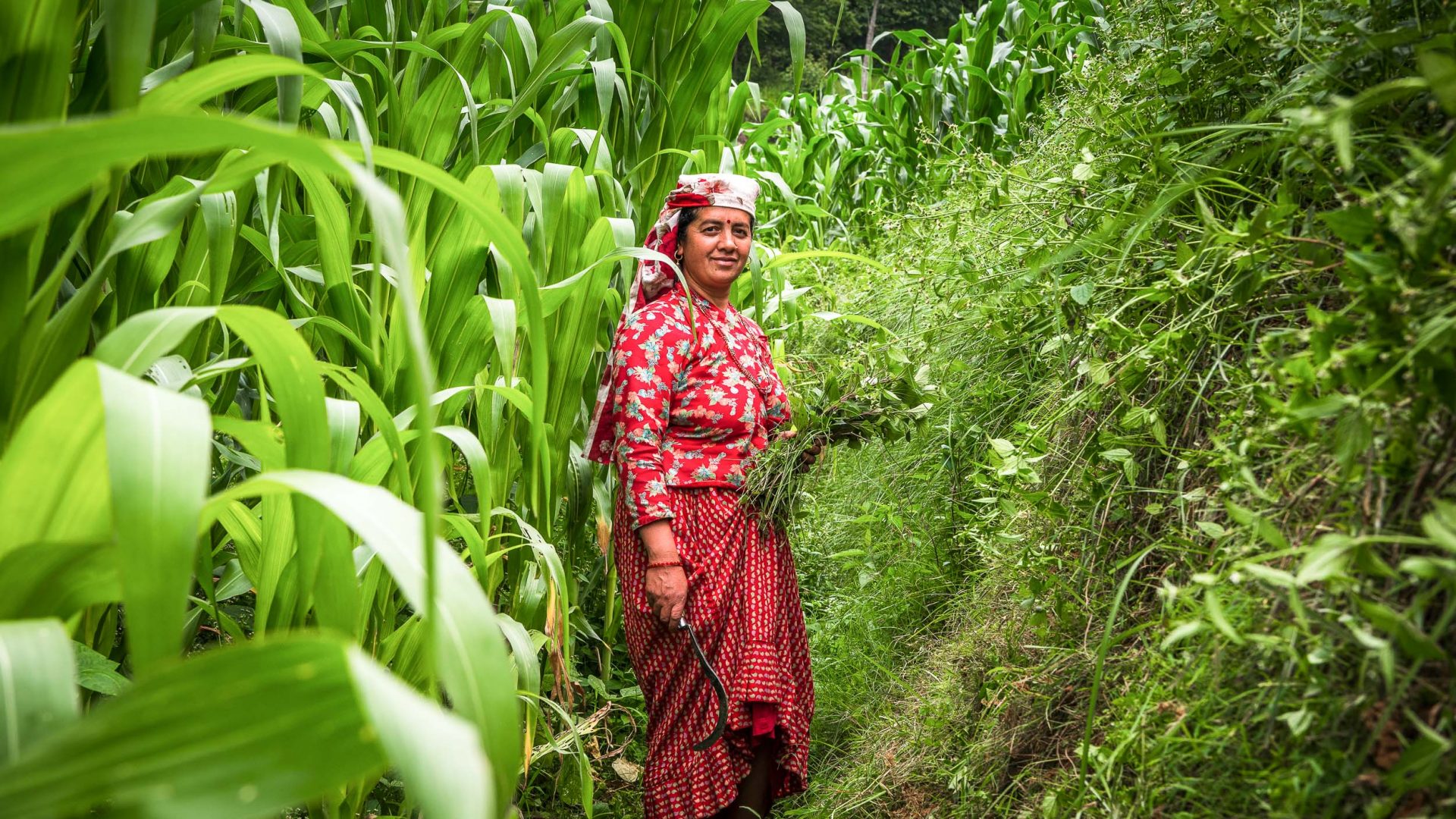 Where women rule: The Nepali foothill community of Panauti