Can you speak ‘Gorilla’? The language lesson that might just save your life 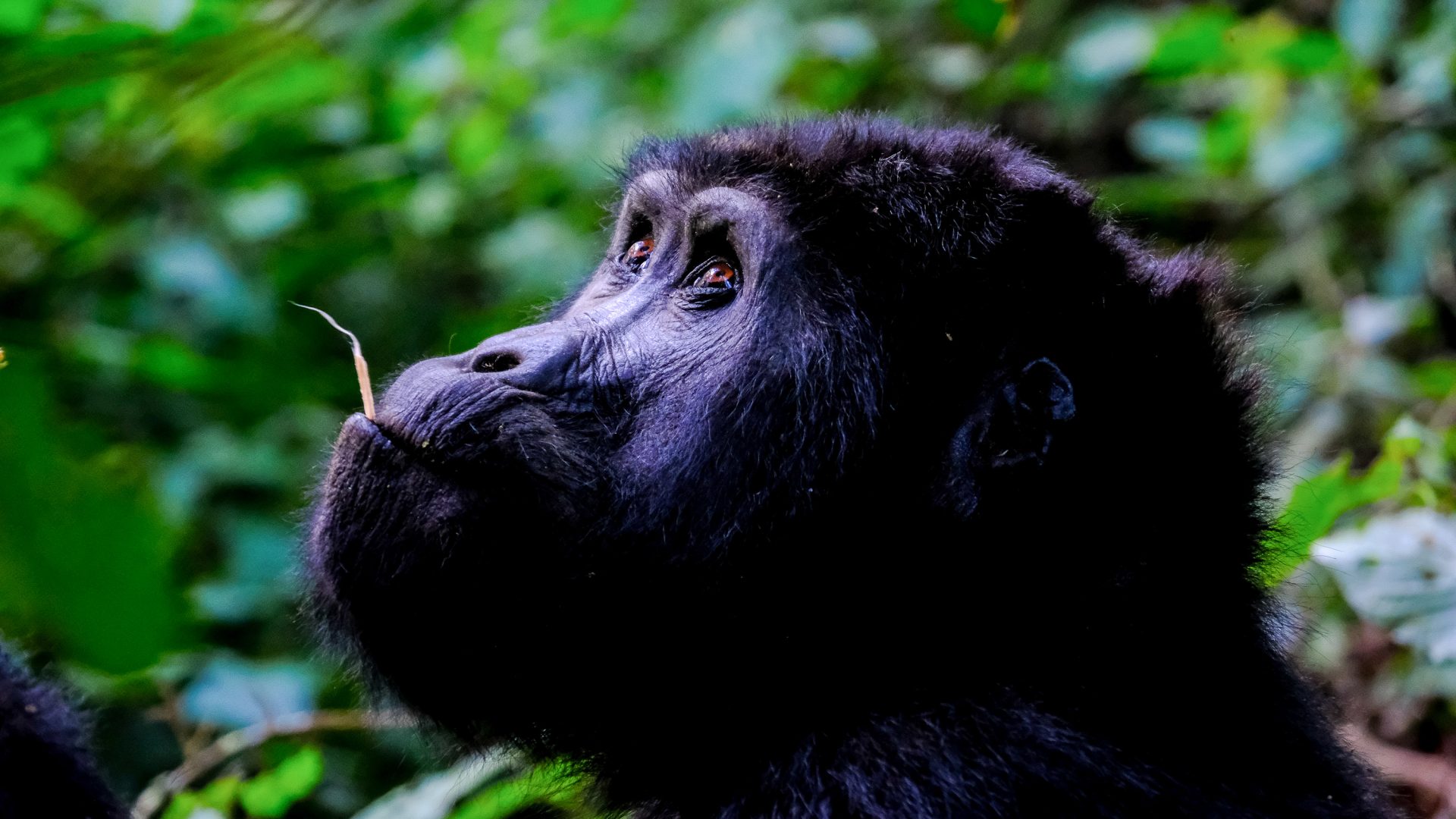 On a trip to Volcanoes National Park on the Rwanda and DRC border, travel writer Jon Holmes was expecting to see mountain gorillas—but he didn’t think he’d be learning how to speak to them.

It’s safe to say that, for a long time, tourism wasn’t exactly on Rwanda’s mind. The 1994 genocide, easily within living memory, means that everyone I meet in this beautiful land is touched by violence; a waiter in his 20s who, as a toddler, saw his family get hacked to pieces; a young woman who watched her sister die; and a driver whose neighbors turned on his parents and killed them. Years later, they remain united by two things: Their experiences and, remarkably, their forgiveness.

Rwanda is unique. It’s a country that lived through a massacre and moved on. As part of the healing process, they tore down tribal barriers, built memorials to the dead, picked themselves up and set about inviting travelers along to see what they’d done with the place. Just 24 years later, Hotel Rwanda is back in business.

Most come for the gorillas though. Lodges are scattered around the base of the Virunga Mountains—a chain of volcanoes along the northern border of Rwanda, the Democratic Republic of the Congo (DRC) and Uganda—that our hairy relatives call home and where, thanks to strict conservation programs, they thrive.

We drive three hours northwest of Kigali, where five volcanoes watch over 160 square kilometers of dense bamboo jungle, rainforest and open fields of stinging nettles higher than your head, all of which have to be negotiated by machete, rather than path.

The potential rewards are worth it: An hour with mountain gorillas in the wild, and there’s a distinct air of unpredictability in the air. The line of who exactly is observing who is blurred at altitude and that’s why, before you begin the climb, it’s good to brush up on your language skills.

“Wur-wuuuuur. Wuur-wuuuuuuurrr”. This, to be clear, is no Rosetta learning tape. I’m at the foot of the mountain and before we start winding through the foothills, my guide, Jolie, has brought me to a halt.

If Kigali Kong is mocking my haircut, or nudging his pal because I’m using a Nikon instead of a Canon, then I need to know what’s going on.

“We learn how to communicate with the gorillas,” she tells me. “They must not feel threatened. They understand peaceful sounds. If they become angry, you must never look them in the eye—just look down and make this noise in your throat: ‘wur-wuuuuuuur’. This means ‘friend’.”

I dutifully copy her. It’s not so much parrot as gorilla fashion.

“Wuu-wuuuuuu?” I offer. She shakes her head. We start again.

I’ll be honest. I had no idea that a rudimentary language lesson would form part of the trip but, as is made clear, the wrong tone or look while in the presence of these majestic mountain mammals, and you could find yourself on the wrong end of an ape, so a vague understanding of what they could be saying about you is not a bad idea.

If Kigali Kong is mocking my haircut, or nudging his pal because I’m using a Nikon instead of a Canon, then I need to know what’s going on. Lest we forget, these are wild animals, and we are walking uninvited into their backyard, so it pays to be polite.

There are around 10 tourist-habituated gorilla families in the mountains of Volcanoes National Park, and each family can be visited just once a day by one group of eight tourists, plus trackers. Of course, they could fill the place if they wanted to; a vertiginous theme park stacked with simian-seekers. But animal welfare is paramount, so they don’t. This is not a free-for-all like an African safari where the jeeps descend like vultures—this is, almost-literally, softly-softly-catchee-monkey.

High above us, having set off pre-dawn, the trackers search for our quarry, tracing movements through the forest and reporting back to the guides via walkie-talkie, which means our route is erratic as we zig-zag up, trying to get ahead of the primates so that any encounter doesn’t startle either party. No-one wants to gatecrash a gorilla breakfast buffet—if you get between a primate and its snack, there will only be one winner. As I was to discover.

We’re tired. The sun is long up and we’re four hours in. Giant bamboo serenades us, the squeaks and screeches of hollow trunks scratch each other’s backs as the wind catches their clumps and culms. We clamber over fallen fronds, pick our way through the vegetation zones and swear at those infernal nettles. And with every step, even though the trackers are keeping tabs on them, in the back of my mind I’m aware that at any moment, we could chance upon the apes.

Suddenly, there’s movement. Crouching down, I silently mouth ‘wu-wuuuuur’ to myself, just in case. The branches part and in front of us and out pops one of the trackers. Turning down the volume on his walkie-talkie, he holds up his hand and gestures for silence. We’ve found them. There are gorillas in our midst. Or rather, we are in theirs.

I look at the floor, which is both good and bad as, while I now appear unthreatening, I can’t see what’s coming. I soon find out.

He motions for us to slip off our backpacks and follow him quietly into a clearing. I’m checking my camera and initially fail to notice what’s in front of me.

I look up to see gorillas. Males, females and—wonderfully—babies. It’s a huge group, 22-strong in total, and I take a deep breath. I am a meter away from a fully grown male and it is awe-inspiring. I can sense his power and, as my new friend turns to look at me, I struggle to remember my schooling.

“Wur-wuuuuuuuur” I whisper, as peacefully as I can, channeling my inner Dr. Dolittle and hoping that he’s also been swotting up on language lessons. He gazes back—for all I know, I’ve just asked him what he’s doing later and if he’d like to go for a drink.

RELATED: Why is nobody visiting Rwenzori, home of Africa’s spectacular secret summits?

“Wuuuuuuuuur” he grumbles, softly, and turns back to his mountain celery. I think I might have a date. They move off, playing follow the leader, babies clinging onto their mothers. Tentatively, we move with them and they’re not even slightly fazed.

That is, until I change a lens. I’m standing still but, without realizing, I’ve parked myself in precisely the wrong place. What happens next, happens fast.

My rudimentary language skills are enough to know that the sound he’s making is no longer as friendly as it was. I turn to see 160 kilograms of irritated muscle and fur loping straight at me. Perhaps I’d ‘wu-wuuuuur‘ed something rude to him by mistake, or insulted his mother.

Beginning to panic and, remembering Jolie’s instructions, I look at the floor, which is both good and bad as, while I now appear unthreatening, I can’t see what’s coming. I soon find out.

As it transpires, being shoved in the chest by a fully grown gorilla is quite the experience. I go down in a rib-bruising tangle of camera straps and nettles and, to return the linguistic favor, I teach that great ape some choice Anglo Saxon. He ambles past, stops a few yards away and breaks off a stalk of something to chew. Jolie helps me to my feet.

“He was trying to get some food and you were in his way.” Incredibly, she is laughing. “He is playing”. I glance at him. He stares back, deep brown eyes full of intelligence. I think our date is off. 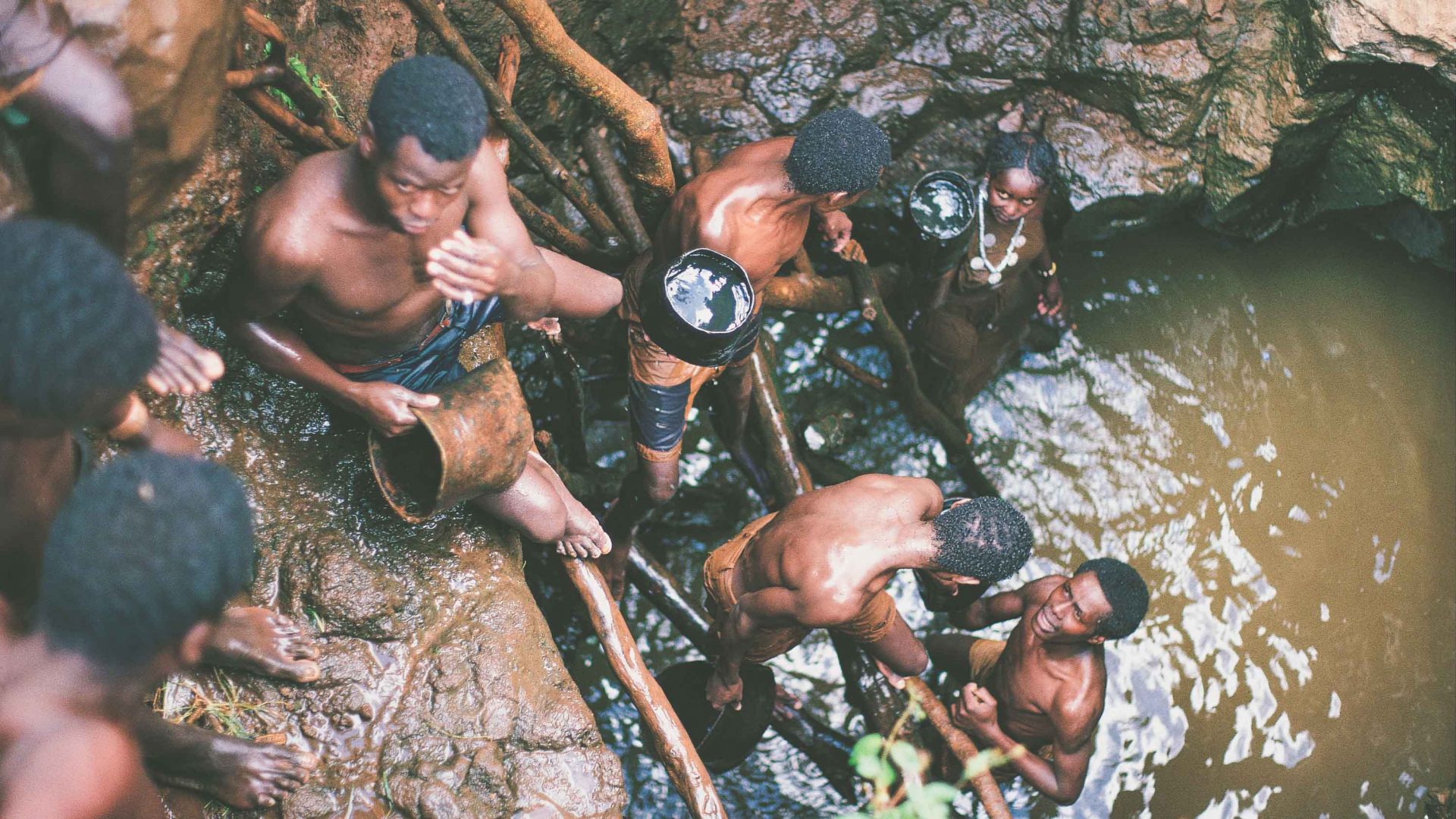 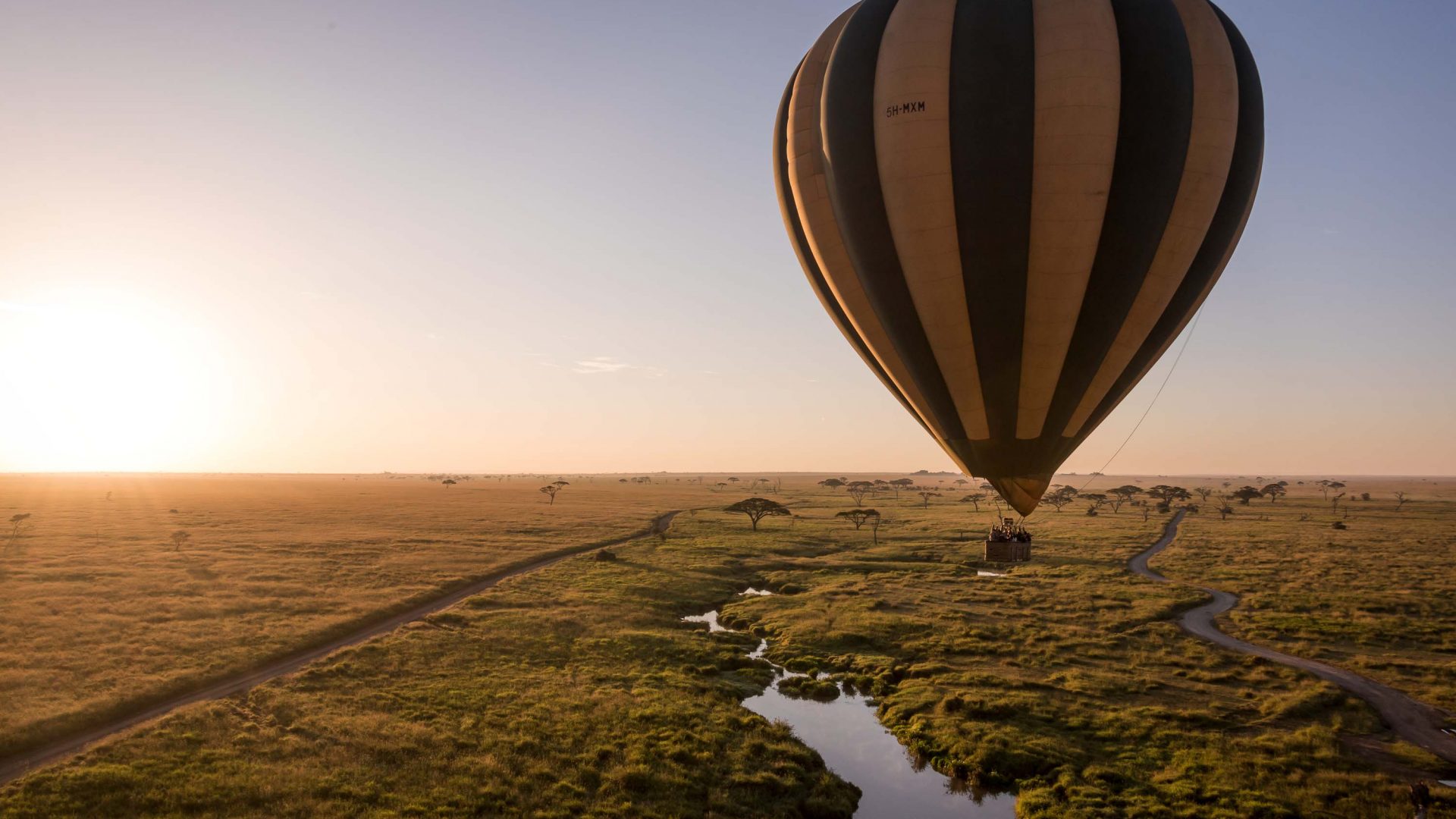