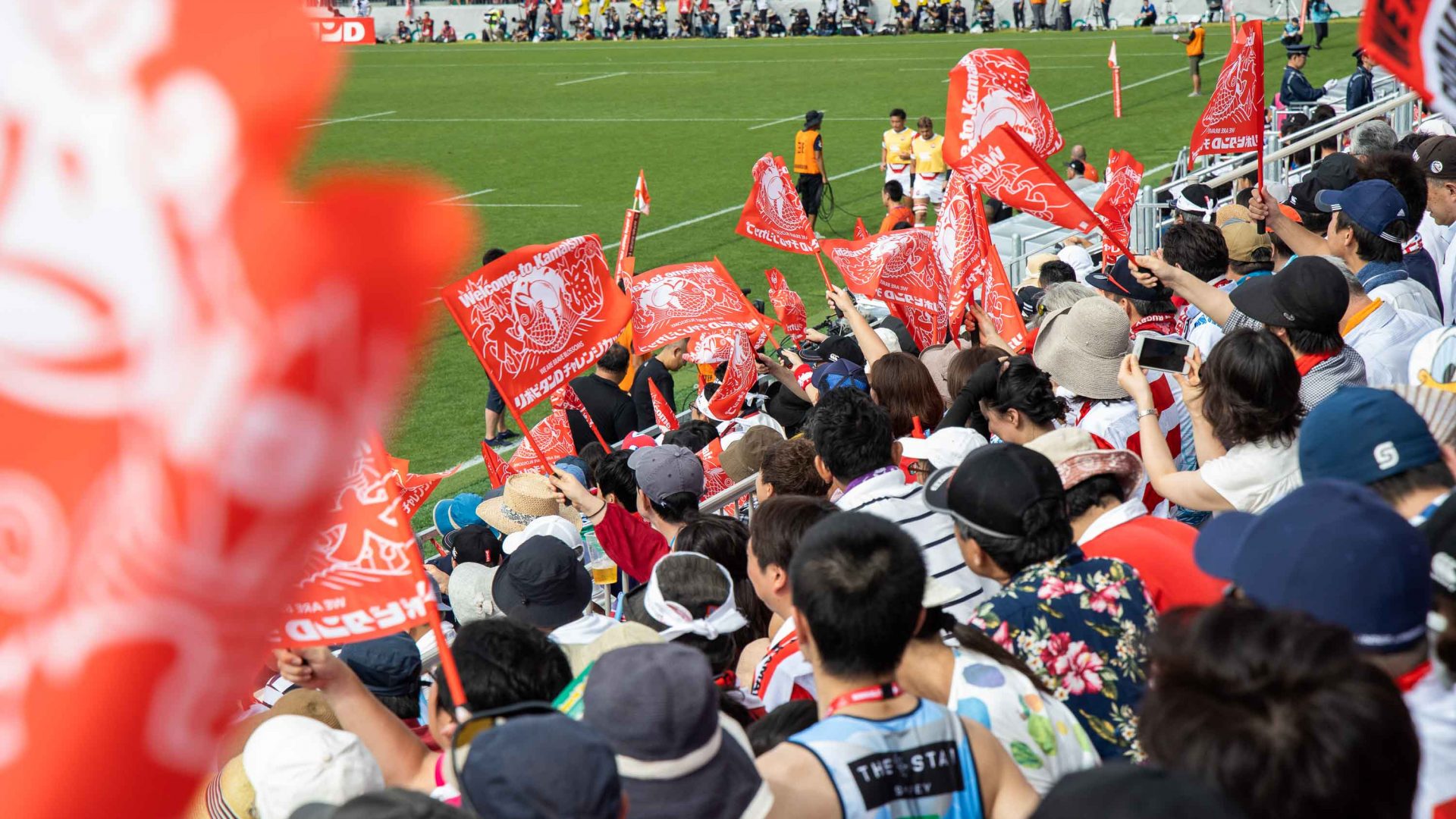 In 2011, a devastating earthquake and tsunami struck eastern Japan. In the city of Kamaishi, buildings were swept away and over a thousand people perished or disappeared, and in its rebuilding, the city chose to prioritize a rugby stadium. Former rugby player Ash Bhardwaj went to find out why.

I’m standing next to Houraikan, Iwasaki’s ryokan or traditional Japanese inn. In front of it, a line of trees sit atop a sea wall, which drops five meters to a narrow beach and into the still water of a Pacific bay.

But I’m looking at a red line on the inn’s second storey. It shows the high water line of the 10-meter tsunami that crashed over the wall and submerged the inn on March 11, 2011. Behind it, a path climbs steeply up the wooded mountain, passing a stone pillar dedicated to a Japanese god of water.

“That was the path we escaped up,” Iwasaki says, smiling all the time, “The building survived the tsunami and, when the water receded, we became a shelter for people who had lost their houses. In times like this, every person has a position, a role to play—just like in rugby.”

Houraikan is on the same bay as the new rugby stadium, Kamaishi Recovery Memorial Stadium. The sport has a long history here: Back in the 1970s, when professional rugby first came to Japan, Kamaishi’s local team won seven national championships in a row. Sponsored by Nippon Steel, and considered unbeatable, they became known as the ‘Iron Men’.

RELATED: The incredible life and times of Japan’s most influential artist

“Rugby is Kamaishi’s spirit and history,” says Yuta Nakano, the current captain of Kamaishi Seawaves Rugby Football Club. “Because of that success in the 1970s, everyone in Japan over the age of 50 knows of this city. There are Kamaishi fans all over Japan, and I’m grateful to play for a city with such a proud rugby heritage.

“After the earthquake, people wanted us to play, to cheer them up and distract them,” he continues. “The damage meant we had to go to Morioka or Kitakami to play our home games, but now we are playing in Kamaishi again.”

In 2014, Japan won the bid to host the 2019 Rugby World Cup, with 12 cities across the country hosting 48 games. 10 are large cities in the south, plus Sapporo, on the northern island of Hokkaido, which has a population of 2 million. The outlier is Kamaishi, with a population of just 35,000, in the Iwate prefecture of northeast Japan.

“I’m going there for the games, along with tens of thousands of other people. And millions will see Kamaishi on television and know its story. If they hadn’t had built the stadium, none of that would be happening.”

The city was awarded two games and a new 6,000-seater stadium was immediately announced, with 10,000 additional temporary seats for the World Cup. But it was not without controversy.

“At first, some local people weren’t sure,” says Nakano. “Why were we spending time and money building a stadium when so much else was needed? But now they see that it has brought attention to the city. They are excited about the World Cup, and it gives them a chance to promote Kamaishi.”

Shane Williams is one of Wales’s greatest-ever rugby players, with 300 international points to his name. He played club rugby in Japan in 2012, and is going back as a TV pundit for the Rugby World Cup, covering the games in Kamaishi.

“The Japanese love a festival,” he tells me when I meet him in London. “And it doesn’t get bigger than the World Cup; visitors will be overwhelmed by the enthusiasm. I remember playing against Kamaishi, when they were still playing in Morioka. They were so proud of their city, and the values of rugby—sacrifice, commitment, community and patience—are the characteristics of the people of Kamaishi.”

I ask him if he thought the stadium was worth it.

“Well, I’m going there for the games, along with tens of thousands of other people. And millions will see Kamaishi on television and know its story. If they hadn’t built the stadium, none of that would be happening.”

And now it’s taking me to there too, for the first international match at the Kamaishi Memorial Recovery Stadium, between Japan and Fiji. From the fanzone in the town center, shuttle buses carry fans to the stadium, depositing them outside the Tsunami Memorial Hall.

The stadium itself has no roof, giving everyone a fantastic view of its setting. It has to be one of the most beautiful in the world: The ocean in one direction, forest-covered mountains everywhere else.

Inside, a timeline tells the story of the ‘Miracle of Kamaishi’. Two schools were destroyed by the tsunami, but the children escaped to higher ground, thanks to education about what to do in the event of an earthquake. The new stadium is built on the grounds of those former schools, and a girl who was at the junior school that day reads a poem at the stadium’s inauguration.

There are also beautiful photographs of people rebuilding the city. One shows a man, working in a shelter, holding a newspaper announcing that the World Cup would come to Kamaishi. His face is creased up with joy.

The walk to the stadium is lined with enthusiastic volunteers welcoming me with high-fives. The stadium itself has no roof, giving everyone a fantastic view of its setting. It has to be one of the most spectacular in the world: The ocean in one direction, forest-covered mountains everywhere else.

The game ends with Japan defeating the gigantic Fijians, who are also reigning champions in the Pacific Nations Cup. It’s an auspicious start for the new stadium, and one worthy of celebration, so I head to Kamariba, Kamaishi’s izakaya (pub) district of narrow streets, red lanterns and the smell of good food.

“Kamaishi is known for three things,” says the man sitting next to me in Yoshi-Yoshi restaurant. “Steel, rugby and seafood. Most of the steel industry is gone, but the rugby is back, and this is the best place for seafood.”

My companion’s name is Mitsutaka Kimura, a man in his 60s who had taken the seven-hour bus, alone, from Tokyo last night. He’d arrived at Kamaishi this morning, spent the day volunteering at the rugby game, and was about to get the overnight bus back.

“I came to Kamaishi for work 40 years ago,” he tells me, “And fell in love with the kind hearts and character of the people. I feel that I haven’t done enough to help the city, since the 2011 disaster, so this volunteering is partly to make up for that. An atonement to help Kamaishi in my own small way. Today was the warm-up, and I’ll be back here again for the two World Cup games.”

As Mitsutaka prepares to leave, a group of locals, who have overheard our conversation, ask if he was really spending 14 hours on a bus, just to volunteer at a rugby game. He modestly nods an assertion.

They thank him deeply, and then gave him a standing ovation. Embarrassed at the attention, he bows whilst backing out of the izakaya, as the applause continues.

It strikes me, then, just how much the story of Kamaishi means to the people of Japan. This is a special place, with spirited people, who have the soul of rugby in their DNA. Any fans coming here for the Rugby World Cup are in for a pretty magical experience.

Ash Bhardwaj is a travel writer, adventure filmmaker, and motivational speaker. Based in London, he has filmed in mountains, jungles and deserts around the world, and is now on a quest to meet his heroes and learn new skills. 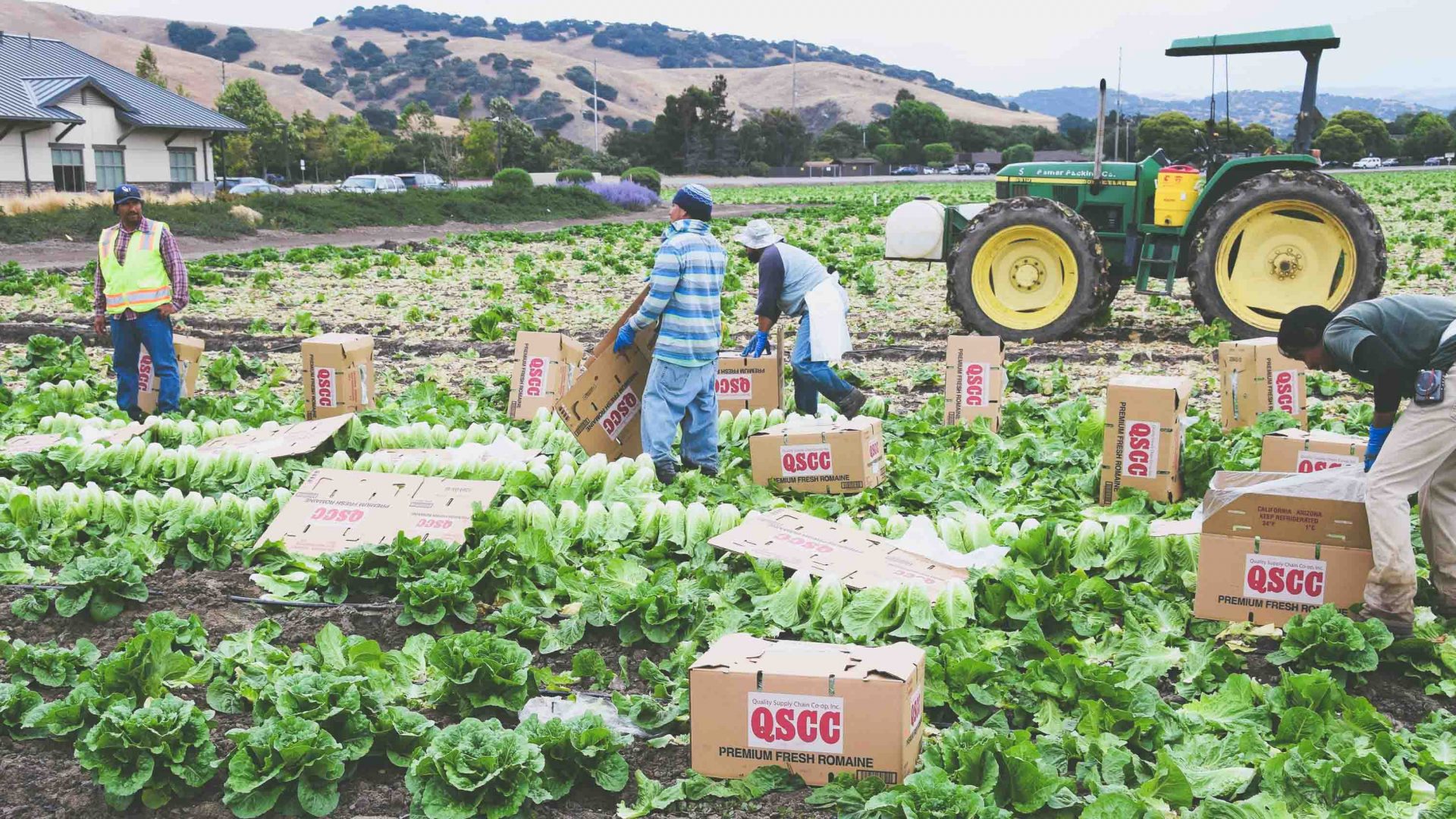