Car culture in the US left me disconnected from nature. Germany’s ‘steigs‘ brought me back 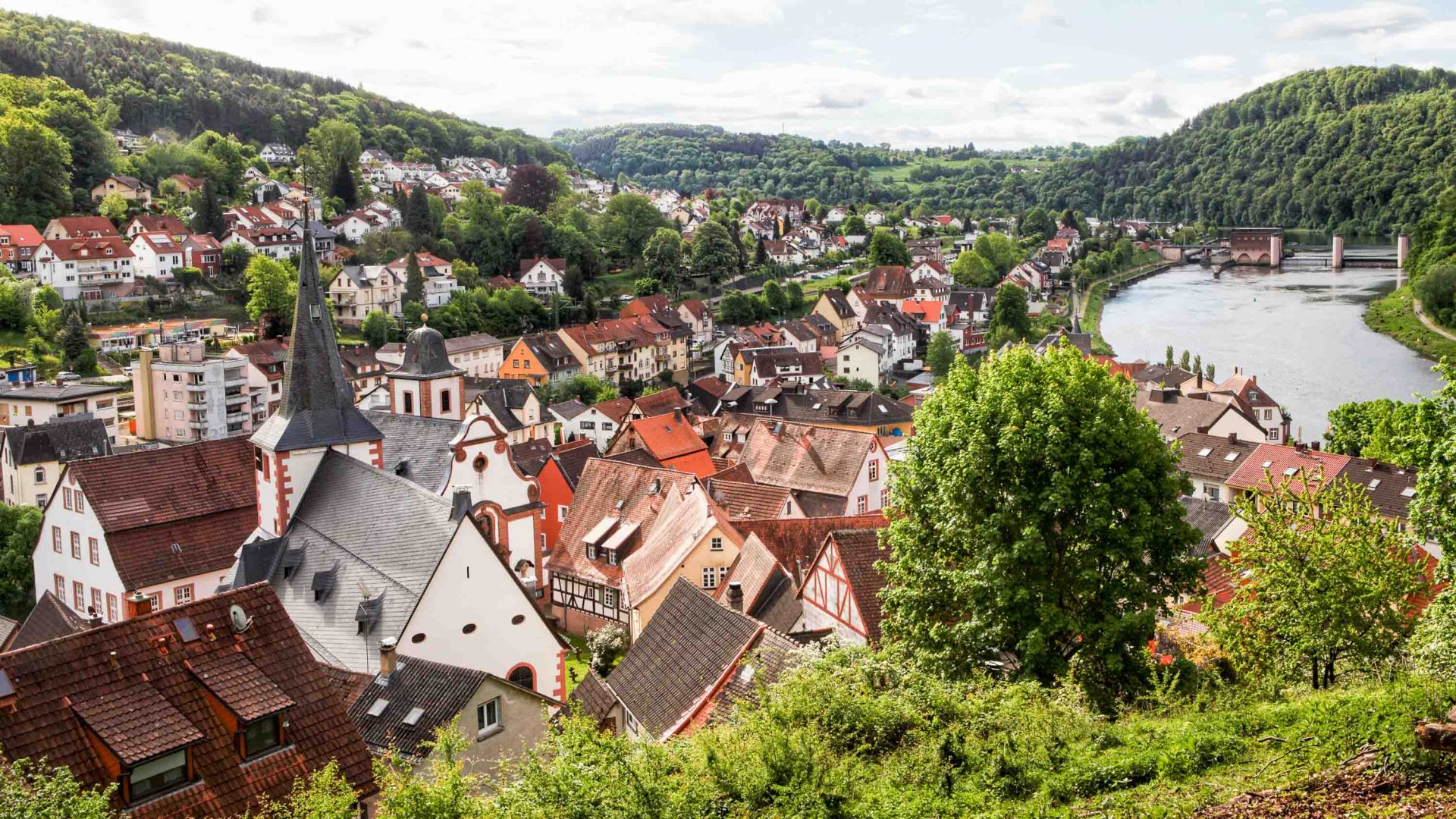 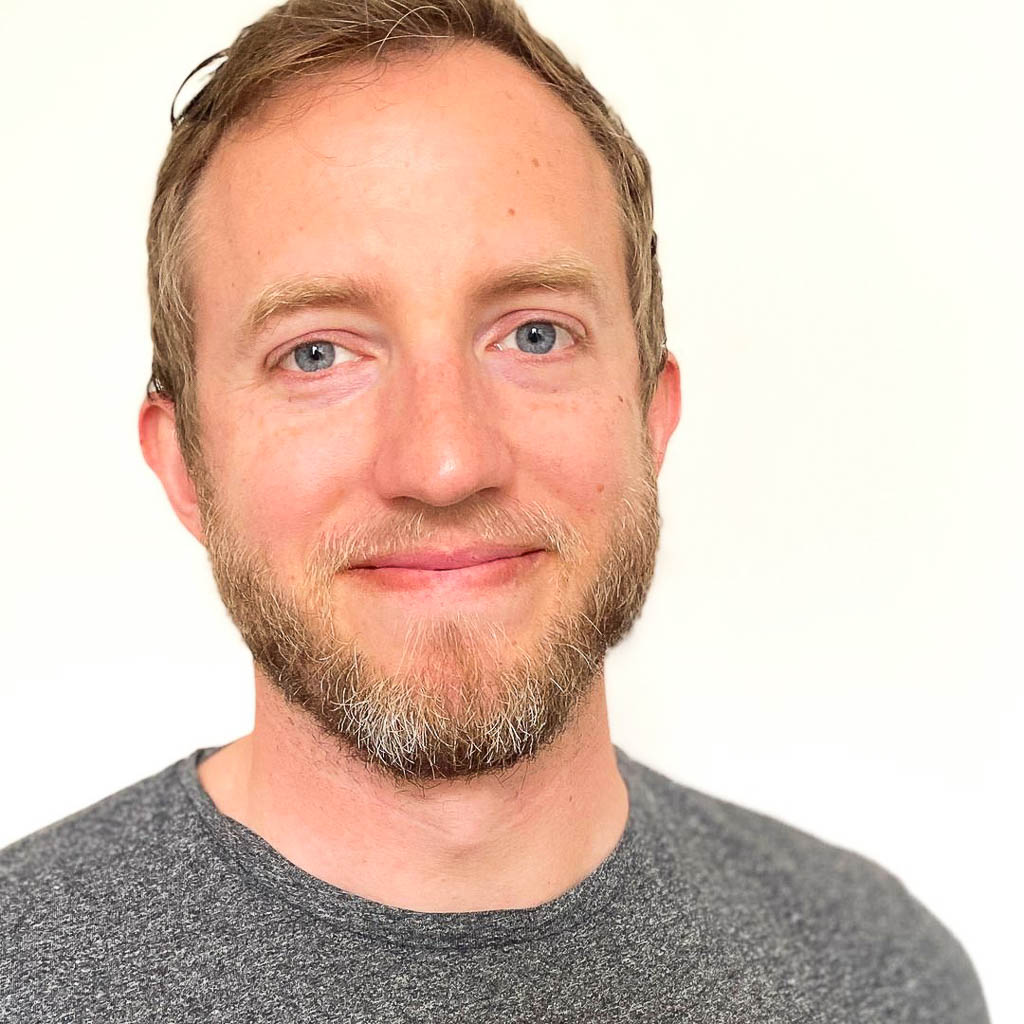 Growing up in a car-centric suburb in Ohio, Joe Baur felt a sense of disconnection with the natural world. But when he moved to Germany, the country’s ‘steigs’—and public transport—changed that for good.

They say in Wales that sheep outnumber people. I wouldn’t be surprised if the same were true about cars in Mentor, Ohio. That is, if you count the objectively absurd number of car dealerships huddled around one another, and parking lots larger than football fields outside of the slowly decaying mall I worked at in high school (a place where the nauseating scent of Abercrombie & Fitch plagued each and every corridor).

Growing up in this environment, you’d think I’d harbor a deep longing for the natural world. But actually, the opposite was true: I foolishly regarded nature with skepticism and a dash of disgust (why bother going outside when I live in a perfectly air-conditioned home!?)

Now I live in Berlin, the one in Germany, not the Amish village in Ohio. Moving to Germany six years ago was the culmination of a dream I had in college. I wanted to live in Europe, in large part to rid myself of the parasitic effect cars had on my life—from the sunken cost and cars-before-humans city planning to the normalization of it all that made me the weird one for wanting to opt out of this albatross on both my financial and physical wellbeing.

What I didn’t expect in making the leap across the Atlantic was how living in Germany would help me not only rid myself of my mistrust of the great outdoors, but form an inseparable connection to nature.

Defining inaccessibility is going to vary from person to person. For me, it’s about trail access and getting away from people. In both Chicago (where I lived for a couple of years) and Cleveland, that kind of trail access wasn’t possible without a car—something that became abundantly clear in my early-to-mid 20s as I started to dabble with the outdoors.

My final dalliance with regular car use came while authoring the first edition Best Hikes Near Cleveland for Falcon Guides. Working on that project further drove (no pun intended) my frustration with all the driving that needed to be done to access the trails. Then I went to pen the Minneapolis and Saint Paul edition as well as the first in the new series, Best Outdoor Adventures Near, and got hit head-on by a car while on my bike at a stop sign. On top of everything else, my beef with cars was now personal.

After completing Best Hikes Near Cleveland, my wife Melanie sold her car as we embraced city life—joining the approximately 83% of Americans who live in urban areas. But that put an abrupt end to our occasional weekend excursions to the woods and we started to feel what should be a false dichotomy. Either you live in the city or you live in a rural town with access to nature—you can’t have both. Case in point, Cuyahoga Valley National Park was a 25-to-35-minute drive from my last Cleveland apartment. When I switched to public transportation, Google Maps estimated the one-way journey would take a little over four hours. Can’t say I’ve embarked on the saga, so I’m taking Google’s word for it.

What makes these Steigs so great is not just how prolific they are, but how accessible they are. The Deutsche Bahn train runs frequently through many of the major hiking hubs of these long-distance trails.

The solution for many Americans would be to just get a car. You know, a simple 4,000-pound machine that requires constant care and fueling. No big deal.

It was always a pill I couldn’t swallow, not only because of my personal distaste for the things. It was an expense that made me more anxious than a doctor’s visit. AAA estimates that the annual cost of car ownership in the United States is $10,728—an 11 percent increase from the previous year.

Instead of nearly matching the cost of our rent to own a car, my wife Melanie and I could instead invest in ourselves and what makes us happy.

I expected robust public transportation in Germany. But the pleasant surprise was just how accessible large, natural spaces were. And I didn’t need a car.

Coupled with more humane vacation benefits, Melanie and I spent many an extended weekend hopping on the train to head an hour or two south where we’d dive into the likes of Eifel National Park or cover another stage of the country’s many Fernwanderwege—long-distance hiking trails—like the Rheinsteig.

How lockdown—and birding—changed the way I hike

Steig literally means “climb” or “rise”. It’s the suffix given to the country’s impressive network of 100-plus long-distance hiking trails.

There’s the 423-kilometer Goldsteig cutting through the Bavarian Forest, the 358-kilometer Albsteig stretching outside of the Black Forest, and of course the aforementioned Rheinsteig tracing 320 kilometers along the Rhine River through mountains, vineyards, and the medieval villages you’d expect to find on postcards with an occasional castle to boot. Even pancake-flat Berlin, where we’ve lived for the last three years, has the 217-kilometer Märkische Landweg and the over 400-kilometer 66 Lakes Trail in its backyard. (Okay, they don’t all end in Steig.)

These Steigs and Wegs helped me establish not just a connection to nature, but a palpable yearning to be immersed in the forests of my new home.

What makes these Steigs so great is not just how prolific they are, but how accessible they are. The Deutsche Bahn train runs frequently through many of the major hiking hubs of these long-distance trails.

Staying in one of the towns along the way often scores you free public transit, courtesy of a modest tourist tax you’ll pay at check-in. So you can start in one town and hike the trail over a period of days, staying in different villages along the way, and head home from wherever the adventure comes to an end. Not to mention the plethora of apps out there, often managed by the trail caretakers themselves, that offer digital signposts for folks worried about losing their way.

Put together, the German forests and mountains are wonderfully approachable regardless of whether you’re looking for a modest, scenic stroll, or something to brag about on your fitness app.

Recently, I started to wonder if any other Americans who’d moved to Europe had experienced a similar rekindled love of the great outdoors— to the point where I now crave those weekends and weeks away from the city like a bodybuilder craves thin tank tops and tanning lotion. If I don’t get them, I’ll become irritable, restless, and generally unpleasant to be around––staring out my window while I mumble the lyrics to Bobby Vinton’s “Mr. Lonely”.

“I’m out walking around our fields and forests on a nearly daily basis and I love the fact that you can go pretty much everywhere. Tons of trails and bike routes and no private property signs in sight.”

Twitter, despite its many faults—loss of individual humanity, creepily assumed familiarity with strangers, and literally birthing the concept of ‘doom scrolling’—is still a great tool for quickly crowdsourcing feedback. (Some call it lazy research, I call it using the tools at my disposal.)

I put the question out to other Americans who moved to Germany, asking if life in the Bundesrepublik changed their relationship with nature. Responses flooded in. The consensus was yes, it had.

Amber Lough lived in seven different US states before moving to Germany where she’s lived for eight years. “I had to make an effort to get out into any sort of wilderness,” she told me. “In Germany, I can get to the city center in 15 minutes, but I can also walk outside and be immersed in the woods in five.”

Heather Hartmann, born and raised in southeast Wisconsin, was less certain that Germany specifically fomented her connection to nature. She suggested that she may have just come to it on her own as an adult. Still, like Lough and others who wrote in, she praised the accessibility of relatively wild spaces in Germany.

“I’m out walking around our fields and forests on a nearly daily basis and I love the fact that you can go pretty much everywhere,” she said. “Tons of trails and bike routes and no private property signs in sight. Despite the amount of nature available where I’m from [in the US], it feels so much more accessible here simply because you are allowed to use it.”

Digging deeper revealed differing definitions of what nature is. One person said her life in Germany made her more aware of the seasons through the produce available at the market. Now she keeps a garden in her backyard whereas when she lived in the States, her backyard was a problem to be dealt with.

Another didn’t realize how Germany changed their relationship to nature before presented with the question, but ultimately echoed many now-familiar sentiments.

None of this is to say that Germany is perfect, which feels like the obligatory line any writer has to add in preparation for the inevitable onslaught of the “well, actually” crowd. But it’s unlocked a key aspect of my wellbeing: The ability to easily and frequently spend time in relatively untouched, natural spaces. For that, I—and some random assortment of American-German Twitter—are eternally grateful.

Joe Baur is a US travel and food writer based in Berlin with bylines in several international outlets, such as BBC Travel, Food52 and Serious Eats. When he’s not writing, he’s most likely cooking, eating, or hopping on the train for an escape to the many trails that crisscross his backyard outside of Berlin and beyond. 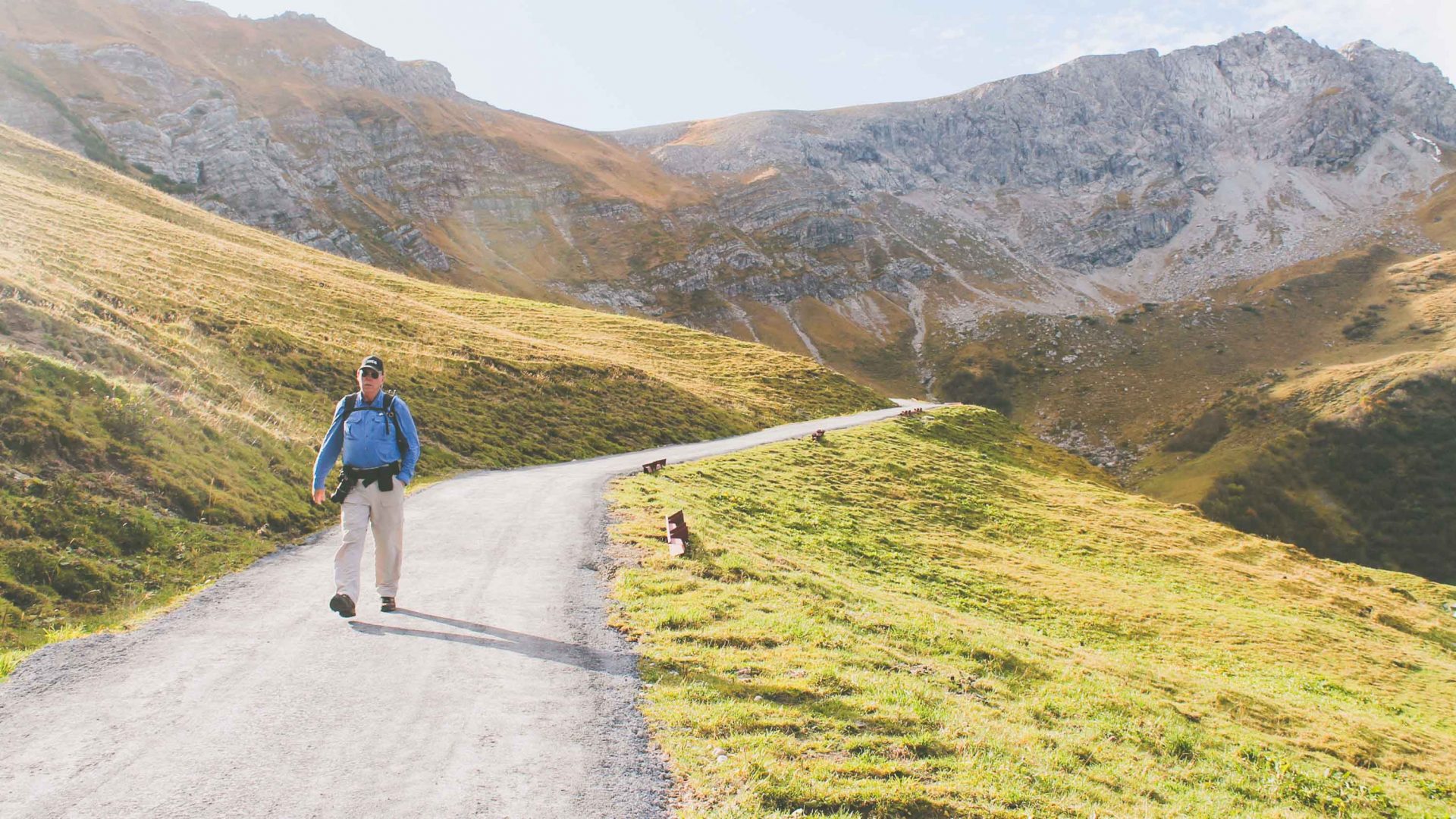 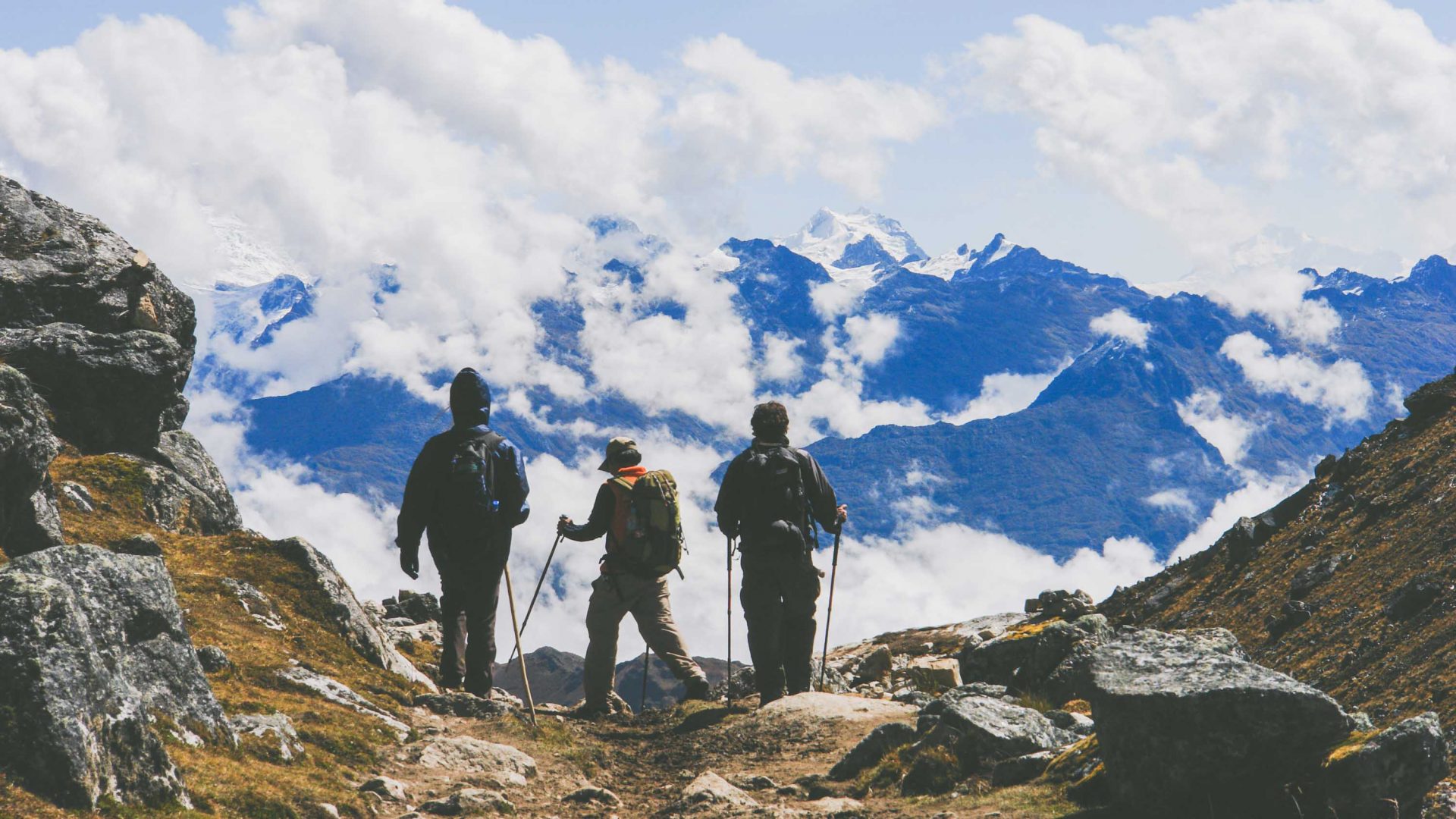 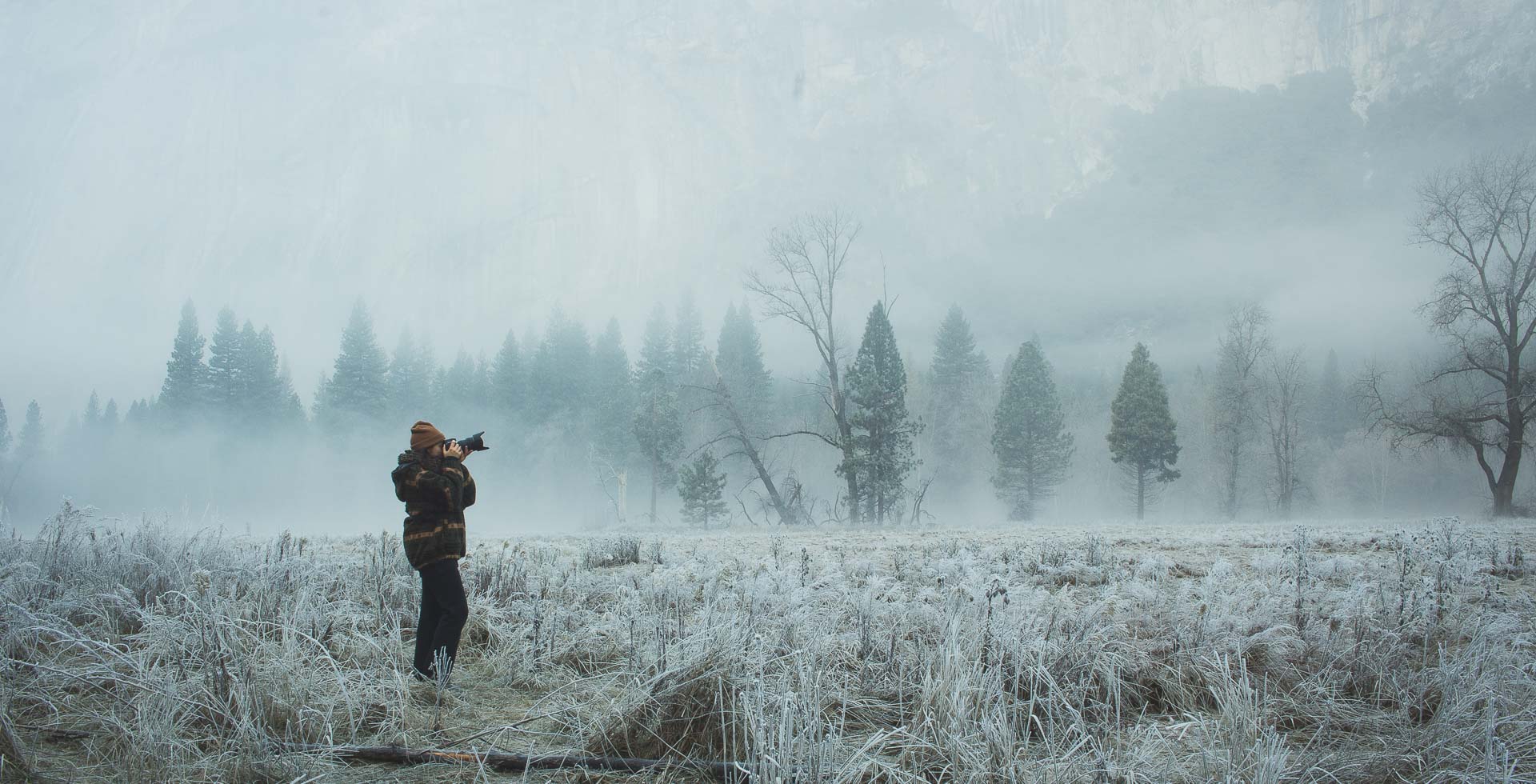