Life at 10mph: The man who cycled 3,200 kilometers through Scandinavia 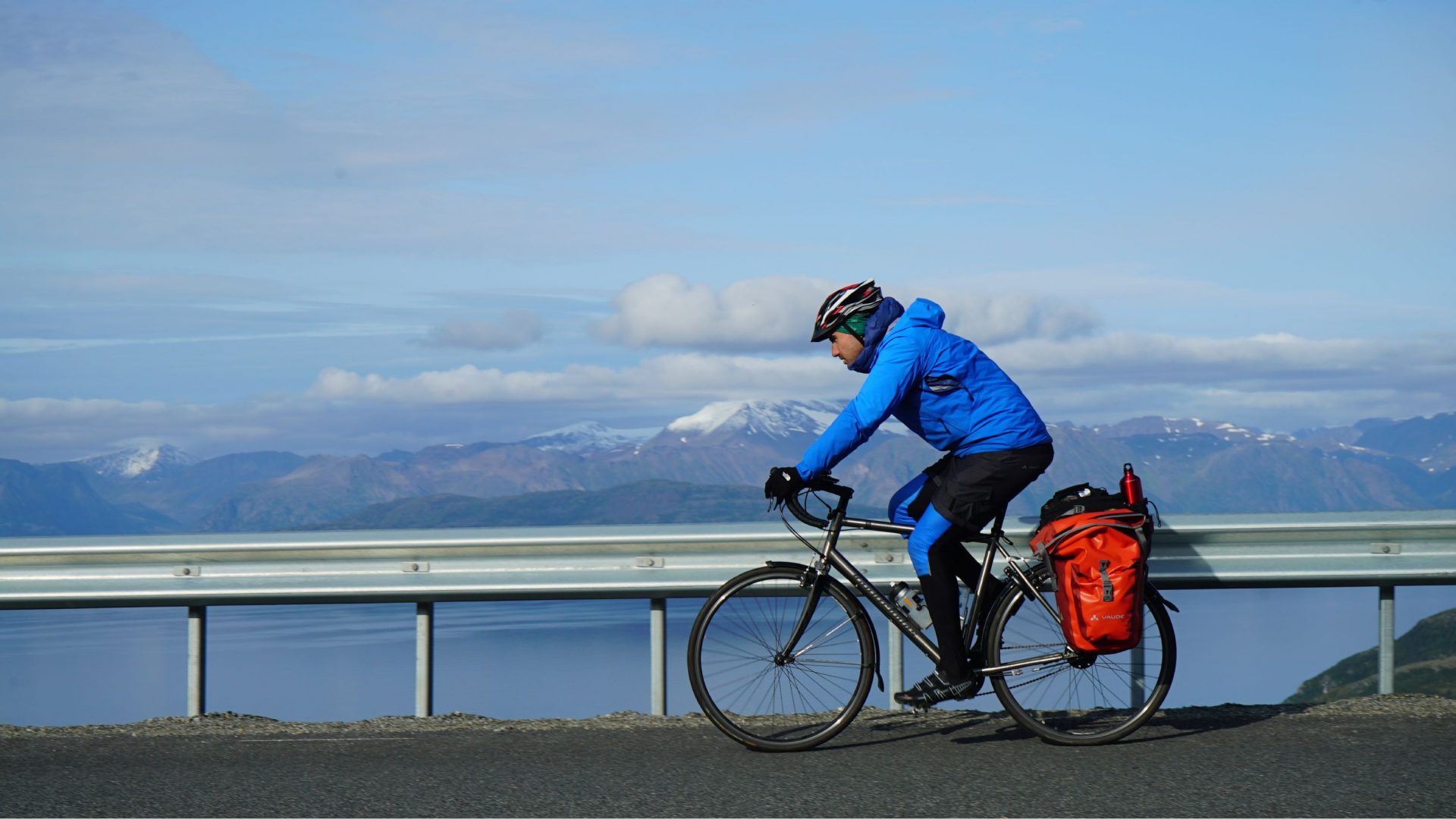 Cycling 3,200 kilometers of the Scandinavian Peninsula as part of a new TV series, now on Amazon Prime, was the ultimate slow travel adventure for travel writer Simon Parker. He shares why he loves to explore the world at a more relaxed pace.

Invasive crabs in the Arctic Ocean, beer made from algae, endangered Nordic brown bees … These were just a few of the encounters that filmmaker and travel writer Simon Parker had on his six-week, slow bike ride through Scandinavia, from the Arctic to the bottom of Sweden, where he camped in the wild, met local people, witnessed animal migrations, tracked moose and beavers, and fuelled up on seasonal food.

This epic trip was filmed for the first series of a new TV show called Earth Cycle. “The premise is to promote ‘green’ principles and slow journalism,” says Parker, “while championing the joys of long-distance cycling adventures through the wilderness.”

In a world powered by 24-hour news, and ‘doing it for the ‘gram’, it feels like it’s never been more important to just slow down.

The idea for Earth Cycle came about in 2016 after Parker sailed and cycled 24,000 kilometers in 133 days from China to London for the BBC and Telegraph. “Anyone who’s undertaken grand overland journeys will know that moving that far, that slowly, allows you to appreciate the planet at a refreshingly relaxed pace,” he says. “It’s so different to buzzing around the world in a plane or car.”

However, the eureka moment came while cycling across the USA. “I happened to be in Ohio exactly when a species of cicada emerged after 17 years dormant in the ground. That experience became a dispatch for BBC’s From Our Own Correspondent.”

It was from this slow travel experience that the premise for Earth Cycle was born. “I could appreciate our planet from the perspective of a bicycle saddle,” says Parker, “and document the seasonal cycles of the natural world around me. It’s amazing what you see when you’re moving at 10mph!”

With so many corners of the globe to choose from, why Scandinavia for the first series? “It’s a bikepacker’s dream,” says Parker. “It’s wild, vast, and the relaxed attitude to wild camping in Norway and Sweden ties into the ‘feel’ we wanted to create—cycling and camping in the wild without any boundaries.”

“Being connected with, and protecting, the great outdoors is engrained in the Scandi-psyche … They recognize a cohesion between every living thing on the planet and our place within that as humans.”

“I also like big overland trips that have geographically connected start and end points,” he adds. “2,000 miles from north to south is a great way of seeing subtle shifts in climate, agriculture and wildlife—all things that you tune into on a bike.”

Taking in his surroundings, rather than simply passing through, is what generated many of the stories Parker encountered, many of which highlight some of our environmental realities.

“The idea for Earth Cycle is to share my passion for massive overland cycling expeditions, but also shine a light on important, interesting and surprising environmental issues,” says Parker.

Throughout the series, he meets people living life differently, such as artists in Tromsø making beer from algae, the Stockholm sales manager who left city life to live more sustainably, and people living off seasonal mushrooms and invasive king crabs. “These stories matter because in a tiny way, these people are trying to think outside the box,” he says.

It’s these personal stories that make Earth Cycle a compelling watch, but the series also shows the positive forces in play in our world. One segment shows the salmon migration and a mill worker moving the salmon to help them move upstream—because the mill is in their way…

“Yes, that was an amazing story,” says Parker. “That mill has been there for almost 200 years, but the salmon still try and move upstream on their annual migration! So every year, they have to lift them to the other side with a makeshift salmon ‘elevator’. We kept finding stories like this—Sweden especially is a place where most people live either directly within, or on the fringes of nature.”

And at a time when we’re becoming increasingly computerized and digitized, re-enforcing a connection to nature can only be a good thing.

“Being connected with, and protecting, the great outdoors is engrained in the Scandi-psyche,” says Parker. “Take the people working with endangered brown bees: They see it as a responsibility to the greater good of the natural world—they recognize a cohesion between every living thing on the planet and our place within that as humans.”

“I’ve realized the world outside our media industry isn’t as fast-paced as our news channels, social media feeds and daily newspapers portray—it’s our collective feeling of FOMO that makes us feel we need to know everything at all times.”

That’s part of the aim of this series, to show just how connected we really are. “Hopefully something like Earth Cycle can help document the place where raw ingredients come from; how we can all eat and live a bit more sustainably, seasonally and locally,” he says. “I sample local berries, oysters, mushrooms, crab and honey—all grown within a few meters of where I ate them.”

It’s the people that always make a story however. One memorable encounter is when Parker witnesses the northern lights with a Sámi local. The indigenous Sámi people have lived on these lands (known as Lapland but more precisely, Sápmiland) for centuries.

“Lennart, the local Sámi man, came dressed in exactly what he normally wears, standard hiking gear—not touristy traditional dress to amuse us,” says Parker. “It was important we capture this how he’d experience it with his guests, friends and family.”

Lennart explains how this this wild place is his home, but the reality of modernity means he—as many indigenous communities around the world now do—also shares it with people who want to experience it. And he can make a living from such encounters. More importantly, as Parker says, these genuine experiences crush the clichés; showing it’s possible to feel connected with a culture dating back millennia and wear modern clothing and use smartphones.

“It was an unforgettable experience—and the best northern lights I’ve ever seen,” says Parker. “It was also interesting to understand how the passing of summer into autumn figures as an important time in the life cycle of Lapland’s plants and animals. We drank coffee with chunks of cheese in it on a hillside until the early hours. It was one of those tech-less nights where you breathe in the surroundings and feel lucky to be there, and nowhere else.”

Slow travel is something many of us aspire to; after all, tickbox travel is really another to-do list. “Cycling at 10mph is my perfect speed!” says Parker. “It’s not so fast I feel I’m missing the amazing things around me, and not so slow I feel I’m wading from place to place. A bike also allows me to carry my kit—tent, stove and sleeping bag, plus laptop, cameras and microphones.”

Cycling is also an activity that invites conversation; that immediacy to the outside world is alluring to those you pass. “There’s something universally unthreatening and approachable about a person on a bike,” says Parker. “Strangers love looking at how you’ve packed up your bike—it becomes a focal point of the adventure.”

Another aim of the Earth Cycle series is to buck the trend of immediacy in travel; in their words, “to be the antithesis of 24-hour rolling news and social media feeds while also documenting really important environmental issues.”

Given Parker was once a newsroom journalist, what has this altogether different experience taught him? “I’ve been lucky to have spent the last five years traveling the world as a journalist, but yes, I cut my teeth in London’s newsrooms,” he says. “I’ve realized the world outside our media industry isn’t as fast-paced as our news channels, social media feeds and daily newspapers portray—it’s our collective feeling of FOMO that makes us feel we need to know everything at all times.”

Another message Parker wanted to convey via Earth Cycle is that it’s therapeutic to take a step back from that. “Sitting on a bike, watching the seasonal colors slowly change, eating food that’s only available for a few weeks at a time … it can bring us back to a gentler pace where we stay focused on the here and now.”

Or, as Parker says, think of it as mindfulness on two wheels.

It’s also shown on selected airlines, plus other international channels. 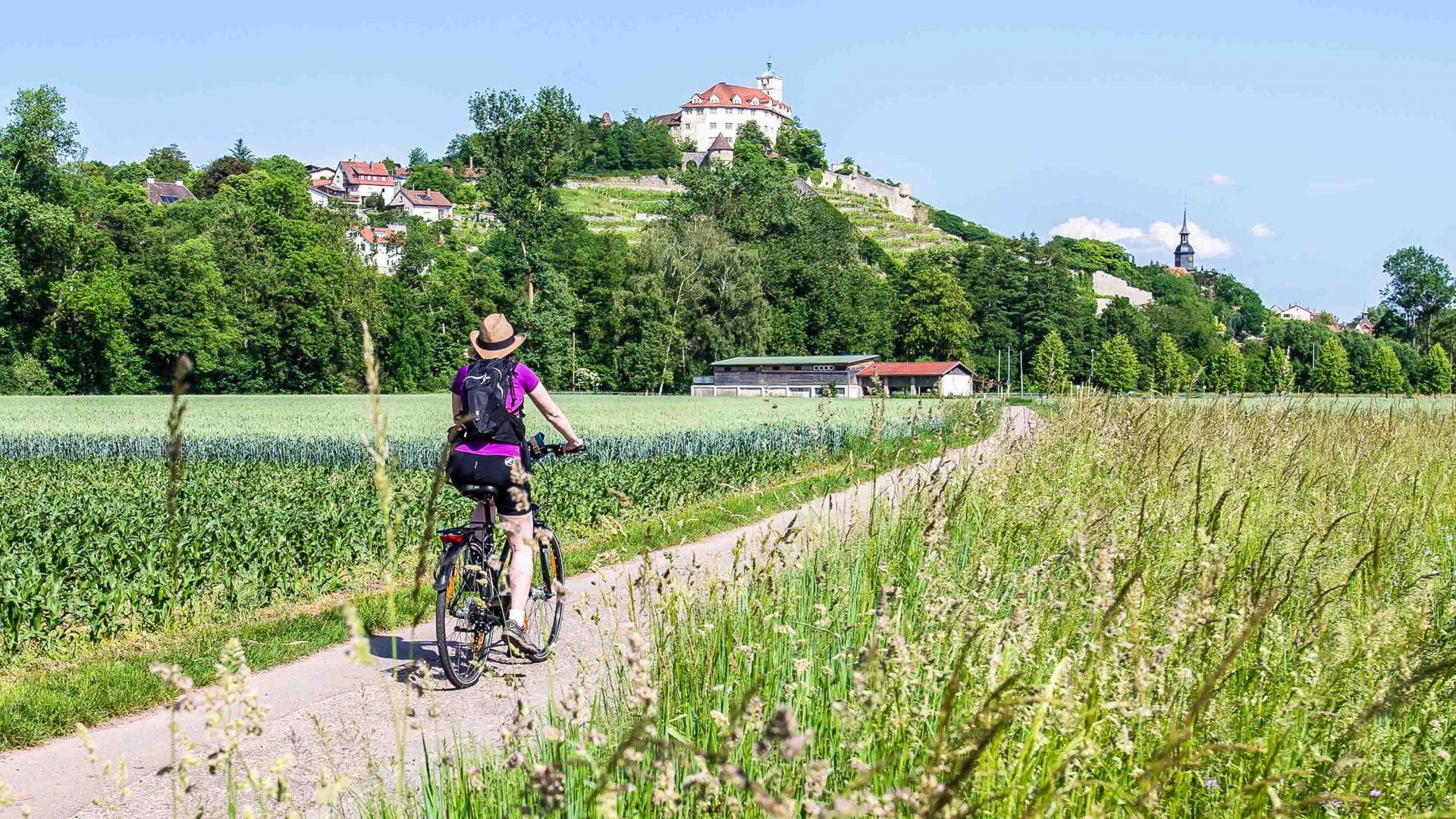 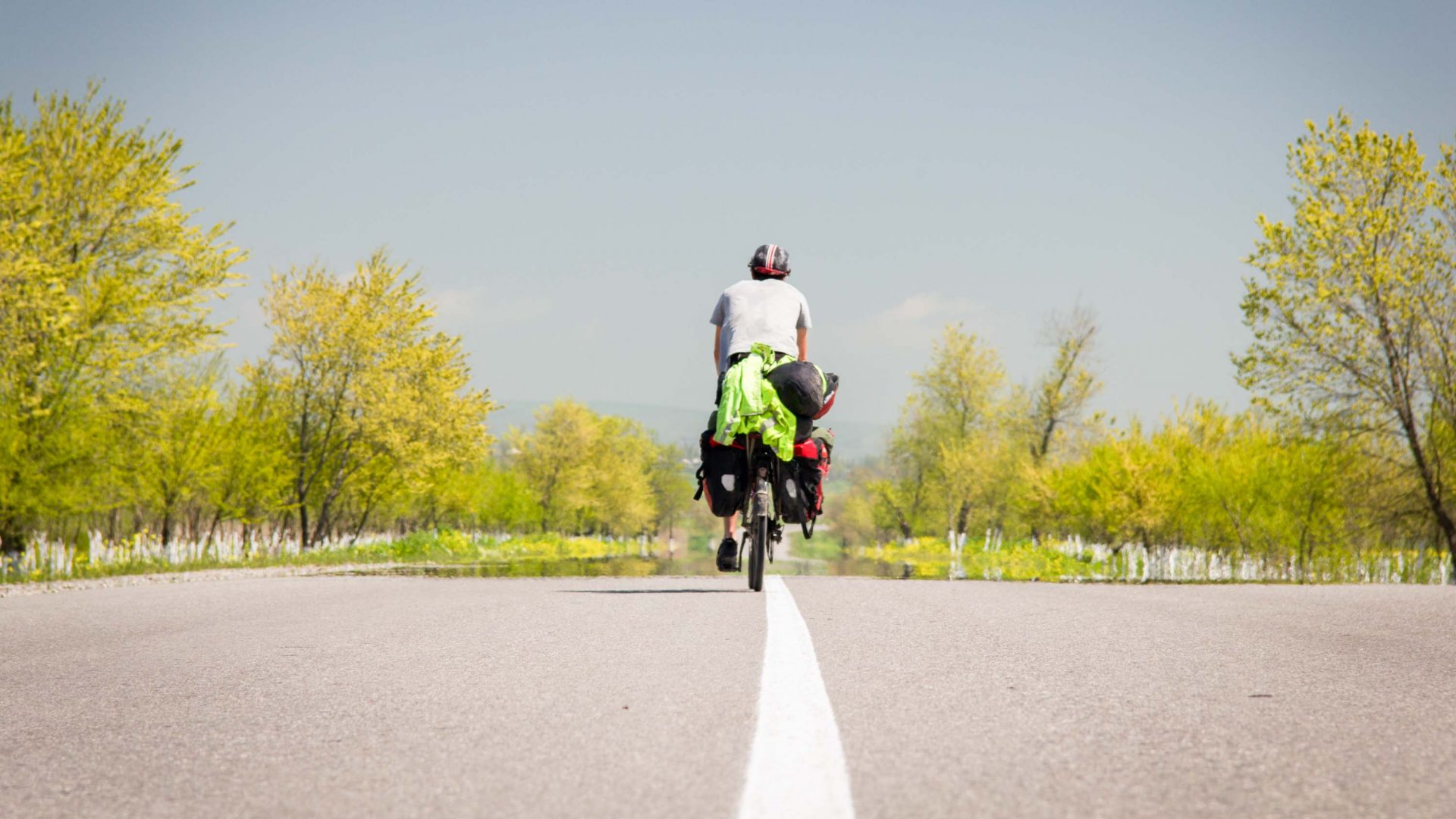 In photos: One cyclist’s remarkable journey from London to Hong Kong