Is ‘begpacking’ the worst travel trend of them all? 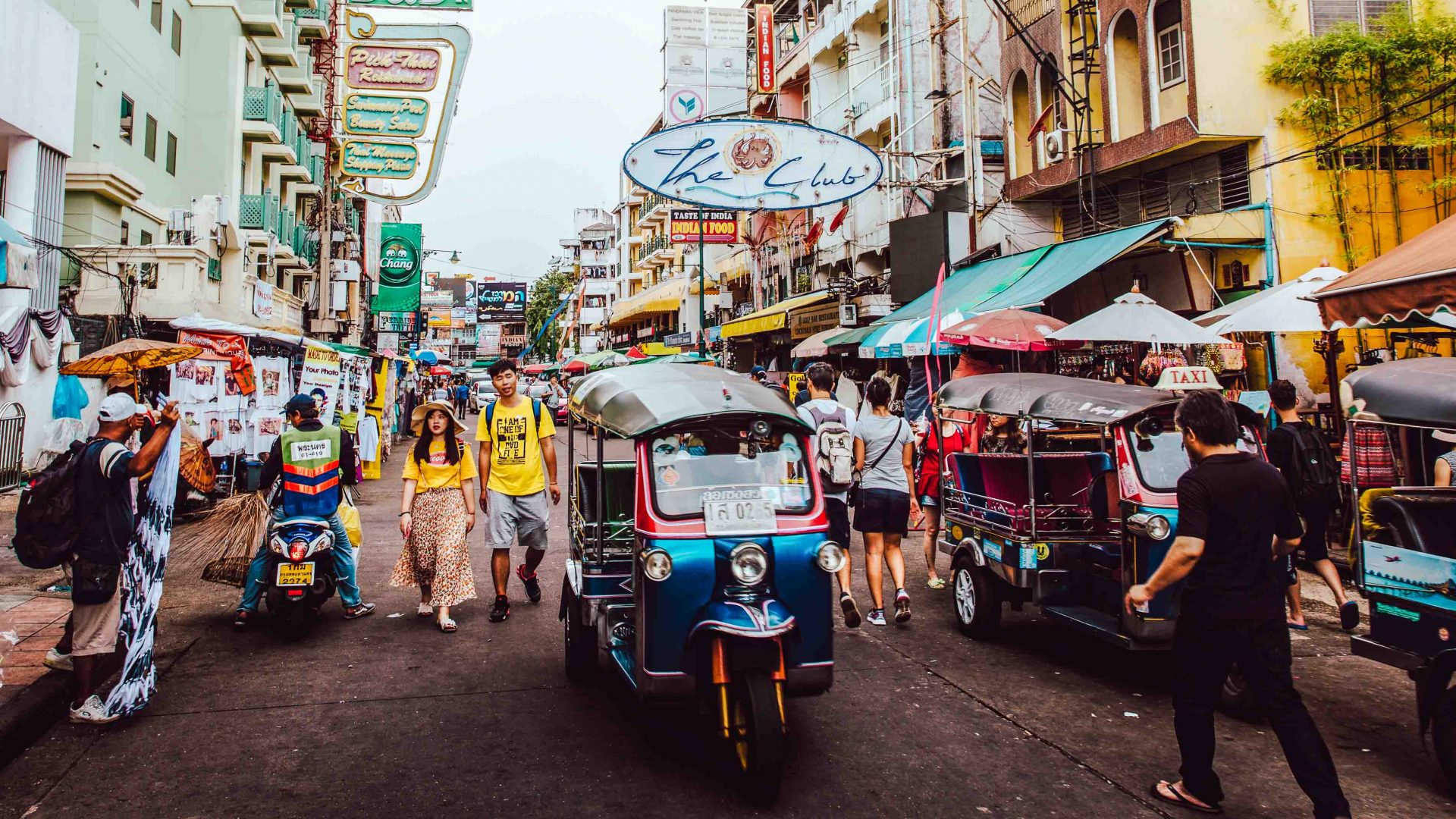 Tourists funding their trips by begging for change or selling wares once they reach a destination is becoming a common sight. But is it ever OK to ask other people to help finance your holiday?

This idea that you can travel the world for free, that you can rely purely on the kindness of strangers to fund your adventures and to ensure your survival: It should be a mark of shame. And yet some travelers wear it like a badge of honor. That’s confusing to me.

These are the ‘begpackers’, the band of travelers who arrive in their destination with next to nothing, who plan on going cap in hand—to not only other travelers, but locals, too—to help make their way around the world.

It sounds unbelievable. Like, who would have the chutzpah to do such a thing? Who would be able to talk themselves into believing this is a reasonable thing to do?

And yet, it happens. It’s happening right now. I was in Vietnam recently, and within a few hours of wandering around Ho Chi Minh City, I’d spotted two Western travelers openly begging for spare change. They were in separate locations, but with very similar MOs: Cardboard signs, written in English, claiming they’d lost their wallets and passports, and needed money in order to survive.

If there was only one of these guys, you could almost believe it, even though there are diplomatic processes in place to help travelers who are genuinely in trouble anyway. But two of them? In different spots? With essentially the same story? That’s no coincidence.

This is the world of begpacking. It seems to be most prevalent in Southeast Asia, in countries such as Thailand, Cambodia and Vietnam, though you might see it in South America as well. Western tourists arrive in these places with no money and just take their chances, placing their trust in the kindness of strangers.

Some choose to busk, playing musical instruments or selling artworks, which I don’t have so much of a problem with. At least they’re doing something. Others, meanwhile, just put their cap out and expect. They’re openly begging on the streets. They’re starting up GoFundMe and Kickstarter campaigns to fund their travels. They’ve been caught using shower facilities in homeless shelters in Australia; they’ve pinched meals meant for homeless people from Salvation Army food trucks.

Here’s the begpackers’ boast: That you don’t actually need a lot of money to travel. In fact, you barely need any at all. If you can get yourself to a destination, all it takes is a little creative grifting and you’re on your way. People will help you out.

What that ignores, of course, is the people who are doing the helping. Occasionally, those people might be locals, who may have plenty to worry about without being guilt-tripped into giving to foreign beggars. More often, they’ll be other travelers, those who’ve taken the time and effort to save up for a trip that they’ve paid for themselves.

Regardless, this is classic First World privilege. It’s the sort of thing only privileged Westerners would assume they could get away with. When refugees turn up in foreign countries with no money and no hope, in the direst of straits, they’re often treated with contempt. When tourists do it for a lark, however, it’s a ‘cool’ new way to travel. It’s promoted like it’s something to be proud of.

Take British adventurer Laura Bingham, who cycled 4,350 miles through South America in 2016 with no money. Yes, the physical feat is phenomenal. There’s no denying that. But begging for food from people in developing countries? Asking for and accepting free accommodation? And doing all this for charity? You couldn’t make this stuff up.

That’s the main problem here. Nobody from a Western country should be struggling to survive in the developing world.

But begpackers boast about these achievements. They publicize them. They spread the word to others and offer to teach them how to do the same.

American filmmakers Rob Greenfield and James Levelle traveled through South America for 10 weeks, also in 2016, without any money, to make the documentary series Free Ride. Though the pair did do some odd jobs to earn their keep—odd jobs, of course, that could have been performed by locals—they also accepted plenty of handouts, often from people with very little to give.

They saw this as a social experiment, a test of the innate goodness of humankind. And they succeeded in proving it—people are generally willing to help those in need. It might have made for an entertaining TV show, but imagine if every traveler who watched Free Ride decided to head out into the world without a penny to their name. The locals would grow tired of our little social experiment pretty quickly.

RELATED: Has the internet killed the joy of discovery?

The main problem here is that nobody from a Western country should be struggling to survive in the developing world. If you can afford the flights, you can afford to stay home and save for that little bit longer to ensure you don’t have to rely on other people to fund your enjoyment.

There’s a sense of entitlement to begpackers that’s breathtaking. Yes, there are travelers out there who really are down on their luck, and who really do deserve a helping hand. But these poor souls are overshadowed by the vast majority of the begpacking crowd, the types who set out on their journeys with the express intention of relying on the generosity of others so that they can have fun.

That’s hardly a badge of honor.