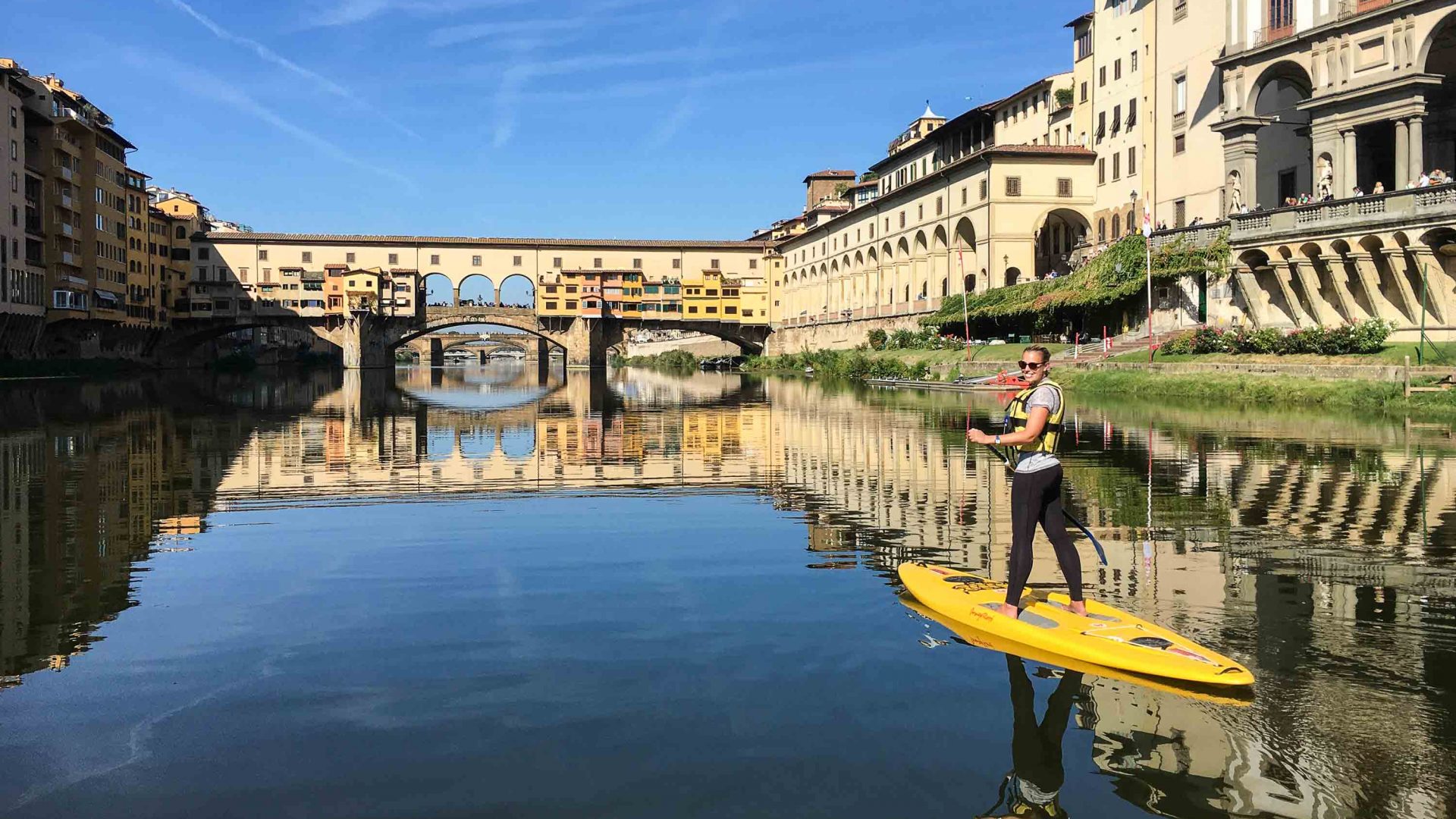 There’s more to do under the Tuscan sun than gallery-hop with the masses. Sarah Reid heads outdoors to explore the region’s largely untapped adventure potential.

Scuttling through a low, narrow cave passage on my back like a crab missing a few legs, I begin to regret my, er, third glass of Chianti the evening before.

But deeper into the darkness I go, squeezing through calcareous speleothems (mineral deposits) and weaving around the path of a subterranean waterfall that gives the UNESCO-listed ‘Howling Cave’ its name. After nearly an hour of this, my caving group arrives at the end of the karst maze—as far as we can go without diving equipment, at least—before clambering back towards the entrance.

Suffice to say, northern Tuscany’s Apuan Alps Geopark isn’t the kind of experience most people would associate with central Italy. Let’s face it: Tuscany doesn’t exactly scream ‘adventure’. But as it turns out, with its famously balmy summers and incredibly varied terrain, the birthplace of the Italian Renaissance doubles up as a cracking outdoor playground. And as the region’s cities become ever more crowded—with Florence alone now receiving more than 10 million visitors each year—there has never been a better time to explore it.

“Sometimes I feel like I started this business 20 years too late,” jokes my caving guide Danilo Musetti as we wriggle out of our wetsuits. The passionate outdoorsman, who also leads canyoning tours in the lush Garfagnana valley, adds that the rise of adventure tourism in Tuscany—which received a 27 per cent increase in adventure travelers in 2018—is not just a foreign trend. “We’re also starting to see more locals signing up for tours, which is really something, as Italians aren’t traditionally known for being particularly adventurous,” he says.

RELATED: Can Vietnam re-invent itself as an adventure destination?

“Tuscany has really awakened to adventure over the past few years,” agrees Sebastian Schweizer, co-owner of Florence-based aquatic adventure company T-rafting, as we glide down Florence’s River Arno on stand-up paddleboards on a warm October morning. “I mean, you can’t leave Florence without visiting the Uffizi, but visitors are starting to realize that the region has a lot more to offer, and exploring the natural environment has never been more accessible.”

Schweizer himself is preparing to add more adventurous offerings to his stable of rafting, kayaking and SUP tours next summer, including bike-rafting (packrafting with a fat bike) and ‘armadilling’ (hiking along remote Tuscan coastlines with the help of a purpose-built multi-environment craft). “There is still so much terrain in Tuscany to discover, and activities to invent,” Schweizer tells me, as we pull in beside the Ponte Vecchio for a restorative prosecco.

Along with biking along coastal roads and taking your pick from more than 30 dive sites, you can kayak to hidden beaches, SUP around crystalline coves, and hike along old mule tracks skirting wild cliffs.

One of Tuscany’s best adventures, however, is far from new. An ancient pilgrimage route connecting Canterbury in England to the Italian capital of Rome, the Via Francigena (‘the road from France’) is one of Europe’s most spectacular hiking trails. With roughly a quarter of the route (400 kilometers) weaving through Tuscany, it offers the ultimate culture injection while working up a sweat.

Curiously, despite excellent trail maintenance and a much higher standard of accommodations and restaurants (on the Tuscan section, at least) than you’ll find on Spain’s Camino de Santiago, the Via Francigena has (so far) eluded a similar level of fame. The silver lining is that it’s far less crowded.

Accompanied by Roberta Ferraris, author of The Via Francigena: 1000 kilometers on Foot from Rhe Gran San Bernado to Rome and a nature guide for a European hiking and cycling holiday specialist, I spend five days traversing several legs of the Tuscan section.

Morphing from misty mountain passes to undulating vineyards and slicing through dozens of charming traditional villages that owe their existence to the millennia-old pathway, the scenery is as varied as it is spectacular. From wineries to thermal baths, there are plenty of worthwhile pit stops.

“Isn’t it wonderful that you can still find places like this in Tuscany?” says Ferraris as we hike through a sleepy medieval hamlet where locals still leave their keys in the front doors. Stooping to stroke a cat sunning itself by a potted geranium, I readily agree.

Best known for its most famous former resident, Napoleon, the island of Elba also dishes up some of the best diving in the Mediterranean.

It’s also possible to cycle some Tuscan legs of the Via Francigena, though mountain bikers may prefer to tackle the rugged Amiata Mountain Circuit (32 kilometers) from Località Le Macinaie, 85 kilometers south of Siena, or take the one-hour ferry ride from the port town of Piombino to Elba Island to explore its 100 kilometers of marked bike trails.

Best known for its most famous former resident, Napoleon—who was exiled to Italy’s third-largest island in 1814 before escaping to France 300 days later—Elba also dishes up some of the best diving in the Mediterranean.

Renowned for its clear water, the island forms part of the Tuscan Archipelago National Park, which is carving out a name for itself as an adventure sports hub. Along with biking along coastal roads and taking your pick from more than 30 dive sites, you can kayak to hidden beaches, SUP around crystalline coves, and hike along old mule tracks skirting wild cliffs, far from the crowds of the Cinque Terre.

RELATED: Could Salta be Argentina’s next adventure playground?

Back on the mainland, you can also skydive over Lucca, go ‘water trekking’ in a stunning natural gorge in Lunigiana, and e-bike around the Apuan Alps, which is also home to four of Tuscany’s six Via Ferrata climbing routes equipped with fixed cables, ladders and bridges.

And when winter comes, there’s even some decent skiing to be had in the Tuscan Apennines. While the local ski resorts might be smaller than those of northern Italy, lift passes are cheaper, and most resorts lie within easy access of cities. Just 90 minutes from Florence, for example, the surprisingly snow-sure resort of Abetone has 50 kilometers of slopes. Over in Doganaccia di Cutigliano, you can even try your hand at kite skiing (like kitesurfing, but on snow).

And of course, along with escaping the city crowds and spreading your tourist Euros around the region, the key advantage of adventuring through Tuscany is that after a long, sweaty day outdoors, an excellent meal is never far away. As I tuck into an antipasto platter laden with locally cured meats and marinated olives after a day on the Via Francigena, I begrudgingly accept that I won’t be leaving any Tuscany lighter. But as the Chianti flows, at least I feel like I’ve earned it. 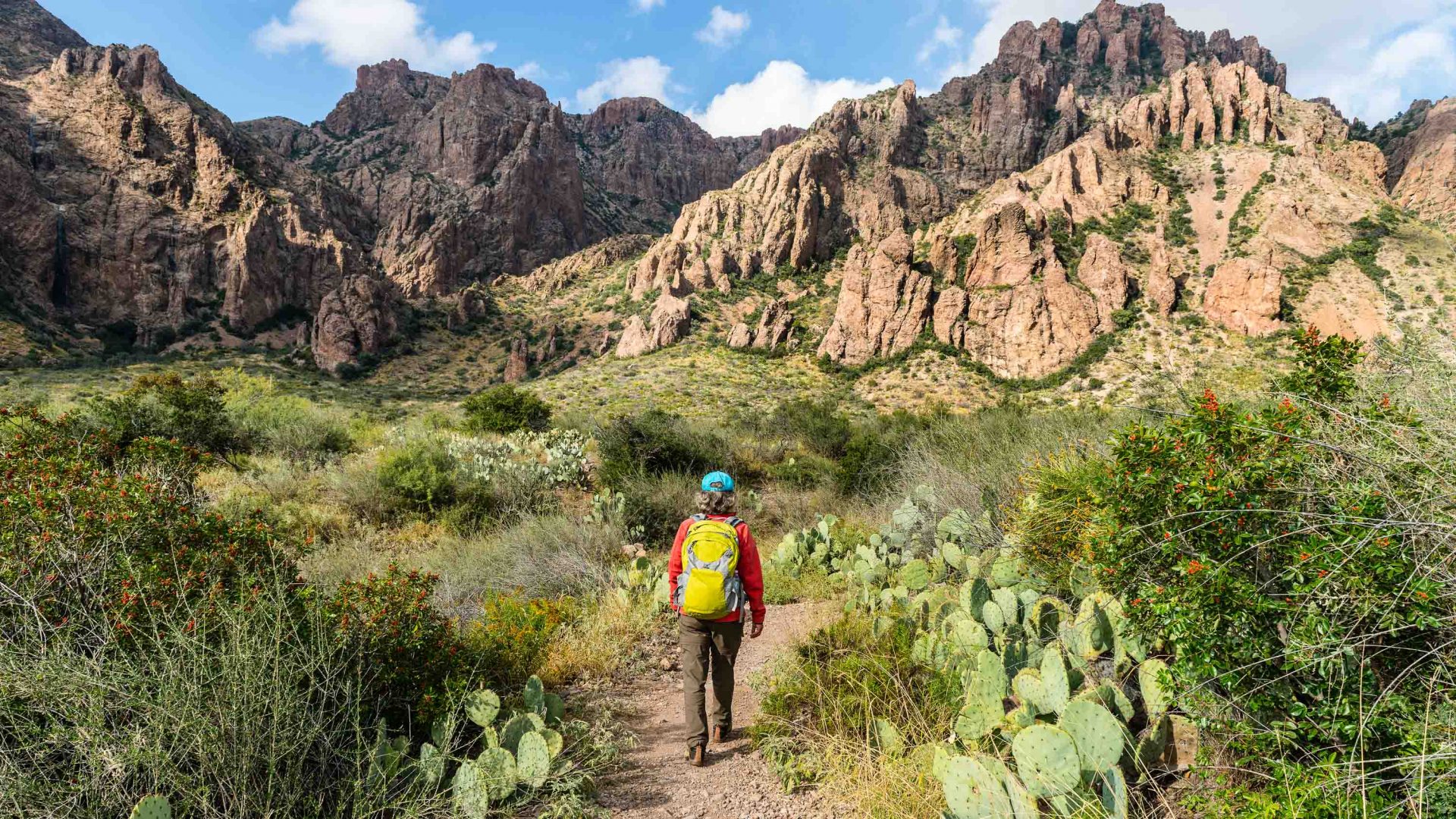