How routine can help you climb mountains and conquer anything 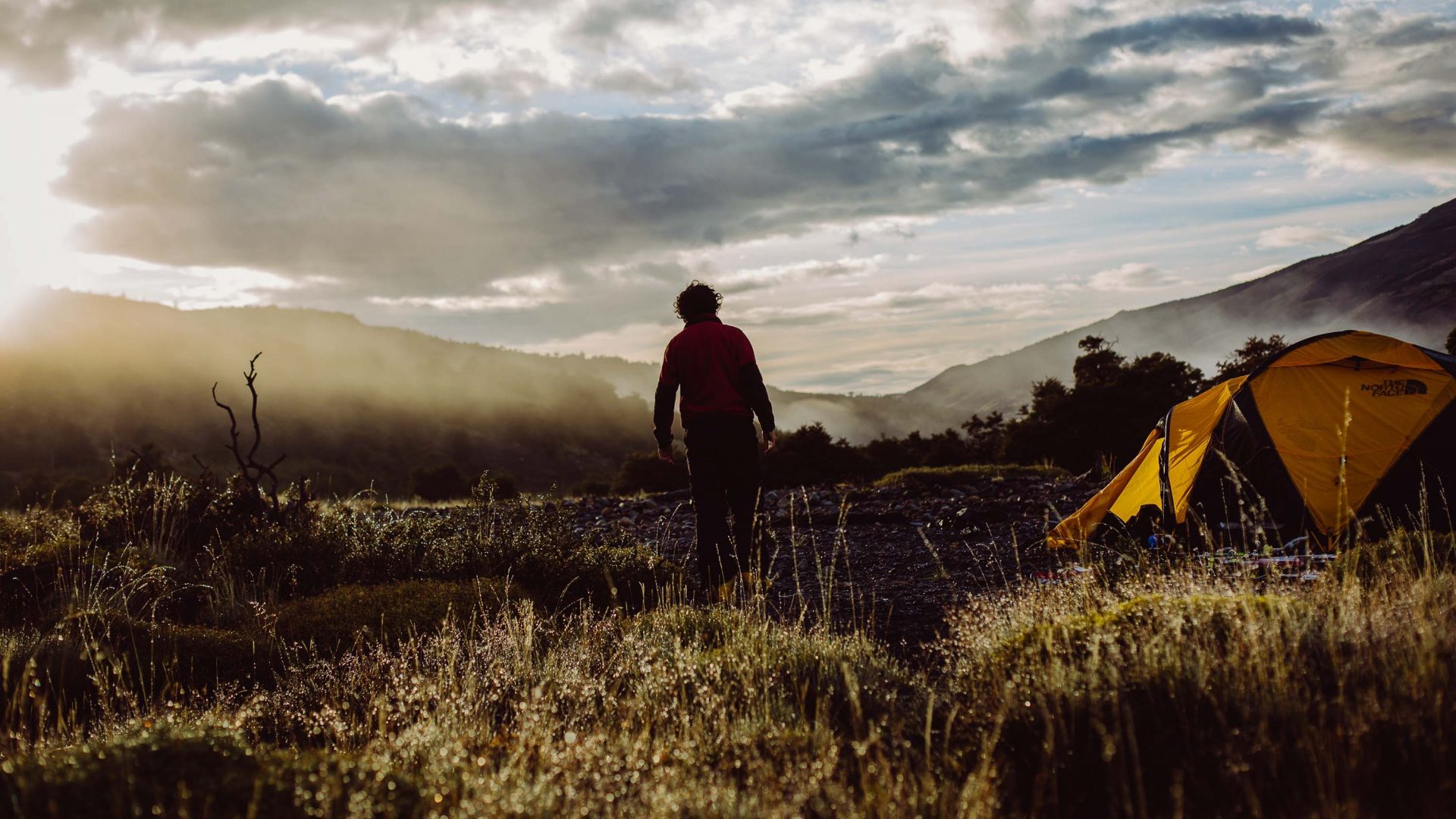 Many of us travel to escape the routine of everyday life. But, for better or worse, routine can have a habit of following you around the world. Just ask Leon McCarron.

I remember thinking it seemed stupid to be using an alarm clock in a desert. We forced ourselves to wake an hour before the sun rose, because it was winter and the days were short and we had a long way to go.

But it was also early, and dark, and we were tired. The Gobi is the largest cold desert in the world outside of Antarctica and, in November—when we’d decided to try and walk across it—the temperature dropped to as low as -20C overnight.

I’d force open my eyes and feel the sting of the air. The inside of a cold tent in darkness is rarely inspiring. My companion Rob was doing the same thing in his tent beside me—we’d grunt a greeting to make sure the other wasn’t sneaking a few moments of extra sleep. Still cocooned inside my sleeping bag, I’d then open a bar of chocolate and devour the whole thing. That decadent sugar rush was a key buffer of pleasure, because none of the next steps were fun; getting out of the bag, changing clothes, packing away kit.

Worst of all was taking down the tent. Fingers burned with cold, and my whole body would shudder. I’d measure progress against Rob’s movements and, within 20 minutes of that first blink of morning, we’d be ready to go.

There was another quick reward: Two partially-frozen, brick-like Mongolian biscuits. Partly it was for the calories—we had 30-plus kilometers to go across tough terrain—but mostly we liked the luxury of the sweetness and the knowledge that, for those two minutes of munching, we didn’t need to do anything else productive.

It’s true that no two days on the road are the same. And while what many of us love most about travel is the unpredictability and variety, it’s also true that we often unwittingly build elements of routine and ritual into it.

When I first began to travel, I naively thought I was shaking free the shackles of normal life. No longer would I have to wake up at a certain time or be a particular place, or eat, sleep and work at designated hours. It was wonderfully liberating—until I quickly realized that I was often just replacing one routine with another.

This ‘routine’ also helps me travel better. Through these habits, I’m able to develop a confidence in my ability to ‘control the controllables’.

In 2010, I began a 14-month long journey by bicycle, from New York to Hong Kong. I spent hundreds of nights in a tent, and developed a slick, comforting ritual of when to pitch my tent (30 minutes before sunset), and how many minutes to read for with a headlamp (60) before taking two short slugs from a hipflask of whiskey and bedding down.

After Rob and I had crossed the Gobi in late 2011, we continued walking through China. For an hour each afternoon, we’d listen to music—much longer and we’d remove ourselves from the reality of the unique experience—but one small, daily window of escape and decompression became very important for our sanity.

And in 2012, while crossing the Empty Quarter desert, my friend Alastair and I would walk until the heat became too much. As soon as we agreed it was too unpleasant to continue, we’d stop, unload the dates and bread and peanut butter from the cart we were dragging, eat quickly, then climb under the trolley to make use of the only shade for hundreds of miles around.

These small details are the constants around the changeable aspects of travel. They help me relax into (and enjoy) the rest of the uncertainty, and they’re my way of putting the more banal parts of life on the road (waking up early, doing chores) into some sort of structure; a marker for the more fun parts, like eating pasta and watching the stars by the banks of a small river in the middle of South Dakota.

This ‘routine’ also helps me travel better. Through these habits, I’m able to develop a confidence in my ability to ‘control the controllables’. I relax, knowing the basics are taken care of, leaving me free to expend more energy on everything else, be that experiential or creative.

I know I’m not alone in this; even the greats talk of the benefit of routine. Hunter S. Thompson, the infamous gonzo journalist, claims to have had a ludicrous (but rigid) schedule of drink, drugs and writing on the road. Meanwhile, Ernest Hemingway would rise at 5.30am each day, whether at home or traveling—and regardless of how late he’d stayed out the night before.

RELATED: The appeal of the extremes: Why do explorers risk it all for the two Poles?

The polar explorers I so admired when I was younger—Nansen, Scott, Shackleton and Amundsen—were much more wholesome and focused on a singular task. They wrote in detail of the minutiae of their routines for waking, eating, sleeping and making distance.

It’s true they relied on such discipline to prevent scurvy and starvation– thankfully, few of the rest of us need worry about that now—but their rituals still gave structure to otherwise overwhelming undertakings. At the root of their great achievements was a dogged dedication to completing the simplest tasks of all. Perhaps that’s worthy of admiration too—albeit a lot less compelling as their endurance, ambition and willingness to push to the extremes of human capability.

On a modest scale, I have occasionally attempted to do something that, if I thought too much about it, terrified me almost to the point of inaction. While walking some 4,800 kilometers from Mongolia to Hong Kong, I designed a series of daily rituals that distracted me from the sheer scale of the trip.

Instead—day by day, meal by meal, campsite by campsite—a rather grand undertaking became very manageable. It’s easy to fall into cliché here (I’m stopping short of telling you that a 4,800-kilometer journey is completed one step at a time) but articulating this to myself was somewhat of a revelation: Routine, and discipline, give me a much greater chance of successfully completing an expedition. It also gives me a much better chance of enjoying myself, and producing something worthwhile at the end of it.

Acknowledging that routine is not necessarily a bad thing has been a great reward for me. I’d even take that further—it’s the bedrock of good travel experiences and productive story-gathering.

In his book Daily Rituals, author Mason Currey compiles the habits of many great writers and thinkers of recent history. He tells us of Benjamin Franklin’s regular naked bath-time, and Charles Darwin’s immovable three-hour walk at 2pm. Some great philosophers work from bed, while lauded composers write in their pyjamas. All are different, but it shows that many of the great minds find habit to be productive.

Currey reflects that the word routine can sometimes, “connote ordinariness, and even a lack of thought. But one’s daily routine … is also a whole series of choices. In the right hands, it can be a finely calibrated mechanism for taking advantage of limited resources: Time, as well as will-power, self-discipline, optimism.”

This holds true for travel too. To stick too rigidly to an everyday schedule would be foolish when moving between new places, but to aim for certain recognizable, replicable elements has certainly helped me. What I’ve learned is I need a push to get up and make the most of the day.

I also know that I’m receptive to simple incentivizing, such as allowing myself to eat a bar of chocolate in a cold tent in Mongolia. Acknowledging that routine is not necessarily a bad thing has been a great reward for me. I’d even take that further—it’s the bedrock of good travel experiences and productive story-gathering. Now, every time I set out, I can ease into the days with a little more sureness. That—a sense of confidence—is worth its weight in gold. 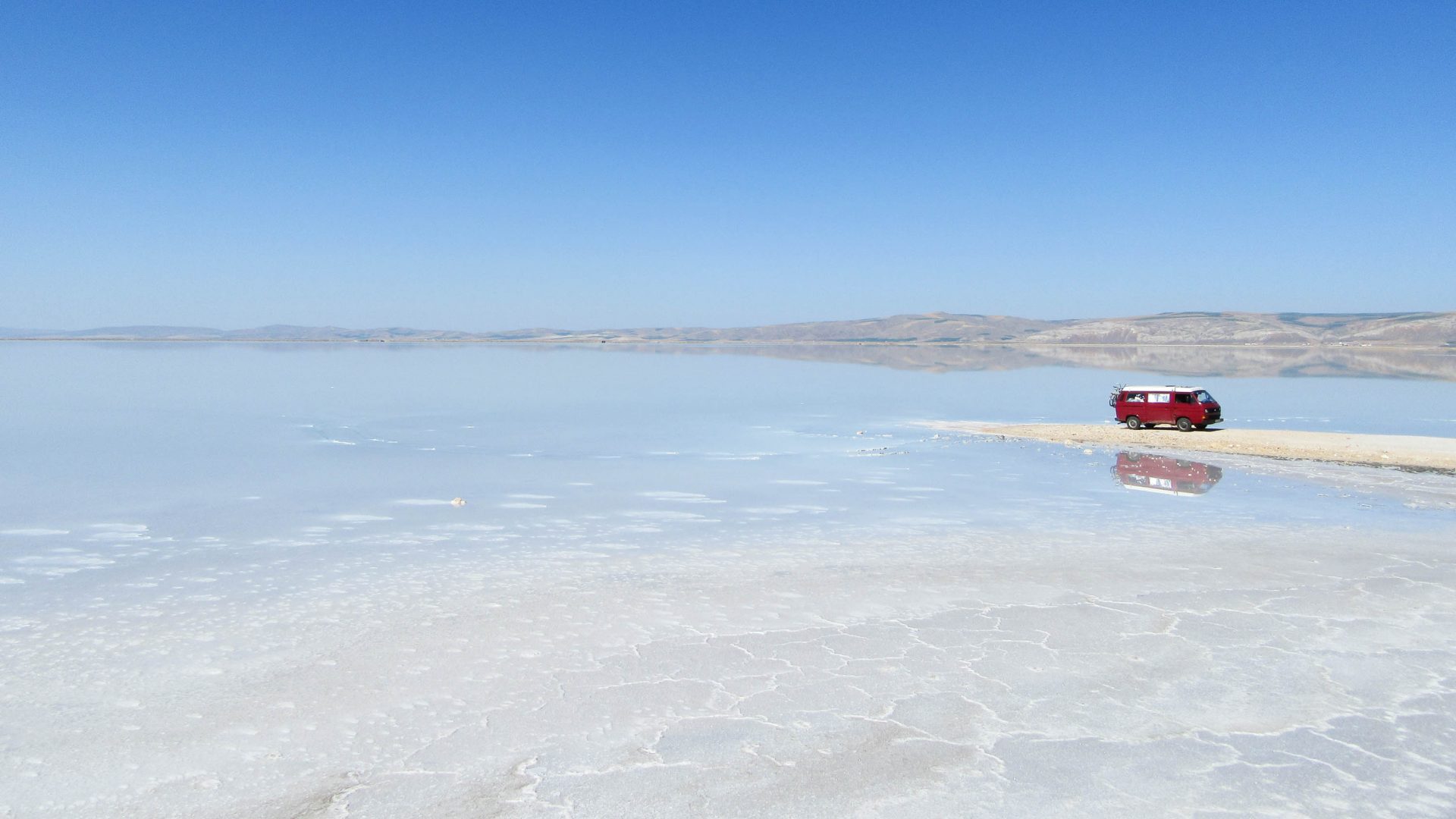 From easing heartbreak to soothing stress, could travel really be the best medicine?