The Welsh mining town transforming itself into an adventure hotspot 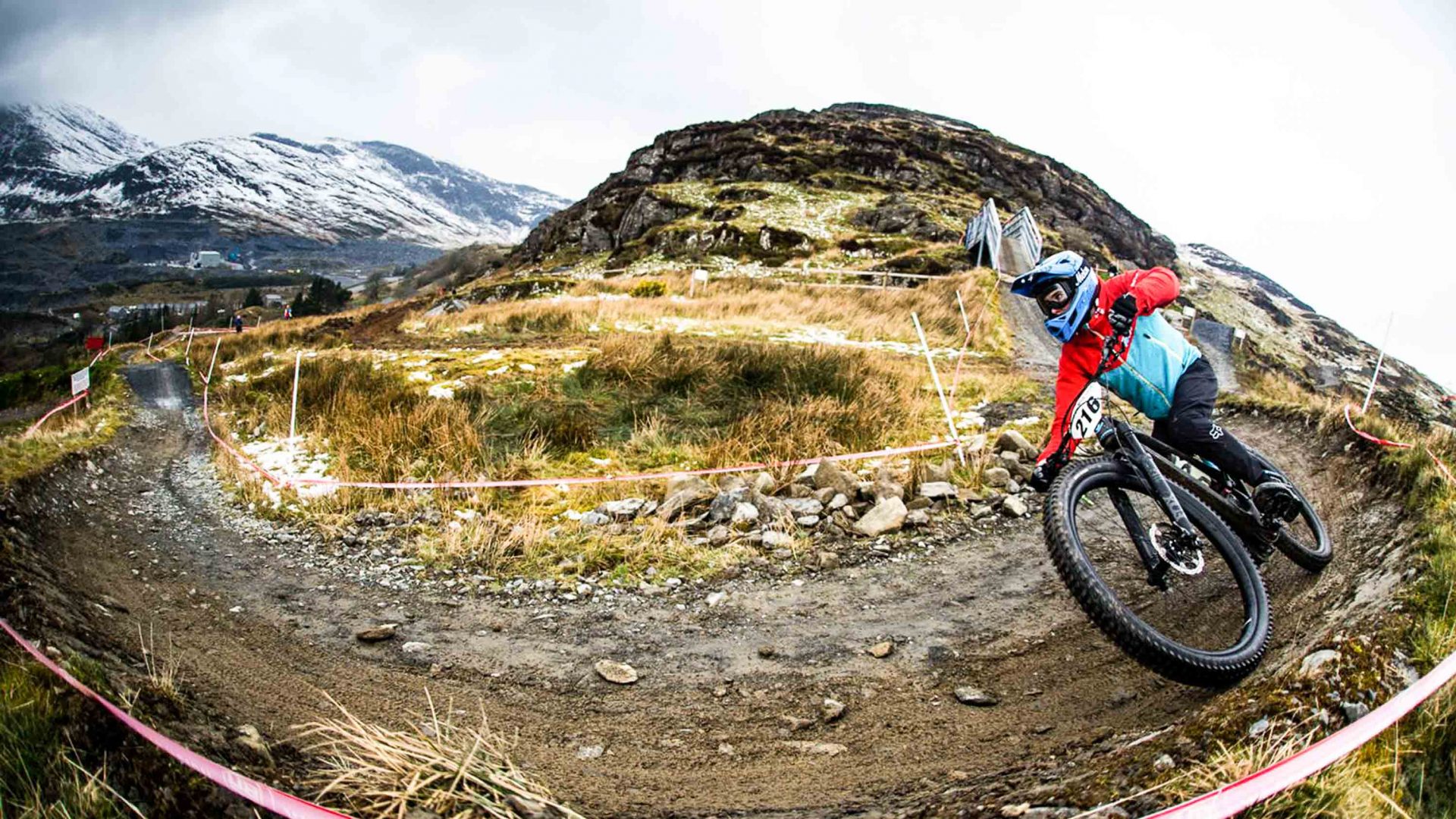 Once a mining mecca, and the poorest area in the country, this close-knit Welsh community is now using everything it has—from the mine shafts to the mountains—to breathe life into their town once more.

“There,” says Rich, training his torch on a miner’s caban, the typical shelter workers would have gathered in during their 30-minute break on a 12-hour shift. “Highlight of our working day, that was.”

We’re in the Llechwydd Slate Caverns’ appropriately-named Deep Mine, in the Welsh town of Blaenau Ffestiniog. The rudimentary shelter doesn’t look like much: Slates heaped around a table within the greater gloom of the chambers making up Level A.

Miners once looked forward to their half-hour in this dark den, cherishing the chance for a hot drink, gossip, news on sick or injured fellow workers, perhaps for a dig at the management that had them all working down here on a pittance of a salary. If their day’s highlight was anything to go by, the rest of it was pretty abysmal. “I started here when I was 16,” Rich, who now leads tours of the mines, says. “My father was 12; my grandfather eight. Imagine that today.”

But Blaenau is no boom-times-to-bleak-times sob story. Against the odds, the town is in the midst of a transformation into one of Wales’ biggest adventure travel destinations.

The conditions a miner would have endured down here, from childhood through to retirement or death, deprived of daylight during the week for five months each year, in constant danger from rock fall and crouched in filth and in back-breaking positions to ‘work out’ a chamber of slate, is hard to imagine.

RELATED: Coasteering: Why everyone’s throwing themselves off a cliff

As I arrive in town on a bitter April day, the remnants of two centuries of slate extraction are starkly evident. As over 90 per cent of what got mined was useless for the roofing industry that Blaenau predominantly supplied, sheer mounds of slate waste stack up in surreal mini-mountains, while the actual mountains of Snowdonia behind have been worked into abrupt bluffs and overhangs.

Some of these overhangs perch so top-heavily above the houses that a visiting professor once warned Blaenau could become the next Aberfan, the Welsh village engulfed by a coal slip in 1966. Mining apparatuses are everywhere, including, in pride of place on the town square, the locomotive that once shunted slate out of the caverns. The whole scene is scoured by snow on the higher slopes and icy rain below, supporting Blaenau’s claim to being Britain’s second-wettest settlement after Fort William.

Blaenau’s stint as a mining mecca might have meant hardship, but as Rich is keen to emphasize, workers were immensely proud of the region’s slate heritage. What must have been far harder was the growing realization, post-war, that the slate industry was declining and, toughest of all to take, when the majority of mining operations ceased. The void that was left soon had Blaenau standing out as the poorest area in Wales.

The key to Blaenau’s success lies in its incredible number of social enterprises, of which the region has more per capita than anywhere else in Wales.

“I remember the morning the bosses called me to show me the bottom slate pillars that held the whole Oakeley Mine up,” recalls Adrian Bradley, former mine foreman-turned-manager of Bleanau’s increasingly renowned mountain bike center. “When I saw the cracks I knew we couldn’t go on like this. Then it was like, well what’s next?”

On one vast site above Blaenau now sits a mine where the UK’s steepest passenger railway plummets you some 150 meters down to explore a network of 10 cavernous chambers where the history of mining is hauntingly explained.

If you’re not sufficiently sapped of breath, you can board a military truck for a bone-jolting off-road run through the quarries above, where the craggy environs seem all the more bizarre for being largely man-made.

Up here, in this barren-but-beautiful slate-scape, you can don a jumpsuit and helmet and whoosh down on Europe’s most extensive zip zone over old quarry workings. Or you can embark on one of 10 gravity-assisted downhill mountain bike routes, where slate mining heritage now lives on in exhilarating trail names such as ‘Black Powder’, once synonymous with mining explosives but these days known to the thousands of bikers coming here each year as one of North Wales’ premier black runs.

RELATED: How mountain biking is saving tiny towns around the world

Below ground, thrill-seekers can sign up for the unique subterranean adventure that is Zip World Caverns: This, the world’s biggest underground zip experience, has you soaring along wires and scrambling over footholds fixed high above before dropping into pitch blackness through the caverns of a disused mine.

“Management here have always been open to trying something new,” says Adam Lemalle, marketing manager at Llechwydd Slate Caverns, or Slate Mountain. He shows me some of the uses an old slate mine can be put to today. “We have cheese being matured down here, people have weddings here, and we even had someone come to search the mine for old railway sleepers to craft into artisan cutlery.”

“ … Tourism is a catalyst for the social and economic change that needs to happen, because the community comes first: That will be here long after the zip lines.”

An open-to-everything approach always helps. But the key to Blaenau’s success lies in its incredible number of social enterprises, of which the region has more per capita than anywhere else in Wales.

When the Welsh Government’s Communities First program (established to target disadvantaged groups) included the Blaenau area in 2001, locals used the opportunity to set up a community-run company that delivered an array of projects far beyond the normal remit of Communities First.

“Admittedly the young people today don’t care about the past; when they come here they want to get up that mountain and get their kicks,” says Adrian. “The idea now is to make them proud of all the adventure activities here, just like older generations were proud of the slate industry.”

The region’s social enterprises today have been responsible for developing a tourist information office, hotels, cafés, educational and environmental facilities and youth work. And now the area that was left out of Snowdonia National Park because of its slate mining may, thanks to community efforts, get UNESCO World Heritage Site status because of it, with a decision expected later this year.

“We are using old industry to create new industry,” explains community development officer Ceri Cunnington. “But tourism is a catalyst for the social and economic change that needs to happen, because the community comes first: That will be here long after the zip lines. It is important to celebrate our successes, but there’s a long way to go.”

Coasteering: Why everyone’s throwing themselves off a cliff