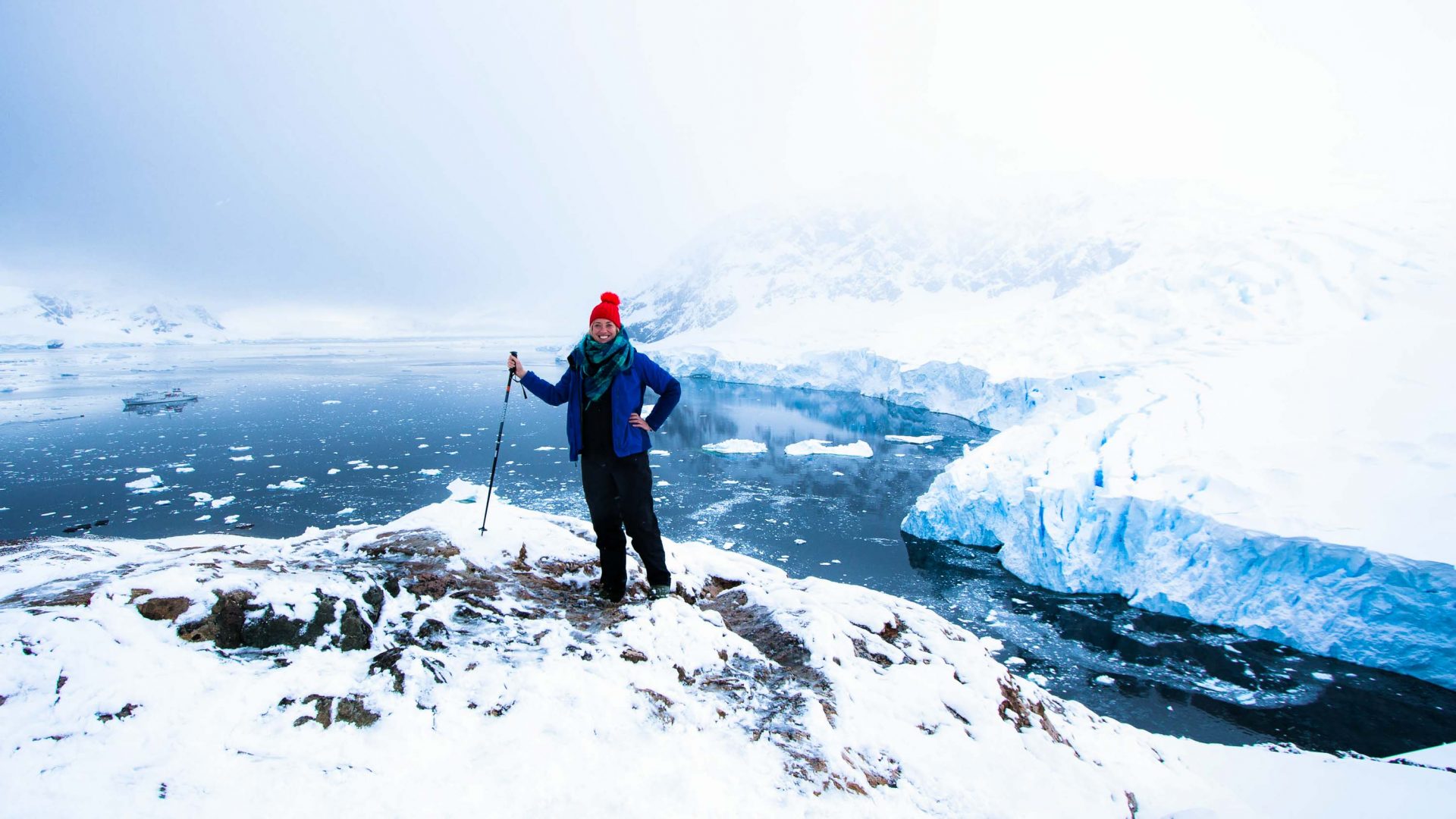 Until the late 1970s and early 1980s, the American and British Antarctic surveys barred women from working on the white continent. On a trip to Earth’s last wilderness, Ellie Fazan meets some of the women proving they’re more than tough enough to hold their own.

In November 2018, I received an email with “ridiculous question” in capitals in the subject line. I opened it right away. The message invited me to join a trip to Antarctica leaving Heathrow that evening. I said yes without a second thought.

But—believe it or not—it’s only relatively recently that women have been ‘allowed’ to the Antarctic.

2019 marks 200 years since the Antarctic suffered its first human footfall. A man’s. In a world that was rapidly changing, Antarctica was somewhere that men could be heroes. Elizabeth Leane, in her paper, Placing Women in the Antarctic Literary Landscape, shows the continent portrayed as “a monstrous feminine body” or a “virginal woman to be won through chivalrous deeds”. It wasn’t until the 1930s, another 116 years, that the first woman—Ingrid Christensen—would set foot on the continent. As a whaler’s wife, she was in a special position and made four trips that decade, the first time on the ship Thorshavn with her husband and fellow polar explorer.

“When Shackleton advertised his second expedition to the South Pole in 1914, he received this letter that said, ‘We are three sporty girls and don’t see why men should get all of the glory and women none.’ They were denied.”

During the 1950s, Russian marine geologist Maria Klenova began to conduct research within the Antarctic Circle (the first woman scientist to do so) and helped to create the first Antarctic atlas, but that icy ceiling remained for the majority. Janet Thomson started working for the British Antarctic Survey (BAS) as a scientist in 1964, but was barred from the continent itself because policy forbade women. It was felt they wouldn’t be able to handle the extremes in temperature or crisis situations. It wasn’t until in 1976 that she would set foot on the Antarctic, joining an American expedition and becoming the first British woman to conduct fieldwork there.

The reasons behind multiple rejections included that there weren’t separate toilet facilities or sleeping arrangements, and that women wouldn’t like it: “There are no shops and no hairdresser.” It was 1983 when BAS lifted their ban, and Thomson became the first woman to work on a British base. Finally overturning the notion that women don’t have the mental or physical strength for the world’s most hostile environment, in January 2018, The Ice Maidens, a group of six British women, became the first all-female team to ski across Antarctica using only muscle power.

Although things have changed for women, getting here remains an epic undertaking—no matter who you are. We fly via Buenos Aires, Santiago and the Falklands, where we board the ship. Heading ever southwards, time stretches infinitesimally and a palpable excitement rises. The sea changes daily, seabirds whirl and dive off the stern, and I spend a few glorious afternoons of solitude tucked into a nook on the deck, watching a pod of whales breaching round the bows, and going to lectures hosted by the ship’s crew, made up of world-renowned glaciologists, naturalists and historians—many of who just so happen to be women.

“When Shackleton advertised his second expedition to the South Pole in 1914, he received this letter that said, ‘We are three sporty girls and don’t see why men should get all of the glory and women none.’ They were denied,” historian Karen Williams tells us. Karen was one of three women who worked at Scott Base in 1978-79, the second year that New Zealand allowed women to do so. “At the time, it didn’t feel like we were doing something historic, but walking into the canteen, the whole room would go silent.”

Karen tells us about American physician Dr. Jerri Lin Nielsen who in 1999 self-diagnosed breast cancer after she discovered a lump while stationed at Amundsen–Scott South Pole Station. Winter had already set in making it impossible for aircraft to land and as she was the only doctor there, a welder helped her perform a biopsy. Chemo equipment was airdropped in, and she treated herself until she could be evacuated.

After three days at sea, we arrive in South Georgia, a wild and rugged island archipelago with (in summer) perhaps 30 residents—among them Sarah Lurcock. “People ask me why? But then our kitchen sink has the most incredible view.” She first came here with her husband more than 25 years ago. “I’m a biologist, and was hooked on the wilderness right away.”

“You never forget your first landing. I’ve been to the Antarctic over a hundred times now, but I still remember the penguins, the ice, the light. There’s nothing else like Antarctica. It holds the key to so much knowledge, and the work scientists are doing here is amazing.”

“Eventually, a job came up for a single man,” recalls Sarah. “Women weren’t allowed then. The second year I visited him, I couldn’t live in the garrison, so they did up the Post Office instead. The third year, I went with him, and no one questioned it.” Without an official job Sarah “made herself busy” doing field work, supporting the scientists, and working in the Post Office.

Now she’s the director of the South Georgia Heritage Trust where she helped raise $9.8 million (£7.5m) for the Habitat Restoration Project. Early sealing and whaling had introduced invasive species, devastating local bird populations. “Glaciers divide South Georgia, so this way, we could target individual rat populations,” she tells me. In April 2018, it was declared a success. “Within three months, birds were breeding in places they hadn’t for two centuries.”

A week after leaving London and there’s great excitement when we spot our first iceberg, an estimated 44 kilometers long. But a storm slows our progress. Waves engulf the bow as we pitch into the swell with a crash and crunch. I delight in this wild weather, but most other passengers are confined to their cabins with seasickness. The doctor is busy. Dr Joan Louwrens has been working on Antarctic voyages since January 2013. Her first journey was to the ice shelf on the South African Research vessel, the SA Agulhas. “I was asked to join the expedition of Sir Ranulph Fiennes as he attempted to cross the Antarctic in winter. As we headed south, we became aware of an ethereal hazy white ridge line on the horizon. As we pushed into the surface ice, it was breathtaking.”

RELATED: The women on the frontlines of wildlife conservation

Ice rattles and splinters as it piles up on the shore when we land at Turret Point on King George Island. A short walk through knee-deep snow takes us to a spot where gentoo penguins are nesting. A skua, a predatory seabird, hustles ever closer, eventually darting in and stealing a chick. It’s like visiting another unspoilt planet, one where animals are in charge.

“You never forget your first landing,” says the ship’s program coordinator, Eva Molin Westerholm. “I’ve been to the Antarctic over a hundred times now, but I still remember the penguins, the ice, the light. There’s nothing else like Antarctica. It holds the key to so much knowledge, and the work scientists are doing here is amazing.”

Neko Harbor is my favorite landing, where surrounding glaciers add to the drama by breaking and crashing into the sea. After a strenuous hike uphill, I stand on the edge of the world for a photograph, feeling like I’ve conquered it. Although I’ve done nothing compared to the great explorers. And while I’m more aware than ever that until recently these were almost exclusively men, on this journey, I’ve met many great women, all of them doing extraordinary things.

The writer traveled with Exodus who travel to Antarctica, the Falklands and South Georgia.

Ellie Fazan is a writer and award-winning editor with an equal passion for both the world’s wide open spaces and its teeming cities. This year sees her trekking to Everest Base Camp. 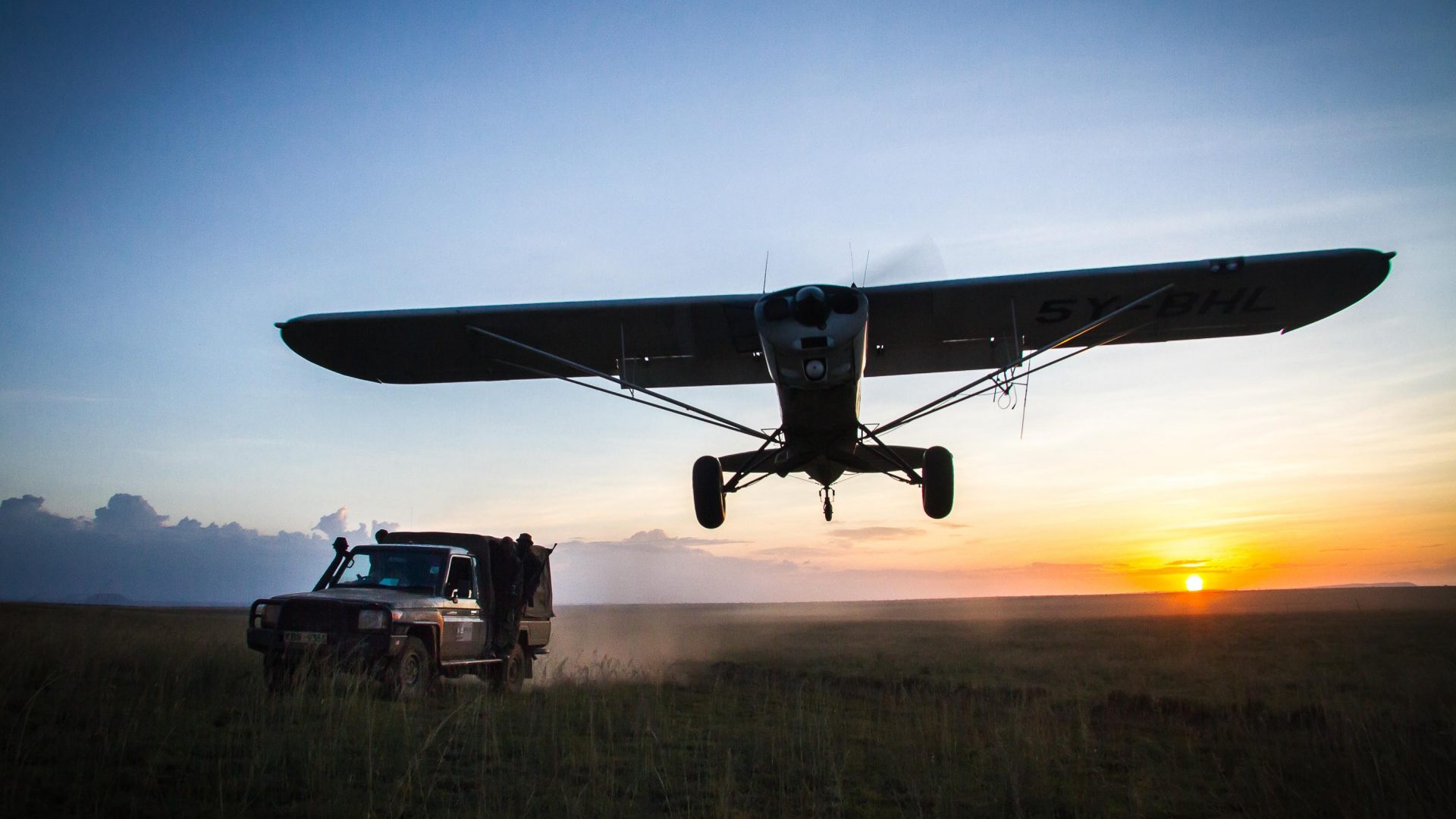 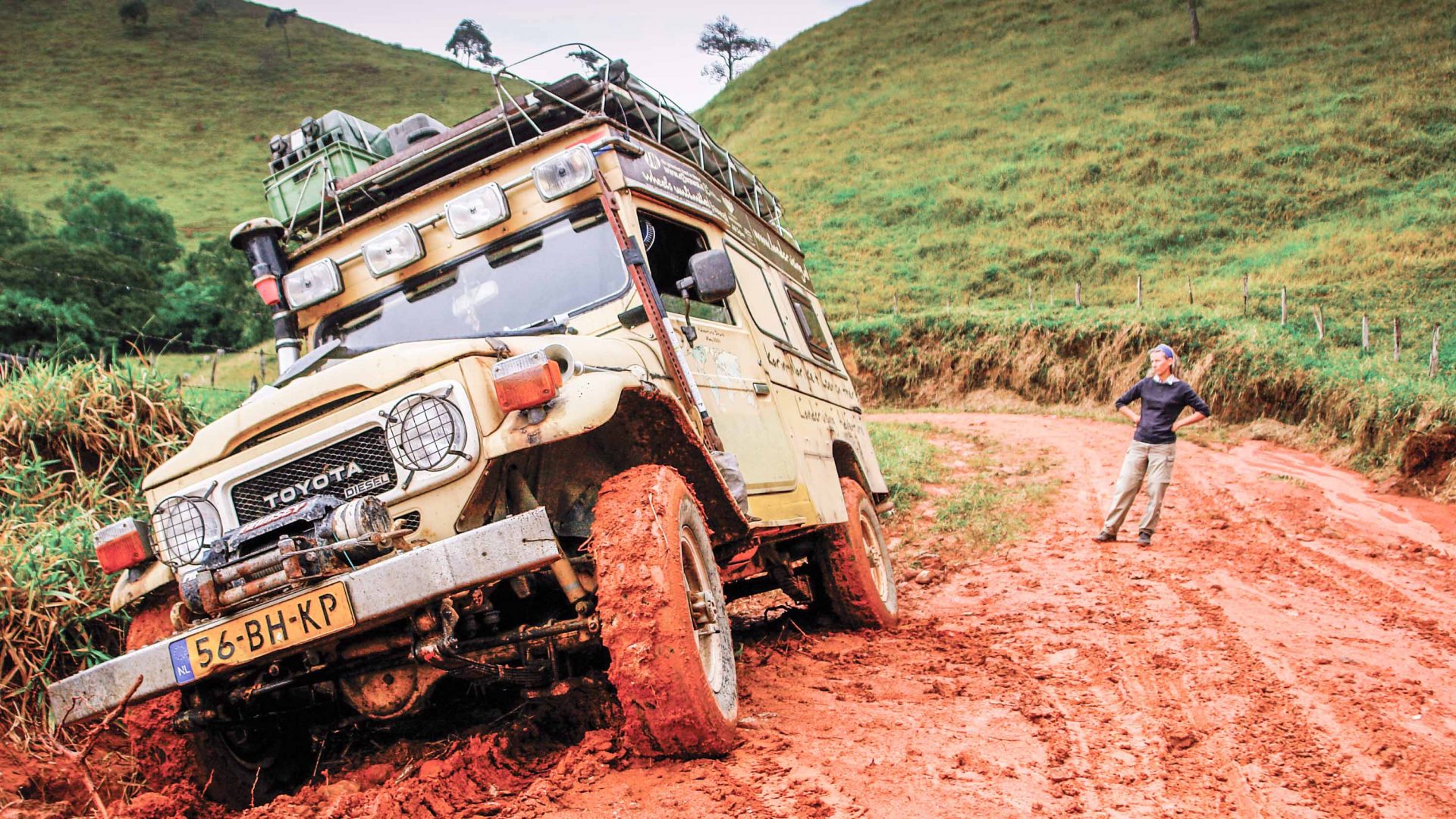 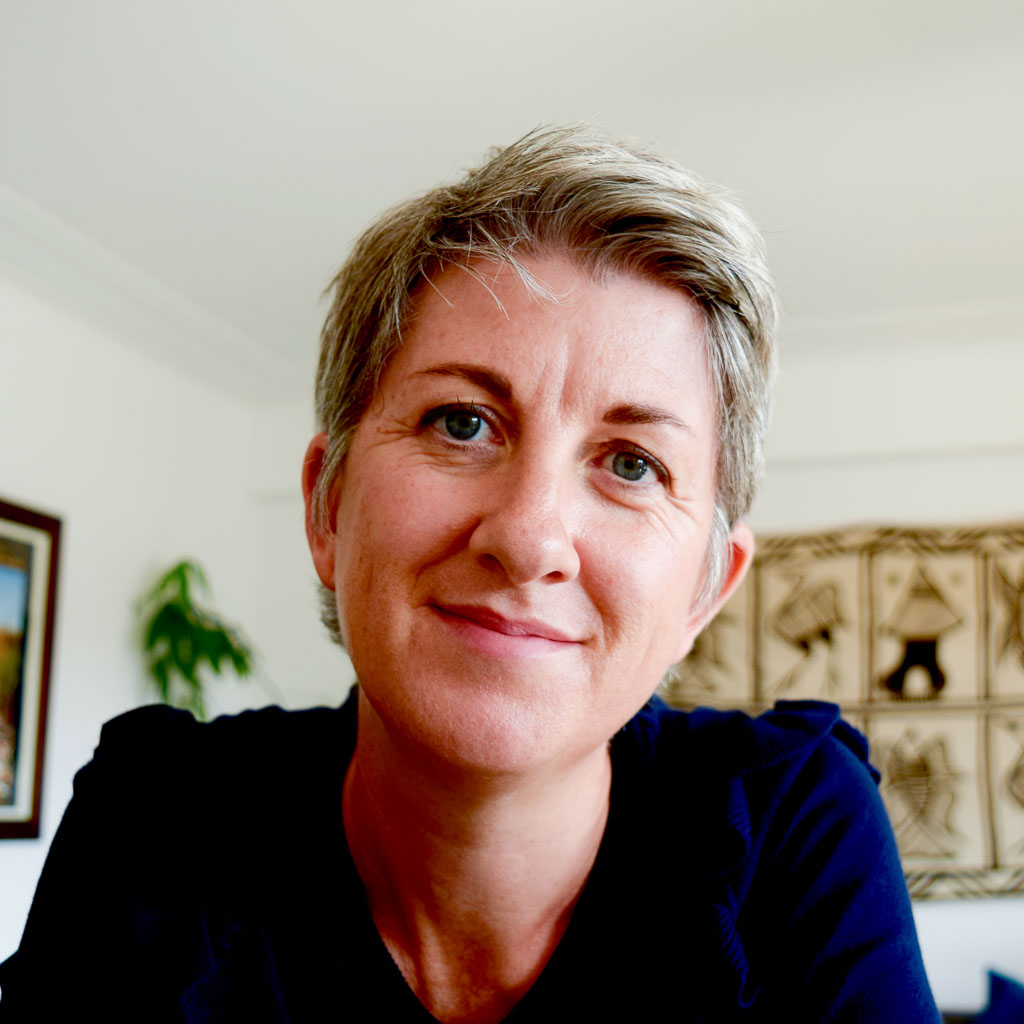