Should you visit sites of mass murder on ‘holiday’? Ahead of Angelina Jolie’s Netflix original about the Khmer Rouge in 1970s Cambodia, we look at dark tourism and why it’s so important that people visit places of grief, death and suffering.

There’s never a ‘good’ time to visit Choeung Ek, the ‘killing kields’ which lie outside the Cambodian capital Phnom Penh. The same can be said for the Tuol Sleng Genocide Museum, the high school-turned-prison in the heart of the city. Both were places of torture, starvation and death between 1975 to 1979 when Pol Pot’s Khmer Rouge took over Cambodia.

It’s a story many non-Cambodians only come to know when they visit Cambodia on holiday. In 1984, the book The Killing Fields charting the relationship between American journalist Sydney Schanberg and his Cambodian fixer Dith Pran, was turned into an international film, but now, some 30 years on, this history may reach a new, wider audience—not just globally but even among Cambodia’s younger generation.

Based on another book, First they killed my father: A daughter of Cambodia remembers, it’s a story of one family’s fate through the eyes of five-year-old Loung Ung. Directed by Angelina Jolie whose son Maddox is Cambodian, scripted by Jolie and Ung herself, and cast with local talent, it will be released as a Netflix Original later in 2017.

Gallery: Angelina Jolie on set during filming of First They Killed My Father

Some question the need to delve into darkness on holiday. Well, you don’t have to. The question is, should you? This is such recent history, that it seems remiss not to, especially when you consider the facts. Two million people, around a quarter of the population, died in that era. Children born in the 1970s, during the Khmer Rouge era, are only in their 30s and 40s now. And many older Cambodians are, in varying degrees, either perpetrators or, more likely, victims of the regime that decimated their country.

Even after Vietnamese troops arrived in 1979, the Khmer Rouge continued to terrorize from their hide-outs until they officially dissolved in 1998 after Pol Pot’s death. For many, the pain never ended, and it still doesn’t. Ung’s sequel, After they killed our father is an equally stirring read, charting the post-Khmer Rouge years and its effects.

The repercussions are played out all over Cambodia today. The regime murdered teachers, doctors, writers, artists and lawyers, some of them foreigners, which left a huge gap in these sectors—it takes time to plug that hole with a new generation of experienced professionals but in the meantime, many have missed out on the expertise and education they would have offered. And by dint of association, the paranoid state, known mysteriously as ‘Angkar’, also murdered victims’ families and children, taking out entire families.

Much of Cambodia’s infrastructure including roads, bridges and railways, was also destroyed. Subsequent governments, including the current one headed up by Hun Sen, a former Khmer Rouge member and prime minister since 1985, have done little to remedy it. Education, healthcare and opportunities are out of reach for many. For anyone visiting Cambodia, knowing the whys and hows puts this into perspective.

The rice paddies and villages of rural Cambodia may be lush and beautiful, but it’s here where some of the most difficult passages in the book take place, tales of death, starvation and survival in their homeland at the hands of their own people.

During the four-year massacre, the state of ‘Angkar’ forced the population to farm the land, no matter their background, in an ill-fated attempt to create an agrarian utopia. Property, individuality, religion, arts, unauthorised relationships were banned. There was some reprieve for ‘base people’, long-standing farming families who had long resided in the villages, but long hours, reduced rations and back-breaking work were the norm in many of these ‘re-education camps’, and thousands died from malnutrition.

It’s this experience which Ung captures so well. In just two chapters, she describes the joys of family life in Phnom Penh with such vividness, it haunts you for the remainder of the book. The arrival of Khmer Rouge soldiers in 1975 turned a lively, chaotic city into a ghost town, as she, her six siblings and parents began the long walk to the unknown. The rice paddies and villages of rural Cambodia may be lush and beautiful, but it’s here where some of the most difficult passages in the book—and film—take place; tales of death, starvation and survival in their homeland at the hands of their own people.

“A society cannot know itself if it does not have an accurate memory of its own history.”

— Documentation Center of Cambodia for Memory and Justice

Her story is the story of modern Cambodia, and that’s why it’s important to know. At the Tuol Sleng Genocide Museum, the high school turned into the S-21 security prison, blood-stained walls, torture devices and mug shots are reminders of the estimated 17,000 who died in these stark rooms. In one section, black-and-white photographs show the bodies of victims found by Vietnamese photo-journalists. They discovered the prison after following the smell of rotting flesh.

It feels even more relevant when you meet the only two remaining S-21 survivors, who have chosen to spend much of their retirement here, and for obvious reasons, are permitted to sell their autobiographies and artwork near the entrance.

One is 85-year-old Chum Mey, author of ‘Survivor’. His wife and children were killed but his life was spared when Khmer Rouge soldiers discovered he was a mechanic and could repair typewriters—a much-needed skill in a regime which recorded numerous false confessions. The other survivor is 75-year-old artist Bou Meng. His wife, a midwife, was killed by the Khmer Rouge but his artistic skills saved him, and he spent much of his time here painting portraits of Pol Pot and other leaders. Both men are haunted by their memories and losses, and suffer physically from their torture, but their commitment to keep history alive is astonishing. Meng has also testified against ex-prison chief Comrade Duch who eventually received a 35-year life sentence, although far too many escaped justice.

“I didn’t think it was possible. Why would Cambodians kill Cambodians? That’s what some of my friends think even now. I tell them what I see, but it is so hard to believe.”

Outside Phnom Penh are the Killing Fields at Choeung Ek, one of around 150 such fields around the country where prisoners were killed and buried in mass graves. While unbearably harrowing, processing the two places together is what most travelers choose to do. A thoughtful, poignantly read audio guide accompanies you from spot to spot. You lose yourself in the stories of psychological and physical cruelty on these now quiet, green meadows, and often find hot tears streaming down your face.

Some are most moved by the bones and skulls in the pagoda. For others, it’s the disturbing audio, hearing the nationalist anthems which were blasted out at deafening volume to drown out the killings. For many, it’s the Killing Tree where soldiers would beat babies to death—paranoia underpinned the Khmer Rouge regime and the idea that these babies may grow up and exact revenge for the fate of their families drove the regime to murder them. Ammunition was costly, so various implements were used in the most barbaric of ways.

So why go? Why spend a morning in shock, horror, anger and tears? Why do this ‘on holiday’?

Because while no-one can change history, each one of us can honor it. History was someone else’s ‘now’, after all. The sad truth is even many in Cambodia’s older generation don’t talk about these awful days, preferring to push it out of their mind, which one can understand. But with around two-thirds of the population under 30, the result of that approach is some of the younger generation don’t quite believe those years were as bad as they were. A 24-year-old tour guide admitted he also used to question it, until he started working in tourism.

“I didn’t think it was possible,” he says. “Why would Cambodians kill Cambodians? That’s what some of my friends think even now. I tell them what I see, but it is so hard to believe.”

Khmer Rouge history wasn’t even taught in schools until 2007 — that’s almost 30 years of school pupils relying on anecdotes and stories, coupled with a ‘don’t look back’ attitude. And not just by some of their elders – it’s also promoted by prime minister Hun Sen whose National People’s Party, in power since the 1980s, benefits from this ‘don’t rock the boat, stay with us and things stay peaceful’ narrative.

“A society cannot know itself if it does not have an accurate memory of its own history’, says the Documentation Center of Cambodia for Memory and Justice. While Pol Pot was denounced by his own party at a show trial in 1997, he died a year later under house arrest—and many others have not been brought to trial. For many, including Loung Ung who even as a child ‘hated Pol Pot’, justice has not been served at all.

With so many opportunities to have a good time in Cambodia, particularly in heady, booming, lively Phnom Penh, one of the most likeable cities in Southeast Asia, taking half a day out to understand its history seems more than appropriate. Ignorance isn’t bliss, even on holiday.

Find out about Loung Ung, the author of ‘Before they killed my father’ and ‘After they killed our father’.

Read more about the work of the Documentation Center of Cambodia for Memory and Justice. 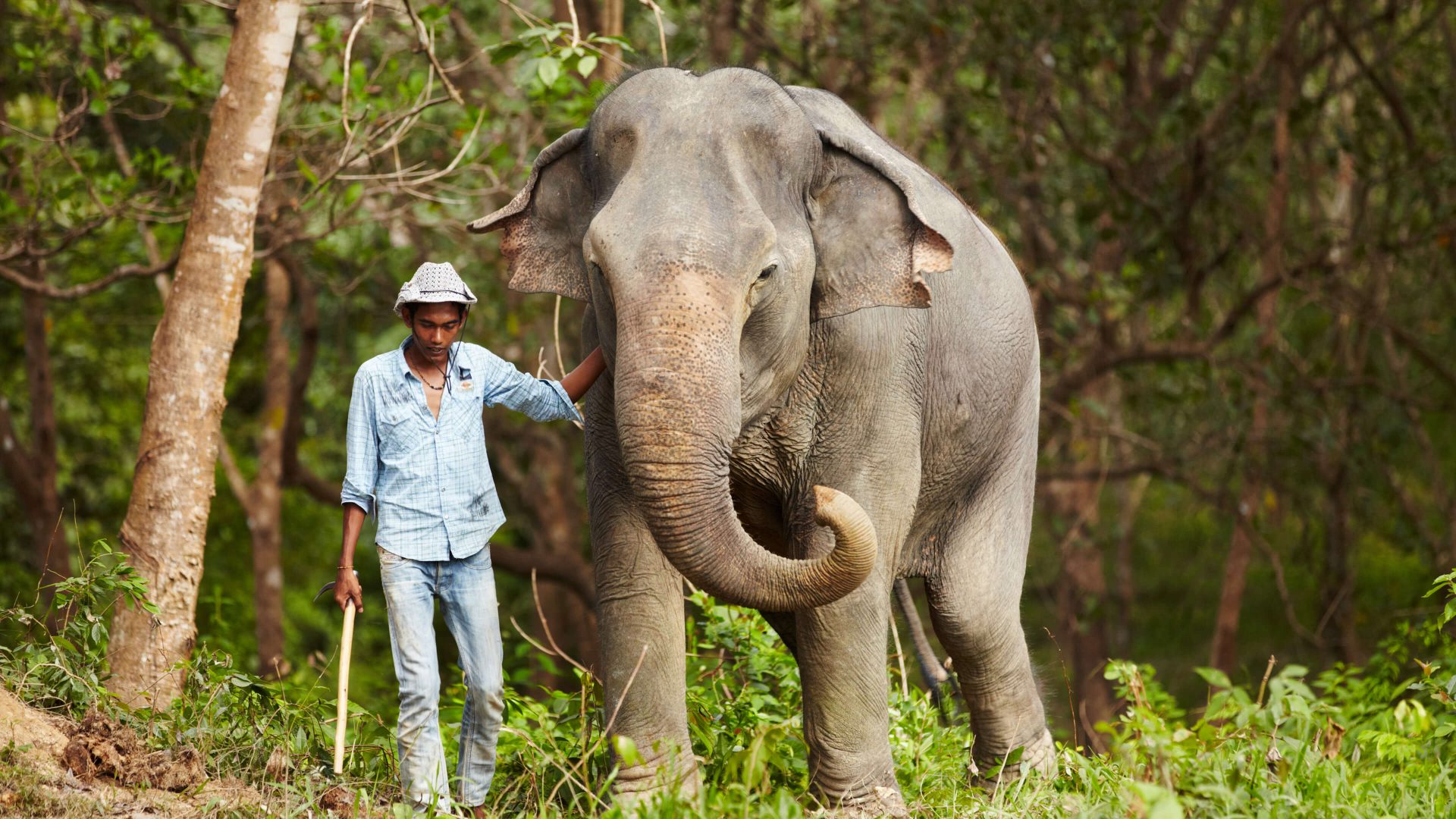